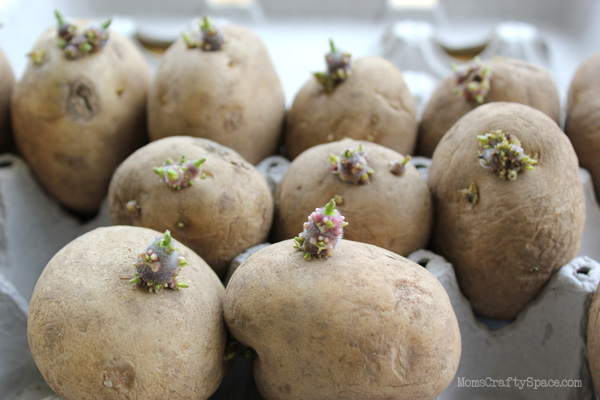 Early spring is my most favorite time of year because our garden starts to burst with new life. Every year we expand our garden a little bit and introduce a new vegetable or two into the rotation. This year we’re attempting to grow potatoes (Yukon Gold) for the first time. Right now we are chitting the potatoes – placing them in an egg carton and letting them sprout in the house in natural light – before planting them in a barrel out in the garden. The boys were excited to learn how a potato grows, and they’re looking forward to making our own french fries. 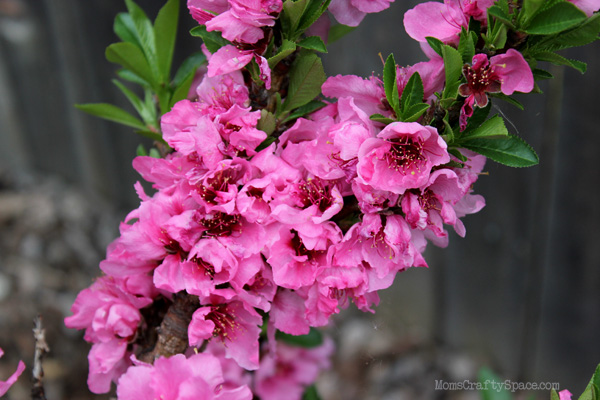 Mitch transplanted our tiny nectarine tree into the ground this year, so hopefully by next year it will be large enough to start bearing a crop of fruit. Last year we only had three small nectarines on our baby tree, but they were so delicious! I can’t wait until we start getting a lot more of them. 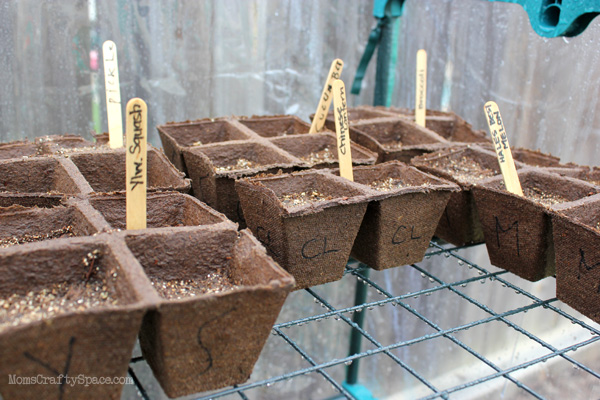 The first round of seeds have been planted and are hanging out in the new mini-greenhouse. Sawyer planted most of them for me – zucchini, yellow squash, basil, broccoli, cucumbers, pickling cucumbers, cantaloupe and a few flowers. We’ll start watermelons soon and several different varieties of pumpkins and gourds in a few weeks. Rainbow carrots, lettuce, spinach, and snap peas will all be directly sowed into the garden beds this weekend. The boys and I have grand dreams of a sunflower house and a green bean teepee, but I need to get started on it ASAP if I want to make it happen. I decided to skip attempting to start my tomatoes and bell peppers from seed this year and will just buy a few plants from the nursery. 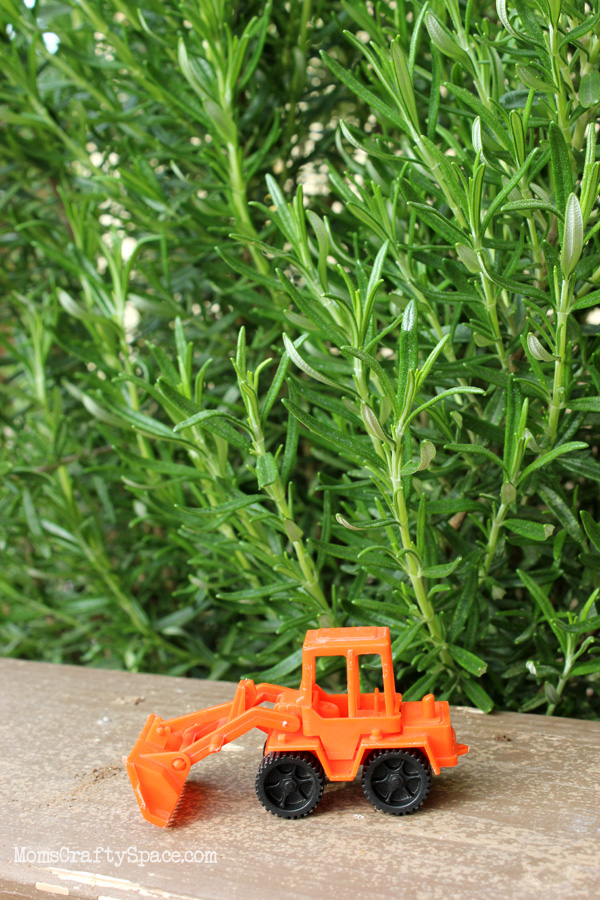 There’s evidence of my boys in the garden everywhere you turn. They love being outside in springtime as much as I do – digging in the dirt, watering the plants, running tractors through the rock pit and tending to their seedlings. 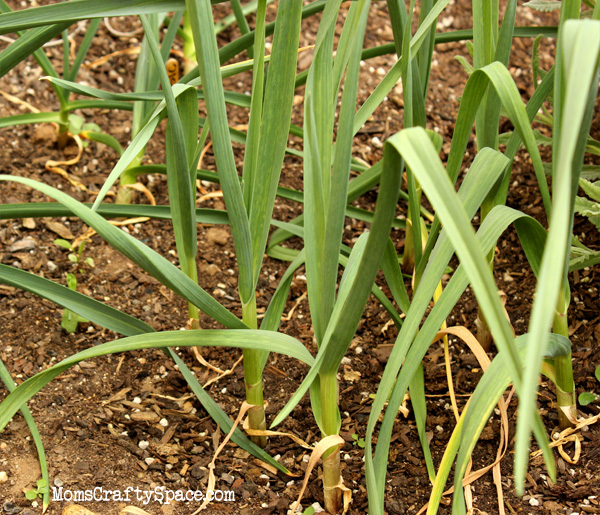 This is also the first year that we planted garlic in the garden, and it seems to be doing really well. We planted five different varieties in November, and it should be ready to harvest around May. It looks like we will likely end up with about 30 heads of garlic. 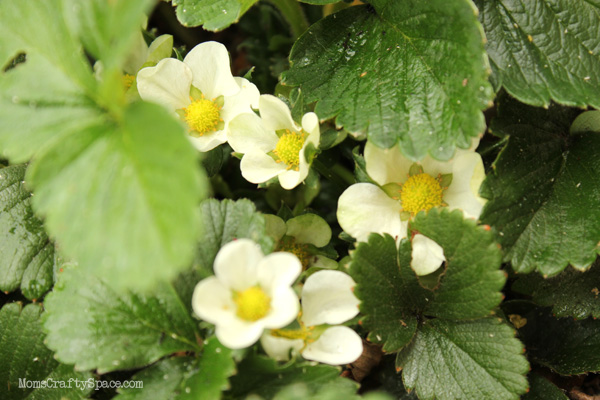 The strawberries are already blooming despite the fact that I need to transplant them to a new (as-yet-still-unbuilt) bed in another area of the yard. 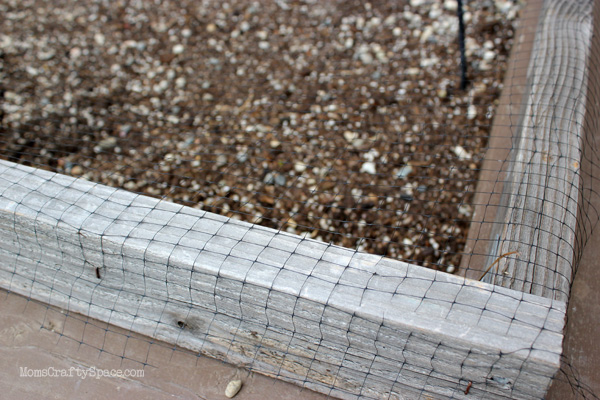 I filled the bed closest to our patio with summer-fall blooming flower bulbs this year – peonies, gladiolus and dahlias – and sprinkled the rest of the bed with wildflower seeds. I used a net frame to cover the dirt and keep the neighborhood cats out until the plants start poking through the surface. 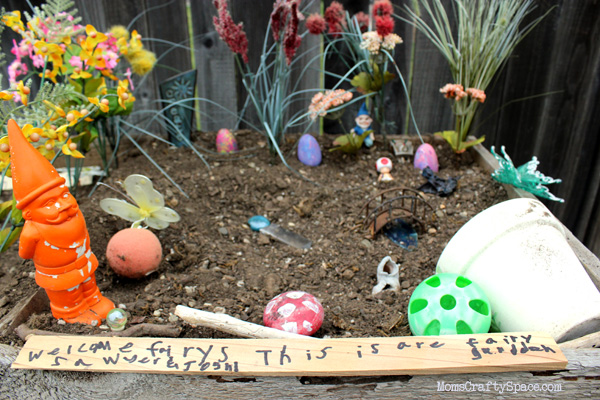 “Welcome fairys. This is are fairy garden – Sawyer & Josh”

Last week I emptied our fairy gardens of last year’s shabby remains, and as soon as I left a blank canvas of dirt boxes, the boys and their friends started putting everything back in (along with a few other random toys and treasures)…except the plants! They improvised with some old faux flowers that they found, and I have to admit that I was totally impressed with their inventiveness! 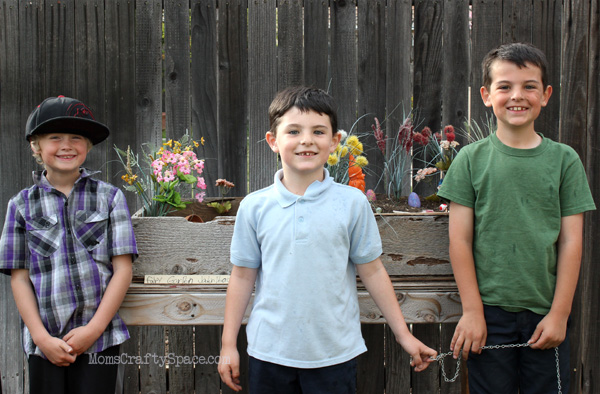 We’ll fill up their gardens with some new live greenery in awhile, but in the meantime they’ve been having a blast playing in their own creation.

I started drying this gourd last fall in the hopes of turning it into a birdhouse, but Simon accidentally smashed the side in. I think it would make a perfect cottage for the fairy garden in the shape that it’s in now. Just one more project to add to the to-do list!