These easy-to-make twice baked potatoes are loaded with cheddar cheese, bacon and kale with a buttery oyster cracker crumble topping –  comfort food at its best! 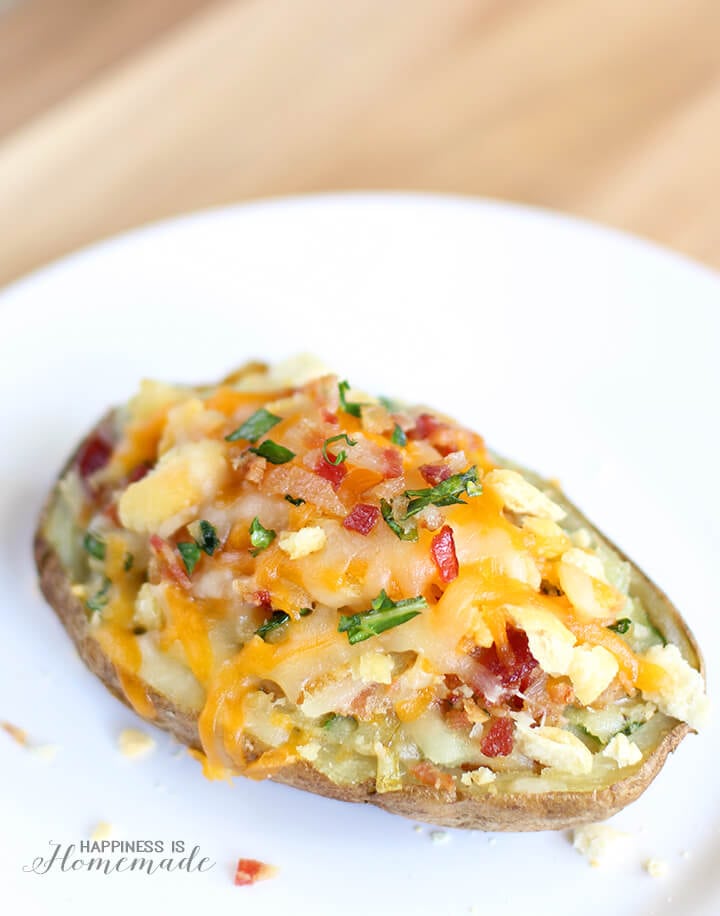 My boys and I love watching the television show Chopped on The Food Network, so I was really excited when I was invited to participate in the Chopped at Home Challenge. You can play along at home, too, and you could even win $10,000! Just submit your own recipe using this round’s mystery basket ingredients, and you could be the grand prize winner! 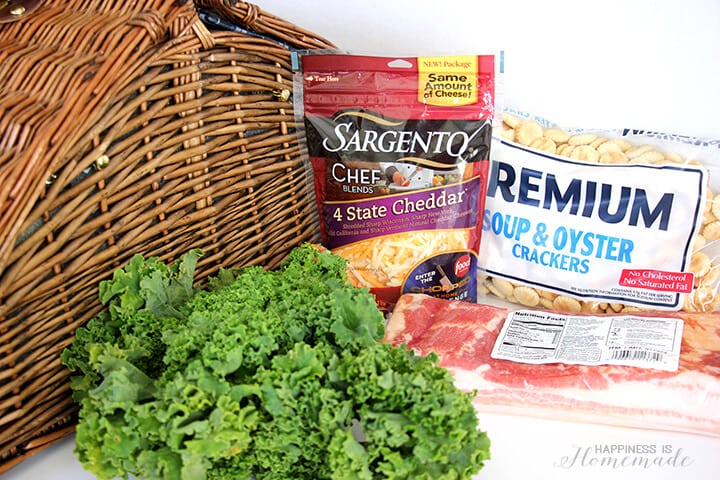 My mystery basket of ingredients contained:

My initial thought was to make a quiche with bacon, kale, cheddar cheese and an oyster cracker crust, but I was worried that idea might not be creative or out-of-the-box enough (the Chopped television show awards points for creativity, so I wanted to play along!). Instead, I decided to make loaded twice-baked potatoes with an oyster cracker crumble topping.

(Honestly, I made a quiche, too…I couldn’t resist! I’ll share that recipe with you next week.)

Start by washing two large russet potatoes and piercing them several times with a fork. Wrap in foil and bake at 350 degrees for one hour, or wrap in a moist paper towel, and microwave for 8-10 minutes until tender. 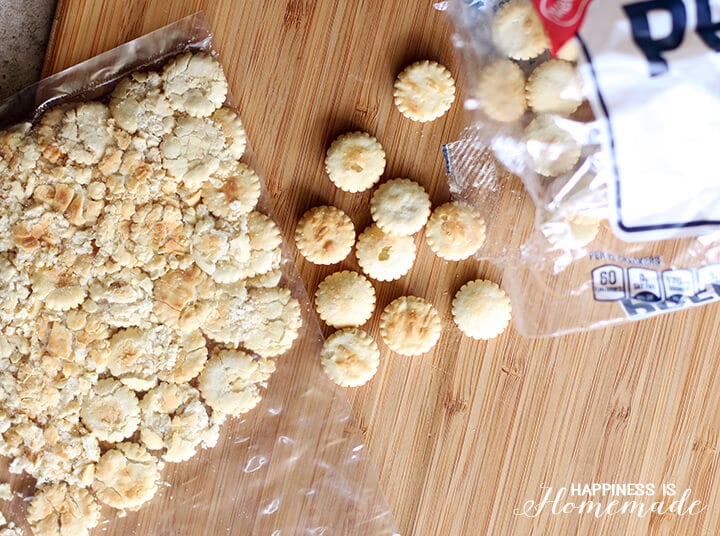 While the potatoes are baking, crush 1/2 cup of oyster crackers into large crumbs and cook the bacon in a shallow skillet. In a small sautee pan, caramelize diced white onion with two cloves of garlic and some butter (or even better, use a bit of the bacon renderings!). 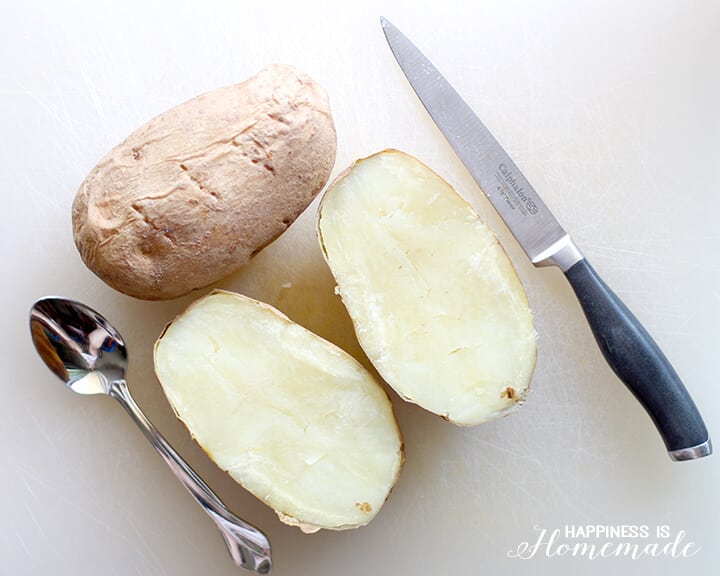 Allow the baked potatoes to cool enough to handle, and then slice them in half lengthwise. Use a spoon to hollow out the potato flesh, and then place the empty skin shells on to a baking sheet. 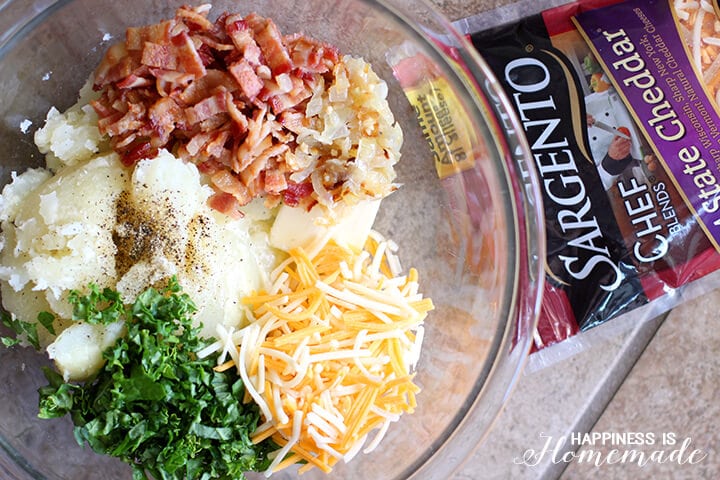 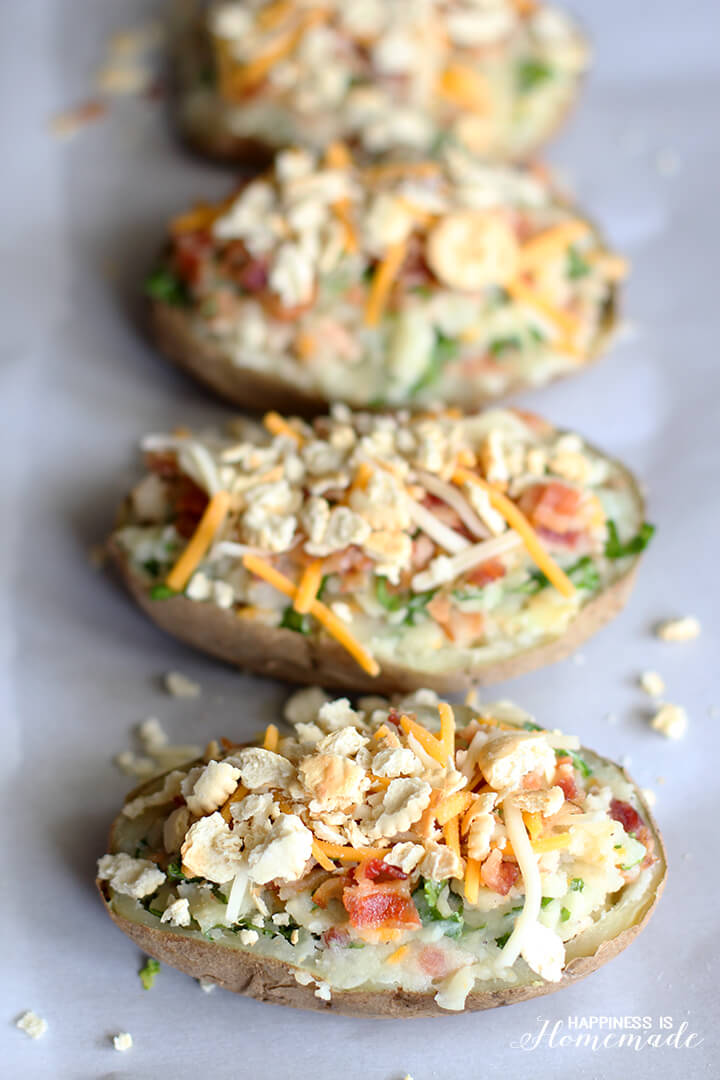 Fill the potato skin shells with the filling mixture and top with the oyster cracker crumble and another handful of Sargento 4 State Cheddar. Trust me, once you taste the full flavored mixture of sharp Wisconsin cheddar, sharp Vermont cheddar, sharp New York cheddar and mild California cheddar, you’ll be begging for more! 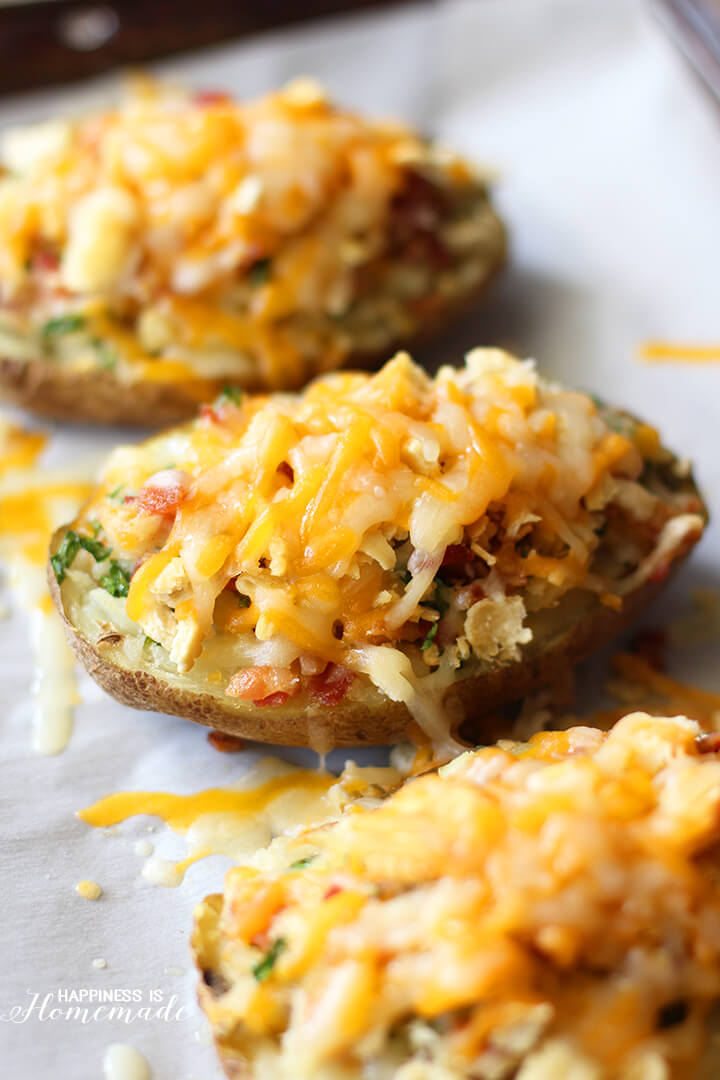 Bake at 350 degrees for 15 minutes or until the cheese is melted and gooey. 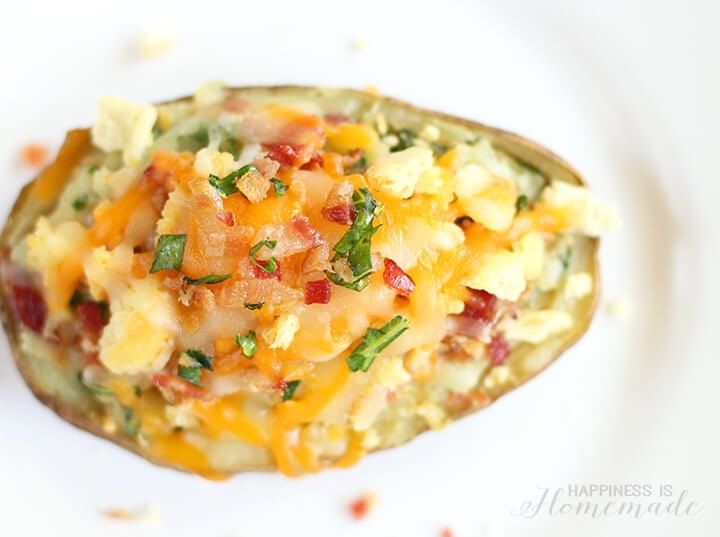 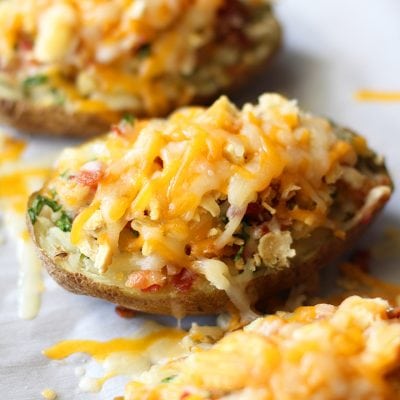 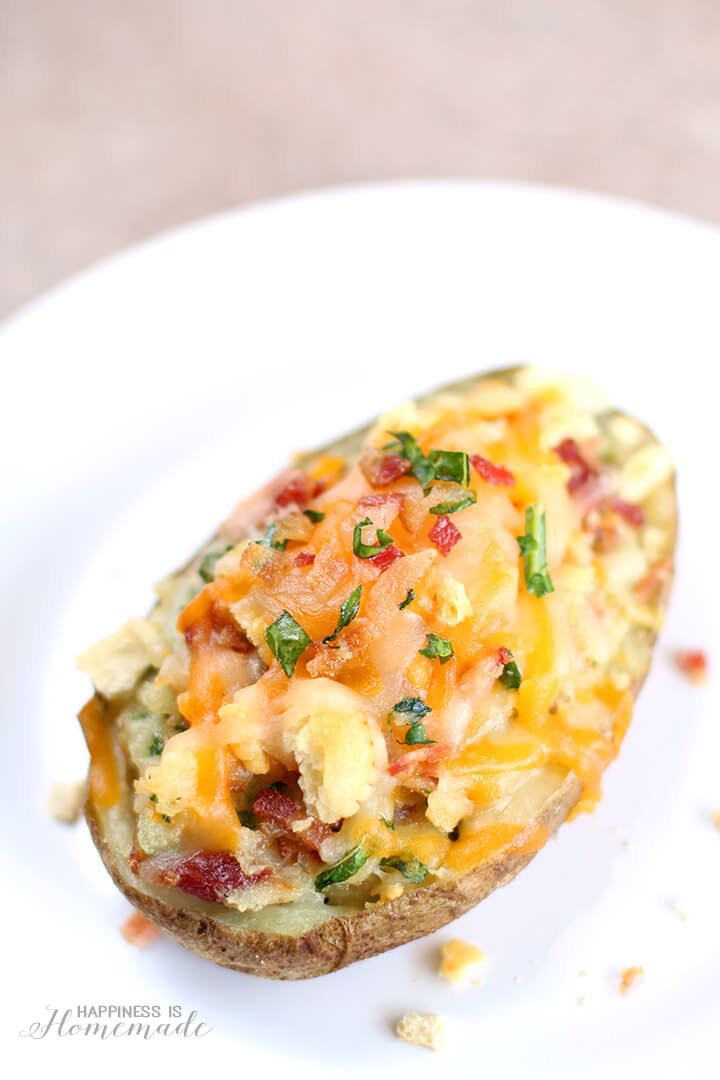 These cheesy bacon and kale twice-baked potatoes were a huge hit with everyone in our house! The flavors of bacon, kale and cheddar were born to go together, and the oyster cracker crumble topping adds the perfect amount of buttery crunch. YUM!

Available in 30 versatile varieties, unique blends and distinct cuts, Sargento Shredded Cheese is always cut from blocks of 100% real, natural cheese. For more inspiration, check out the Sargento Pinterest page Pinterest.com/sargentocheese/ or visit Sargento.com for more information. The Chopped at Home Challenge gives viewers a chance to create their best recipe using the selected basket ingredients, including Sargento Shredded Cheese, for a chance to win $10,000!

This is a sponsored conversation written by me on behalf of Sargento. The opinions and text are all mine.