These fluffy cinnamon sugar donut puffs are sweet bites of perfection! They make a great breakfast or dessert, and I love that they’re baked not fried! 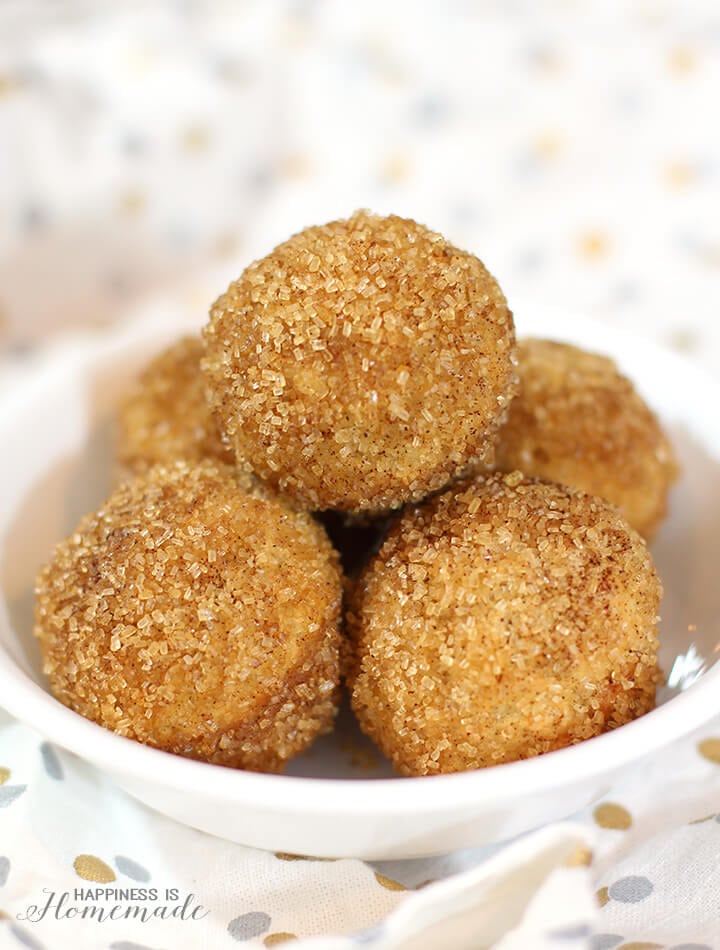 One of my favorite holiday traditions is the huge holiday brunch that we enjoy with my entire extended family on Christmas morning. Each year my parents make over a dozen omelets, bacon, sausage, and waffles with fresh fruit, and my three sisters and I each bring a dish to share as well. This year I’m bringing these delicious cinnamon sugar donut puffs to brunch, and I already know that they’re going to be a BIG hit! 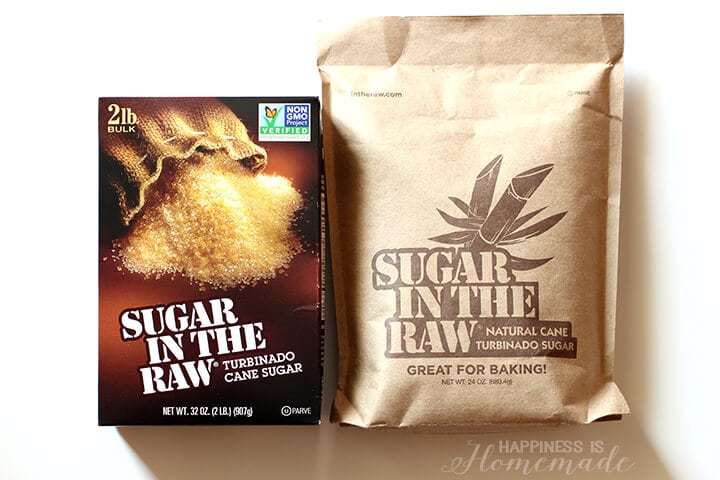 You may have seen Sugar In The Raw® in the baking section of your local grocery store (consumers on the East Coast will be familiar with the 2 lb bulk box, while West Coast consumers will recognize the 24 oz bag), and there is seriously no better sugar for these cinnamon sugar donut puffs. Sugar In The Raw is great for baking, and it’s also my favorite finishing sugar for all of my muffins, pies, cakes, etc. The natural cane turbinado sugar is a larger coarse grain sugar, so the bigger granules won’t dissolve or disappear when you’re using it to finish your baked goods. It’s SO yummy, too! (Click here to find In The Raw brand sweeteners at a store near you and download the latest coupons!) 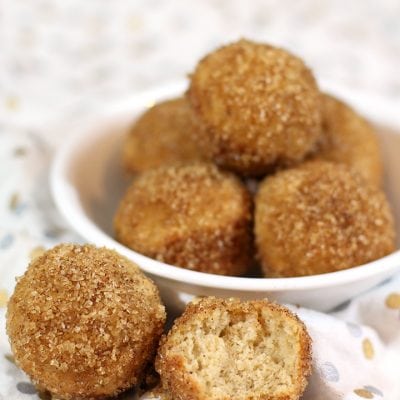 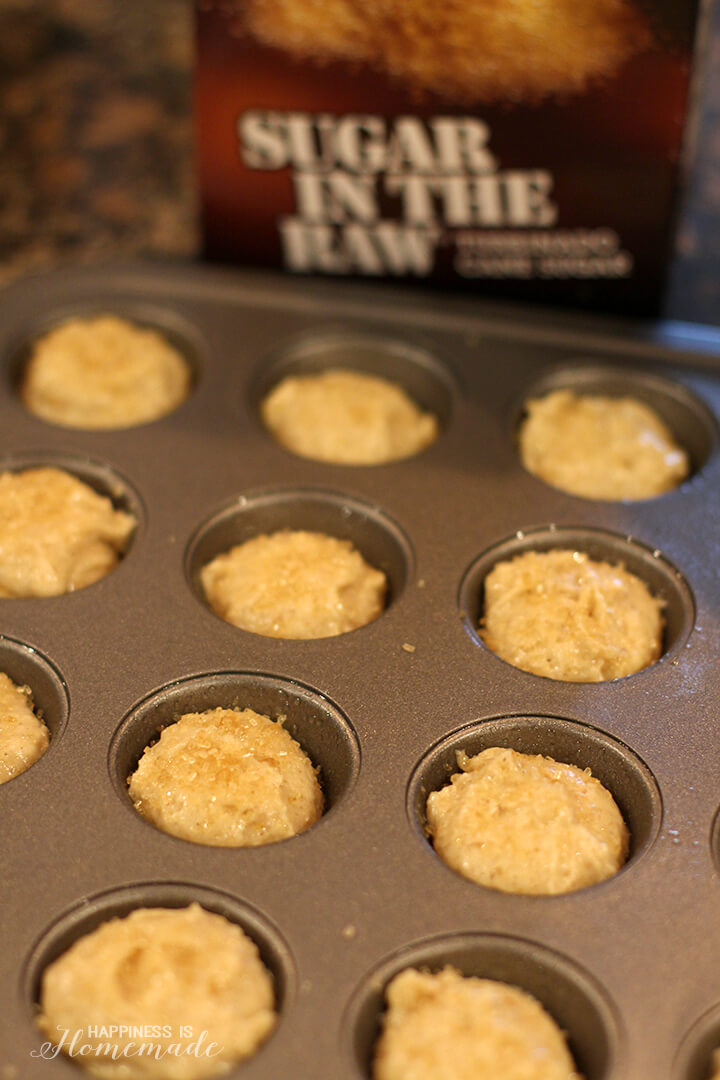 Now, I suppose that since I’m baking these in a mini muffin tin, they could technically be called muffins, but since the base of this recipe is identical to my favorite baked donut recipe, I’m calling them donut puffs. I like to top the unbaked dough with a sprinkle of Sugar In The Raw because I love the way that it bakes into the top and gives it a sweet crunchy layer. Note: the donut puffs rise a LOT during baking, so be sure that you don’t overfill the muffin cups! 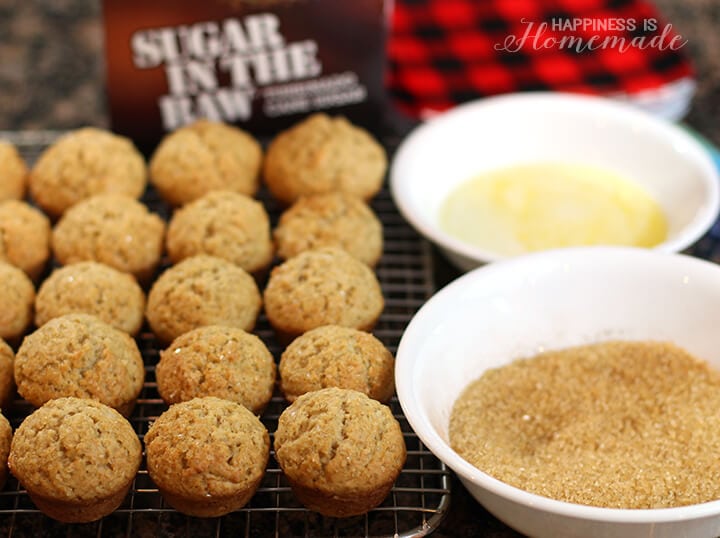 These little donut puffs are delicious fresh out of the oven just like this, but they’re even better when you roll them in another layer of cinnamon sugar. 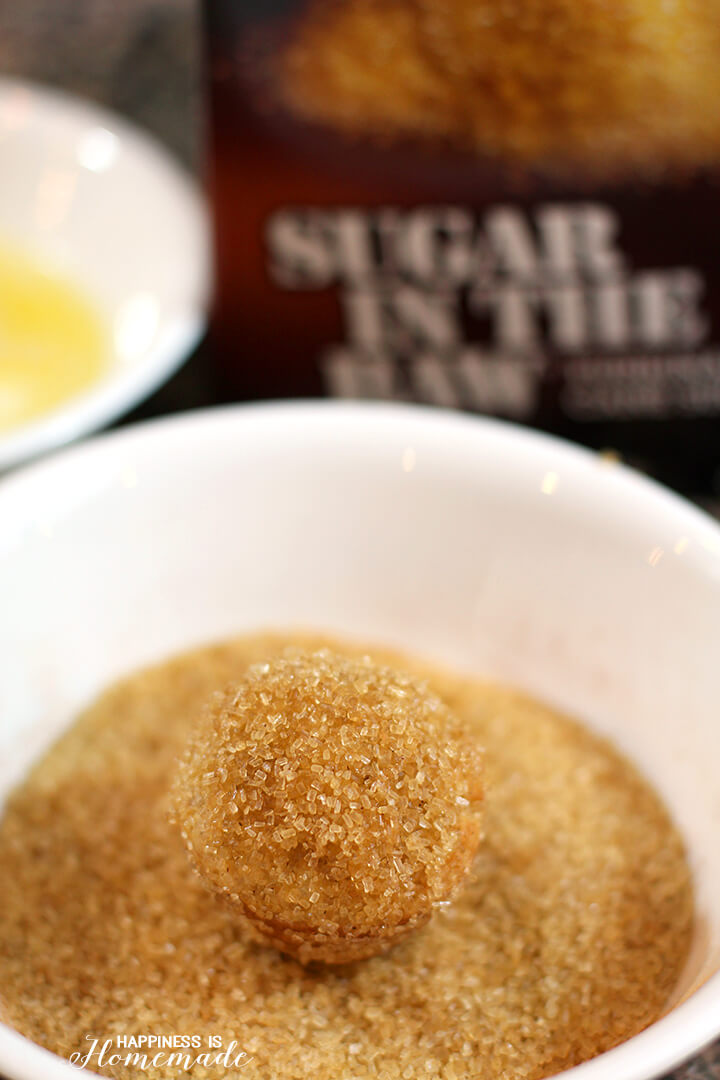 Brush the donut puffs with a layer of melted butter, and then roll them in a mixture of Sugar In The Raw and cinnamon. YUM! 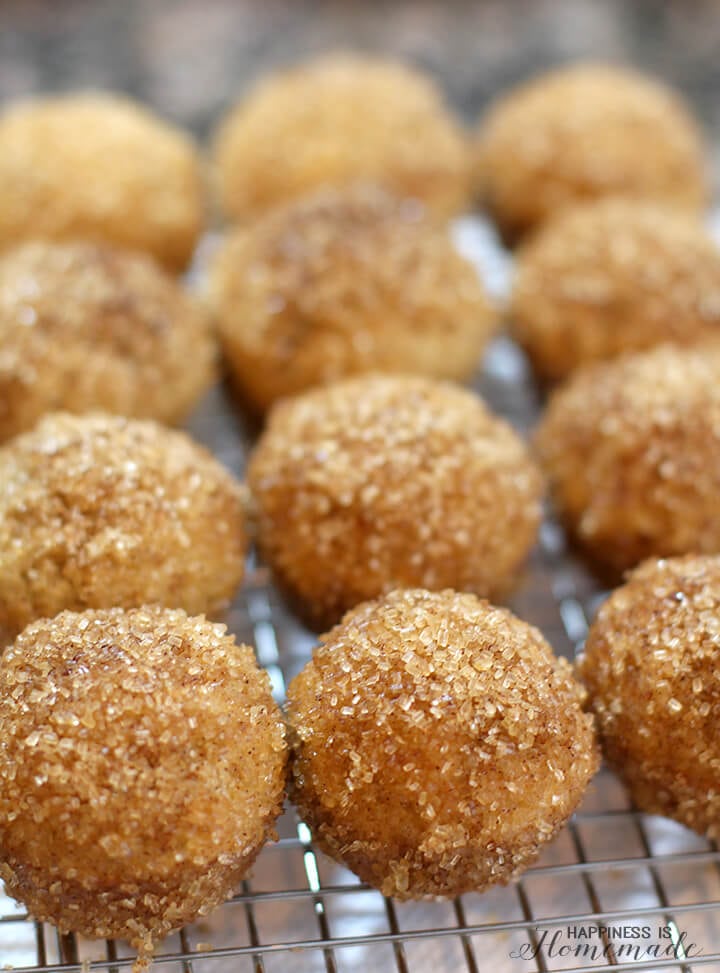 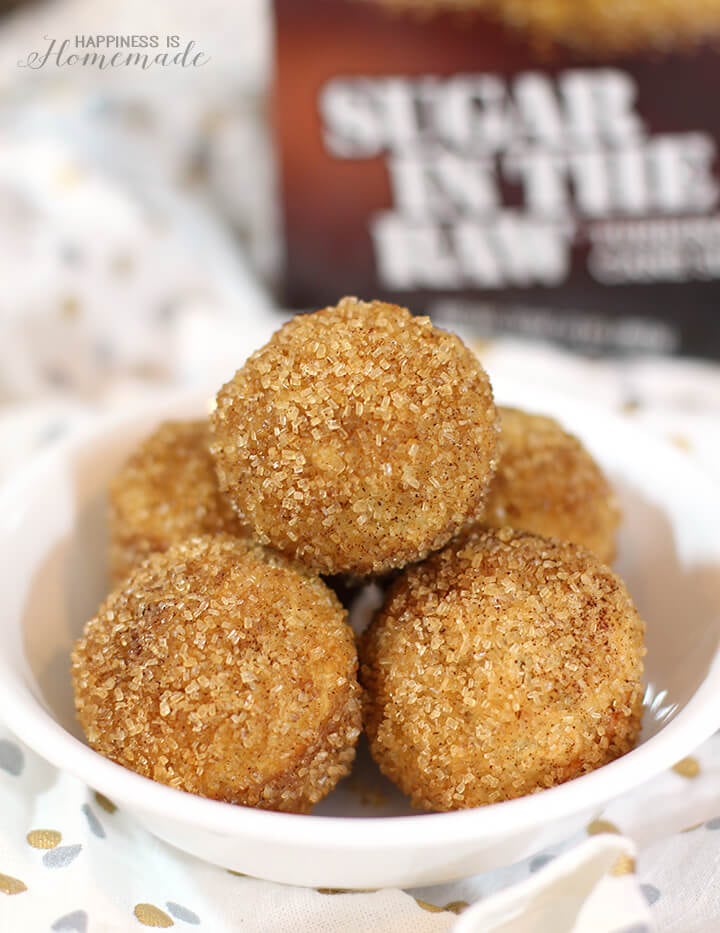 My family is going to flip over these on Christmas morning! The sweet cinnamon sugar flavor reminds me of snickerdoodle cookies in donut form! 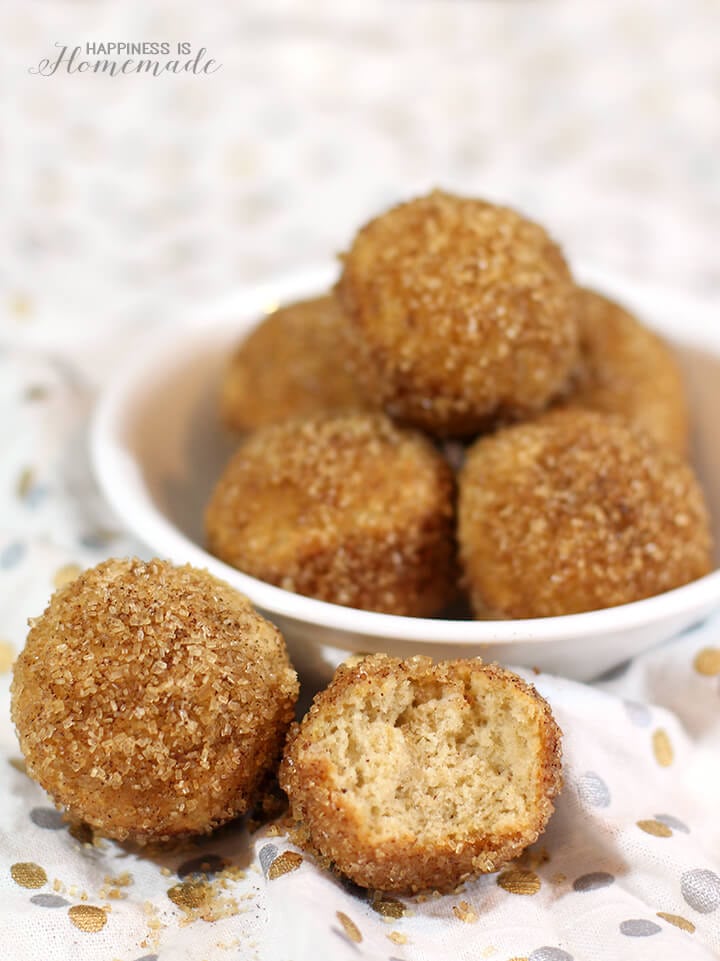 This is a sponsored conversation written by me on behalf of In The Raw via RhythmOne. The opinions and text are all mine.