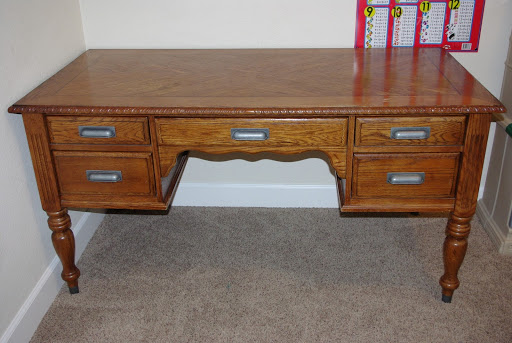 I picked up this desk off of Craigslist last month for $40 in the hopes of replacing my wobbly folding table sewing area (the one that was supposed to be temporary, but has been set up for over a year now!). I loved the lines and the hardware, but there were some water damaged and warped areas on the top so I immediately knew that I wanted to paint it a bright color to give it some new life. 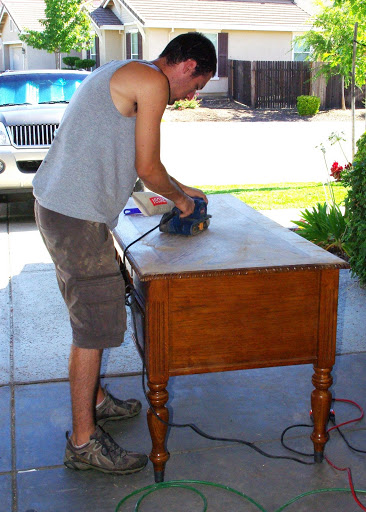 The first step was to recruit my handy hubby for some serious sanding and smoothing. I started to do the task myself, but it was SO loud even inside the house that it freaked out the baby, and I switched over to distract-the-baby-upstairs-mode and left the tools to the guys instead. 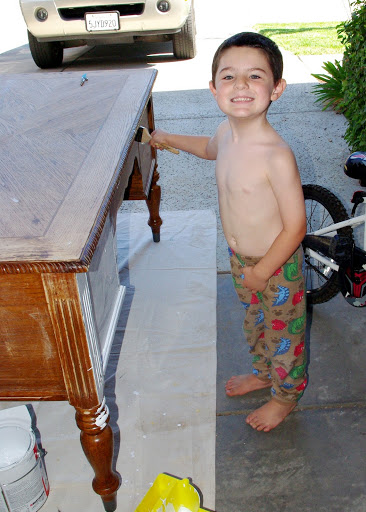 Step two: recruit some pajama clad helpers to assist with the priming. It was a good thing that he only “helped” with the back side of the desk because he didn’t pay very much attention to the instructions about keeping your brush strokes going in one direction! 🙂 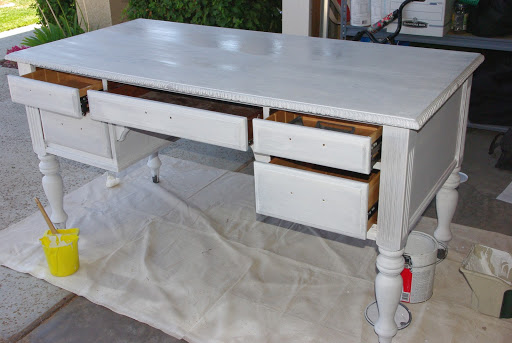 I ended up giving it two coats of primer to make sure that every little nook and cranny was smooth and ready for paint. 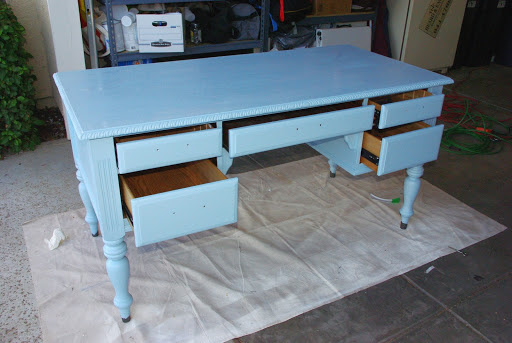 I wanted the desk to be a light shade of aqua, so I mixed some of the remaining teal paint that we used on the big boys’ bedroom walls with some light blue that we had leftover from Sawyer’s baby nursery to create the perfect shade. I gave it two coats and topped it with a coat of poly to seal it since I knew that its future life as a craft table will require it to be washed and wiped off frequently. 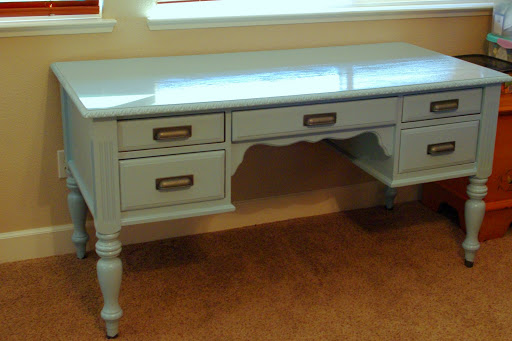 In its new home all ready for crafting! The color is more true-to-life in the previous picture since the windows above the desk let in SO much light that it washed it out. I’ll try to get another picture of it when everything is all set up and ready for sewing (and once I finish the bottoms of the legs too…didn’t think that part would slip by y’all unnoticed!)!