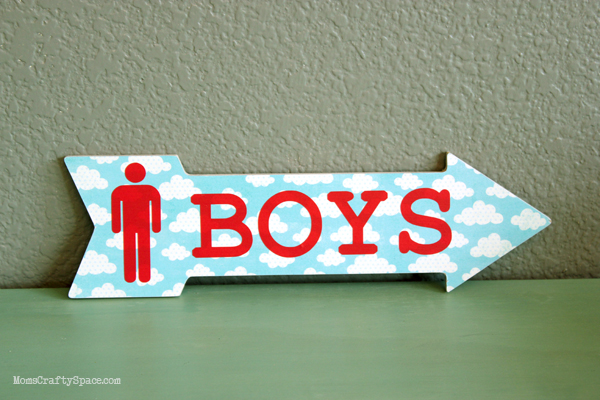 I live in a household with four charming guys who aren’t exactly the neatest about keeping their bathroom clean and tidy. They do try, but considering that three of the four guys are under age of seven, it’s a pretty tall order of business. Not only do I have my four guys using this space, but it’s the bathroom of choice for nearly a dozen neighborhood kids (also mostly boys) who frequent my play room and backyard.

After five years of trying to share this bathroom space with them, I recently called it quits and decided to take over the front guest room as MY bathroom and give the boys full rights to their own messy room. I ordered some wooden arrows from Wood Craft Cutouts, grabbed some Mod Podge, scrapbook paper and vinyl lettering, and made it official. 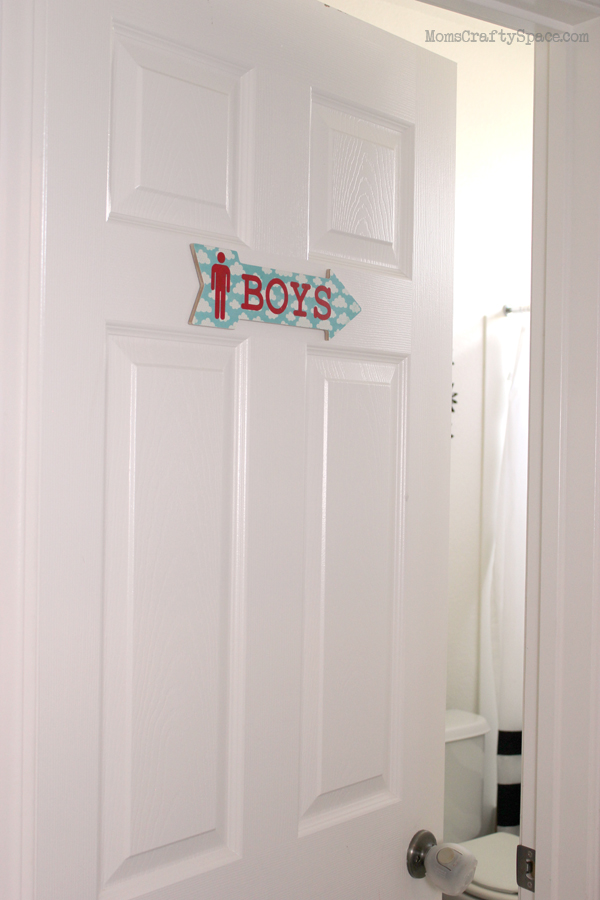 The room itself still could use a more masculine decorating scheme, but for now all of the kids are stoked to go into “the boys bathroom,” and I’m keeping them out of my new space… 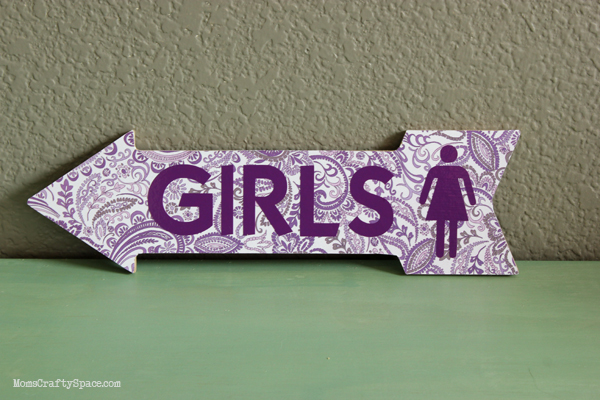 In the past five years, no one but our house guests ever used the guest bathroom (the result of it being in a more inconvenient location to the family room), but now that I’ve claimed it as my own everyone wants to use it! Luckily for me this “Girls” sign stops them in their tracks every time. No boy wants to be caught using the girls bathroom – even in his own house! 😉