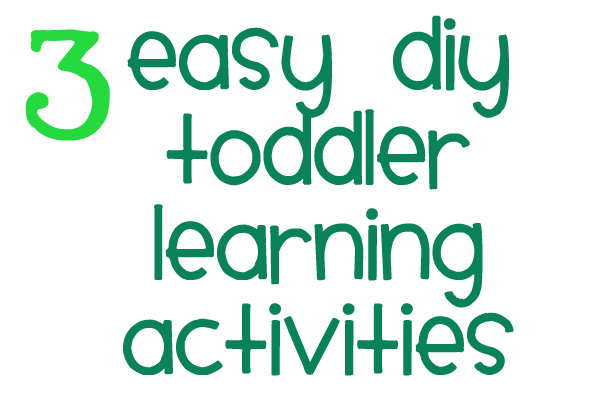 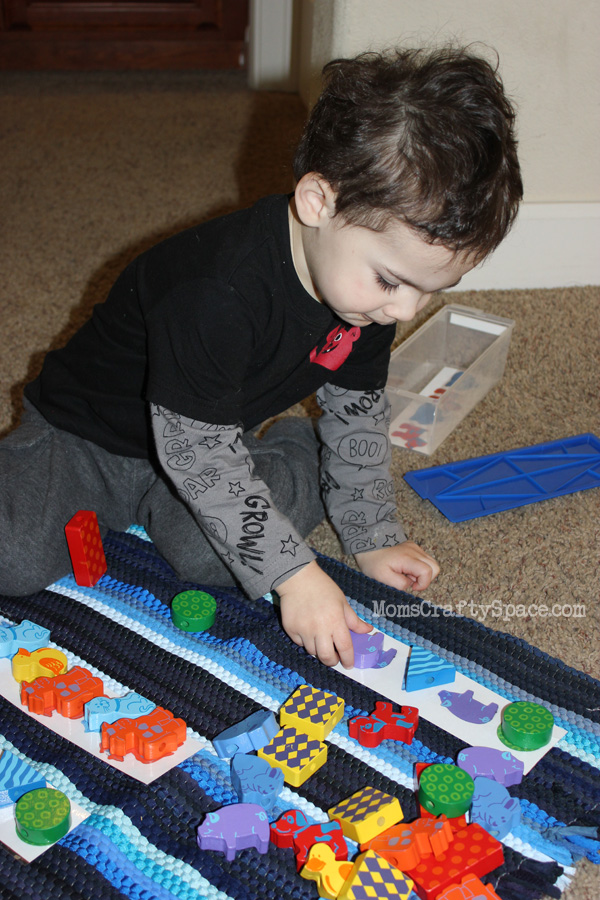 A few years ago I created some Montessori inspired “jobs” for my older two boys, and I brought a couple of them out of storage recently for Simon (age 2 1/2) to play with. He’s been having so much fun with them that I thought I’d share one of them with you along with a couple more that I made for him last week.

His favorite activities involve these colorful wooden animal beads – they can keep him entertained for over half an hour! Unfortunately they don’t make this exact set of beads anymore, but you can find similar sets that would work well HERE, HERE and HERE.

I laid out a pattern of beads on my flatbed scanner (my screen fit 4 rows of 5 beads each) and then scanned and printed them out on heavy cardstock.  I trimmed the strips and then laminated them so they could withstand heavy use. If you don’t have a laminator, I highly recommend this one. It is not very expensive, and you can find the laminating pouches for very little cost on Amazon as well. I use my machine ALL the time, and it has held up well over the years. 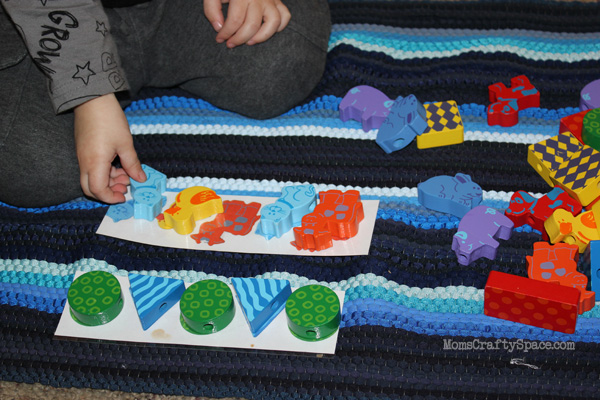 Simon really likes to match up all of the beads with the sequence printed on the cards. He will first line his beads up on top of the card, and then he will move the entire bead sequence to sit above the card so that he can compare the two rows of patterns. 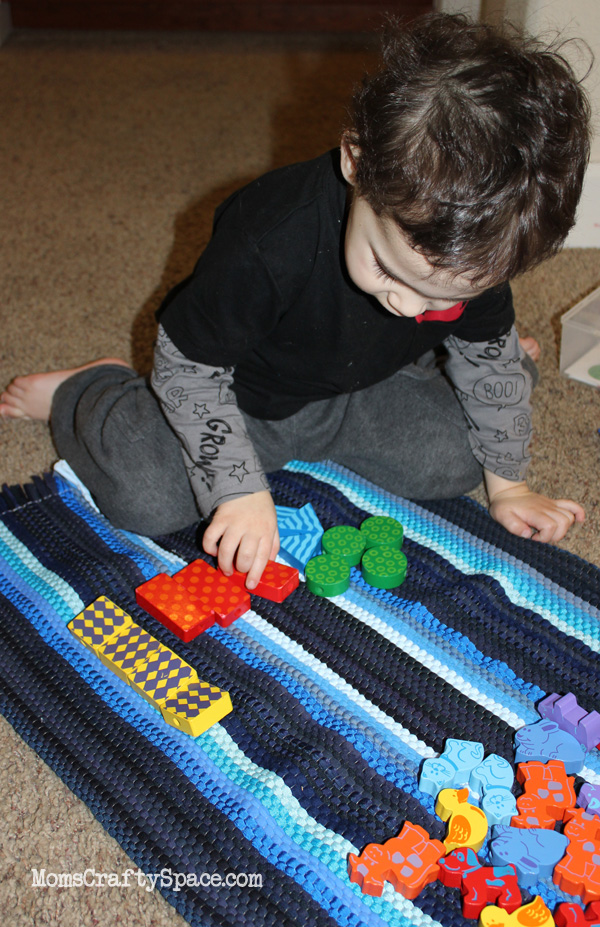 After he gets tired of patterns and sequencing, he moves on to sorting all of the beads by shape. This is also a great time for us to talk about colors, shapes and animals.

We went to a birthday party a couple of weeks ago where Simon received a Sesame Street memory card game in his goodie bag. He spent an entire week laying out all of the cards and matching them up before he got proficient with the activity and tired of it. If you don’t want to spend any money buying a memory game, Montessori for Everyone has some great free printable sets of matching cards. 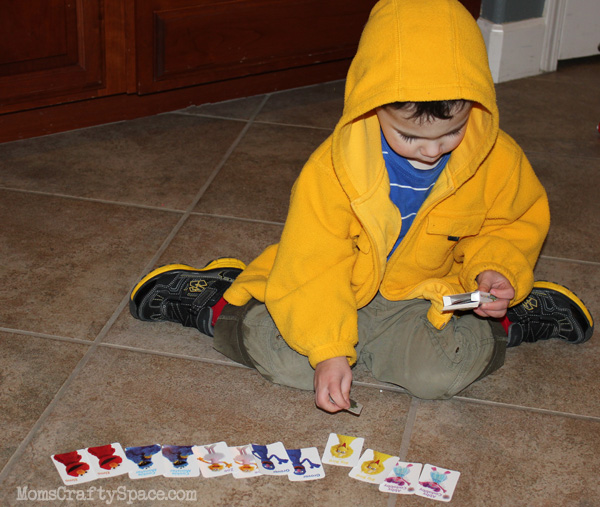 Since he was done matching cards, I took a few of them and glued them on top of a piece of coordinating colored cardstock and laminated them. I found some small Sesame Street figures around the house to match the cards, and demonstrated to Simon how they match up with the cards.

He caught on quickly and has been matching his Sesame Street figures and cards all week long! I store all of the materials in a Sesame Street bucket that he also got at the birthday party. It sits on the green bookshelf in the school room so that he can access the “job” whenever he wants to. 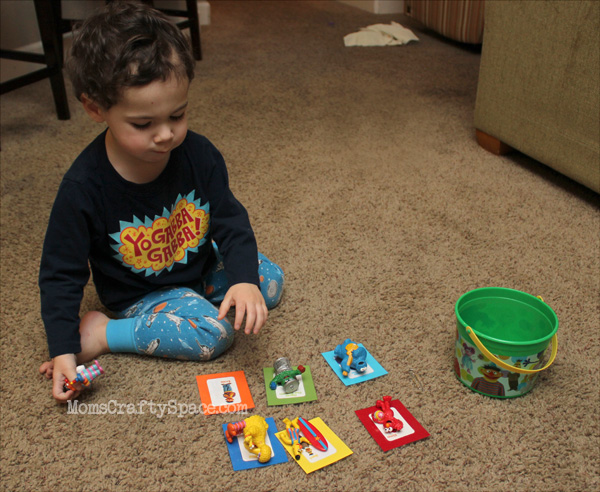 As an added bonus, it also teaches him how to clean up when he’s finished! He puts everything back in the bucket, places it back on the shelf and chooses a new activity. Gotta love that!
If you don’t happen to have a set of Sesame Street toys or cards laying around, you can gather up a few assorted objects from around the house (just make sure that they’re large enough that they won’t pose a choking hazard if your child still likes to chew on things!) and use your scanner to create a matching card or do a quick Google image search to find a picture of a matching/similar object. Easy peasy!