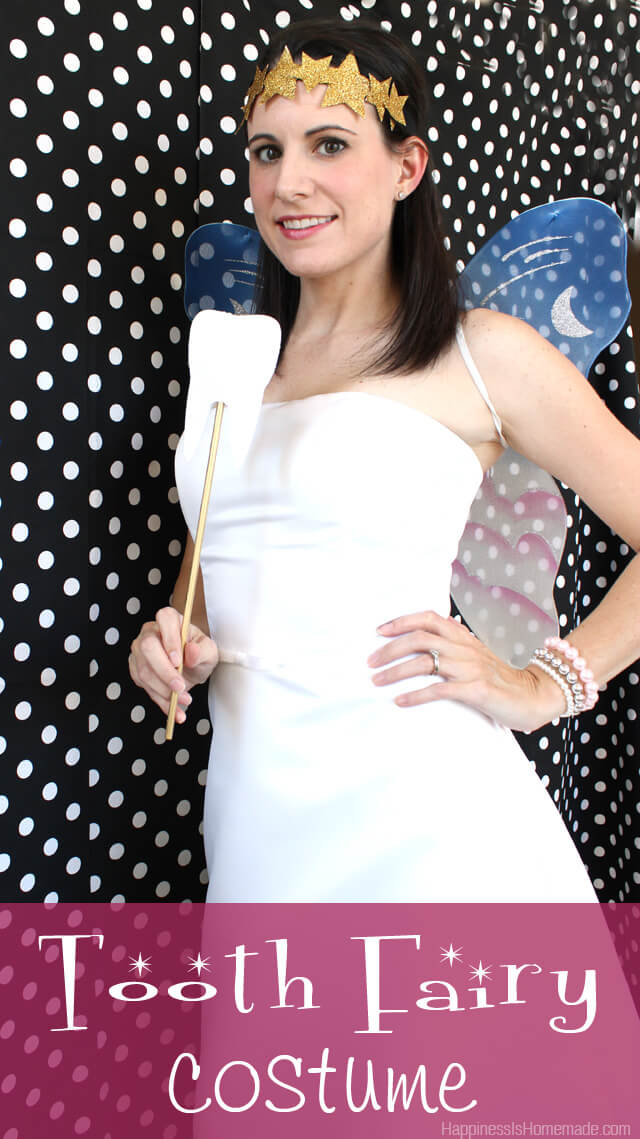 Once upon a time (about 12 years ago) in a land far, far away (Santa Barbara, CA), I suddenly and unexpectedly found myself in the terrifying predicament of not having a wedding dress on the day of my wedding! I had purchased a vintage dress up north near my parent’s home, and had taken it to their local dressmaker to have it altered. We pinned it and adjusted it through several fittings, and on my final fitting it was almost perfect, though it still needed a few minor adjustments. Fast forward a few months to the night before my wedding. My parents had just arrived into town, and I wanted to try on my dress to see how my new shoes and jewelry looked with it. Imagine my horror when I put the dress on and realized that the seamstress had altered it completely wrong, and it was now better suited to fit Dolly Parton! The dress was halter-style, and it was SO large on top that no amount of padding and stuffing was going to solve the problem.

My wedding was at 5:00 on a Sunday, and the only wedding boutique in town that was open on Sundays didn’t open until noon. To pass the time in the morning, My aunt, cousin and I checked the department stores, but the post-prom selection of white dresses were slim pickin’s. When the bridal shop opened we raced through the doors and explained my problem to the nice ladies that worked there. The trouble was in the fact that I am 5’2″ and a size 4, and most of the dresses were at least a size 8 and long in the length in order to allow for the largest range of future alterations. We grabbed the ONE dress in the store that had been altered to fit a mannequin in the store window…and lo and behold, it fit me like a glove! I actually liked it better than my original vintage dress! 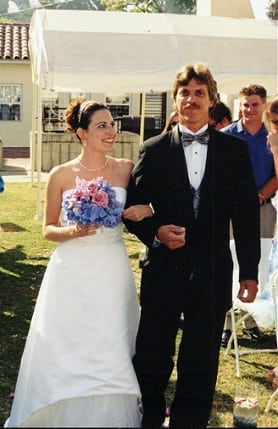 (I got married in the days before digital photos were popular (um, how old does that make me feel?!) , so this is the only scanned pic I could quickly find that shows off the whole gown. That’s me and my dad coming down the aisle :))

After all that wedding day drama, I’ve always thought that it was sort of a shame that my last minute wedding dress would probably never get worn again. When Jamie from C.R.A.F.T. and Really Awesome Costumes announced that she was hosting The Really Awesome Handmade Costume Series, I knew right away that I wanted to find an excuse to wear my wedding dress again. The only thing I didn’t want to do was to dress it up as a bridal gown again.

The tulle layer on the bottom of the skirt really lends itself towards a fairy costume of some sort, and after some thinking I decided that the white would be perfect for a tooth fairy costume. I had been wanting to make a gold glitter star crown since I saw this pin from Babiekins Magazine last year, and I figured this was the perfect opportunity! 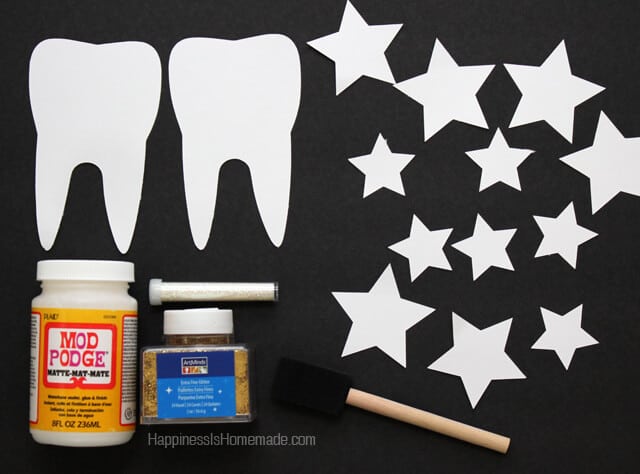 I started by cutting a bunch of stars and two teeth from heavy cardstock. You’ll also need glitter, Mod Podge, 16″ of elastic and a hot glue gun. 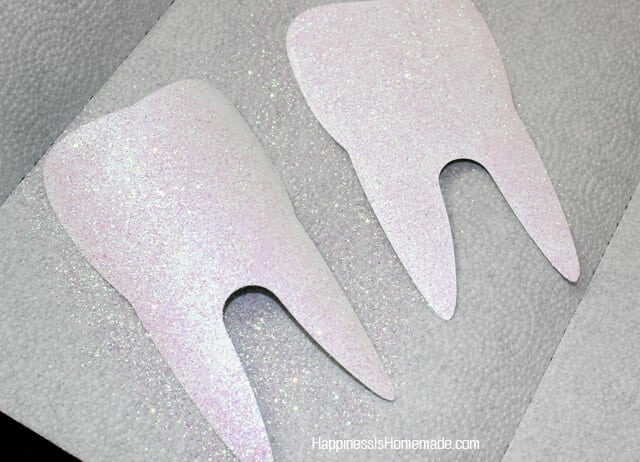 Paint a thin layer of Mod Podge on to the shapes, cover in glitter and allow to dry. Give the pieces a top coat of Mod Podge (I recommend the high gloss finish for this step) to keep the glitter from flaking off and getting all over everything. 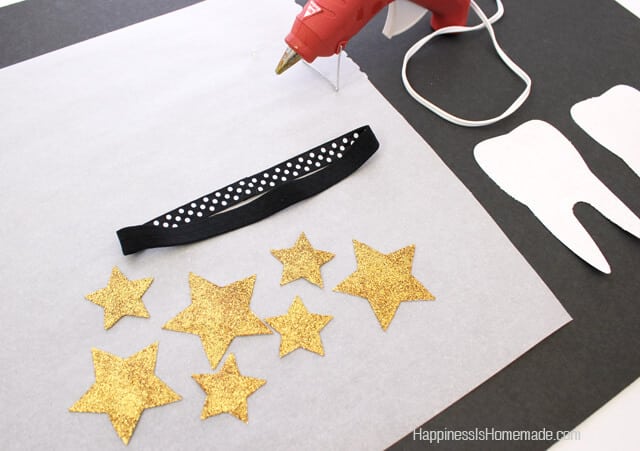 Use the hot glue gun to secure the elastic into a headband – just overlap the ends a bit and glue down. I wanted black elastic for my headband, but I only had polka dots, so I flipped it over and used the wrong side. 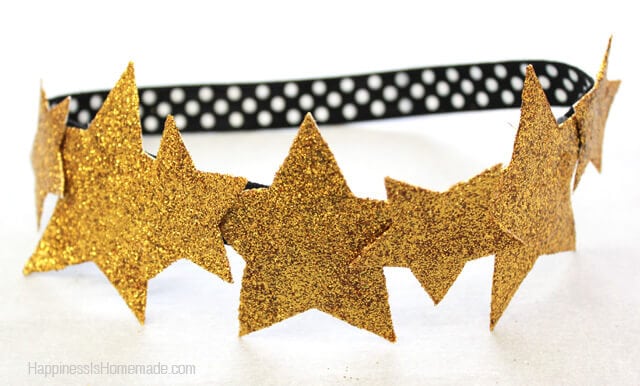 Glue the stars to the front of the headband, and you’re good to go – easy peasy! To make the wand I spray painted a large chopstick gold and used the hot glue to sandwich the two glittery teeth shapes over the end of the chopstick. I also added a pair of fairy wings that I already had, but there are a ton of DIY tutorials out there for those of you who don’t already have wings. 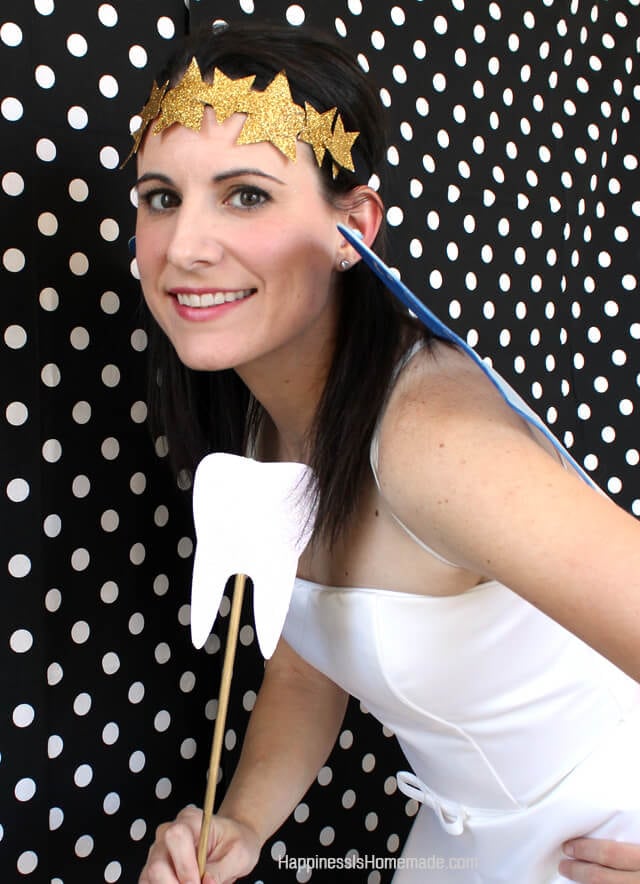 (Someone’s excited that she still fits into her wedding gown 12+ years later! Ignore the fact that I’m hunched over in the pictures – my cheapo tripod kept slipping, so I had to adjust to stay in-frame!) 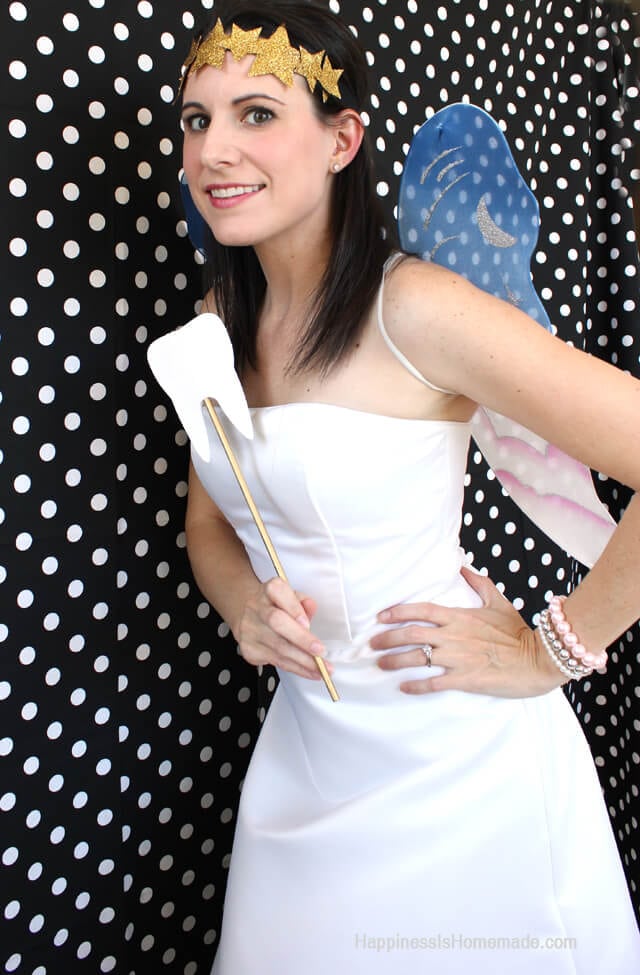 Seriously though, how awesome is this glittery headband crown? I sort of want to wear it every single day now. 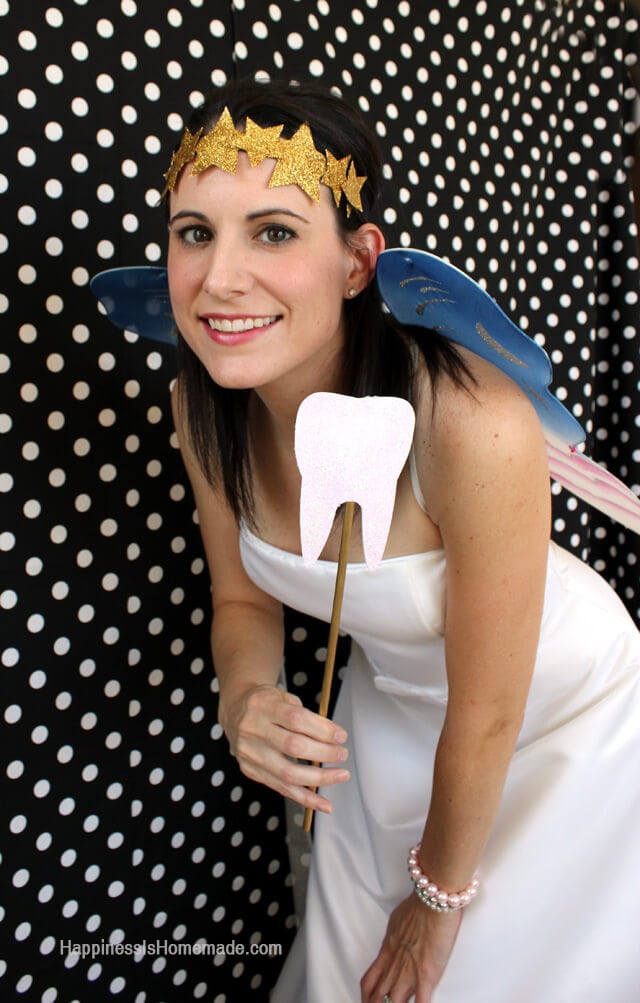 Yay for creating a reason to wear your wedding dress again! Next time around I vow to tackle my bridesmaid dresses!