All three of my boys have fairly uncommon names, so finding personalized items in stores isn’t very likely to happen (so far, out of countless gift shop and mall visits, I have run across one store that had a “Simon” keychain, but I think that Sawyer and Sutton are out of luck!). That simple fact doesn’t deter my boys though. They know that if they ask me nicely enough, I’ll attempt to create just about anything for them.

The other day I was using my Silhouette CAMEO to draw some chalkboard-esque cards for my Project Life album, and my boys thought it was the coolest thing ever. They had never seen the Silhouette Sketch Pens in action, and they didn’t even know that the CAMEO could be used to draw as well as cut (what, you didn’t know that either?!? It’s the BEST!). 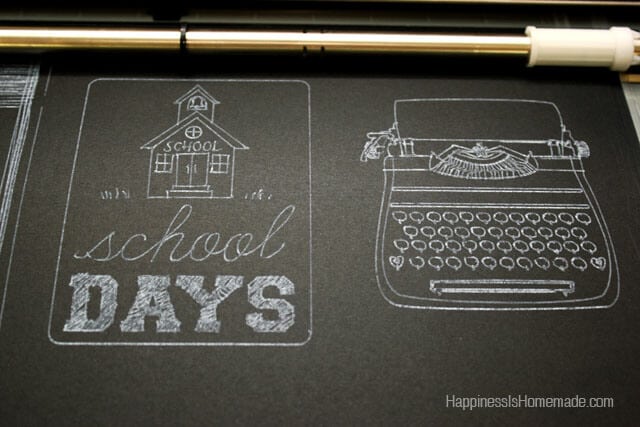 As soon as they saw the Silhouette Sketch Pens they wanted to make something using them, so I suggested that we create personalized backpack ID tags. There are tons of similar looking backpacks at school, and I am always worried that they’re going to grab the wrong pack, so these tags will be perfect to help keep track of their own gear! 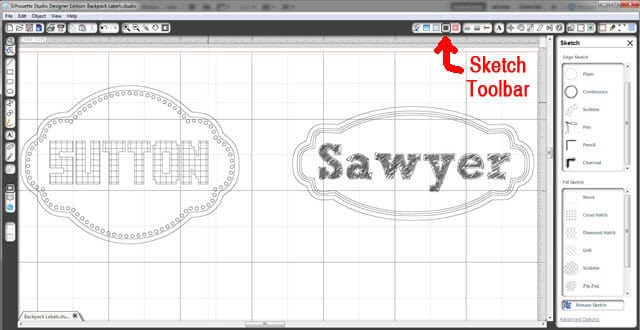 It’s incredibly easy to use the sketch pens – just open the Silhouette Designer Edition software and use the sketch pen tool panel to change the effects to your liking. Sawyer chose a sketch-style font for his name, and Sutton used the Minecraft font. We even took it a step further by adding a crosshatch pattern to the name to mimic the square blocks from the Minecraft game. Remove the cutting blade from the Silhouette machine and insert a sketch pen into the holder. Select the proper settings in the Cut Panel, click start, and watch your machine do all of the hard work for you! 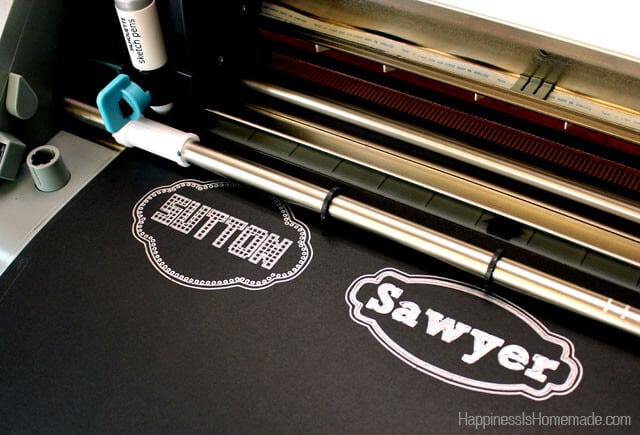 I suggested using the white sketch pen on black paper (just like the chalkboard style cards I was making), but these guys insisted on using metallic silver instead. I have to admit that I really love how it came out! The ink shines and shimmers against the dark black background (good choice, boys!)!

To finish the tags, the boys wrote their classroom and phone number on the back of the cards, and then I laminated them. Punch a hole, add a short length of ball chain or a carabiner clip, and it’s ready to go! 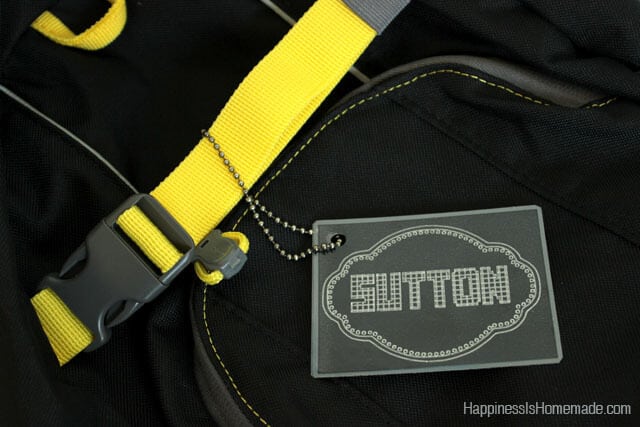 While we were making these I was dreaming of about a zillion other uses for the sketch pens – creating my own patterned papers, greeting cards, gift tags, and artwork for the boys’ playroom, to start. I’m especially enamored with the metallic and glitter pens because they add just the right amount of shine and special detail to a piece.

If you’ve made something fun with Silhouette Sketch Pens, leave me a note in the comments! I’d love to be inspired and see all of the great ideas you’ve come up with!