I created this recipe using Bumble Bee® Prime Fillet as part of a sponsored series with Socialstars. All content and opinions are my own. #TunaStrong 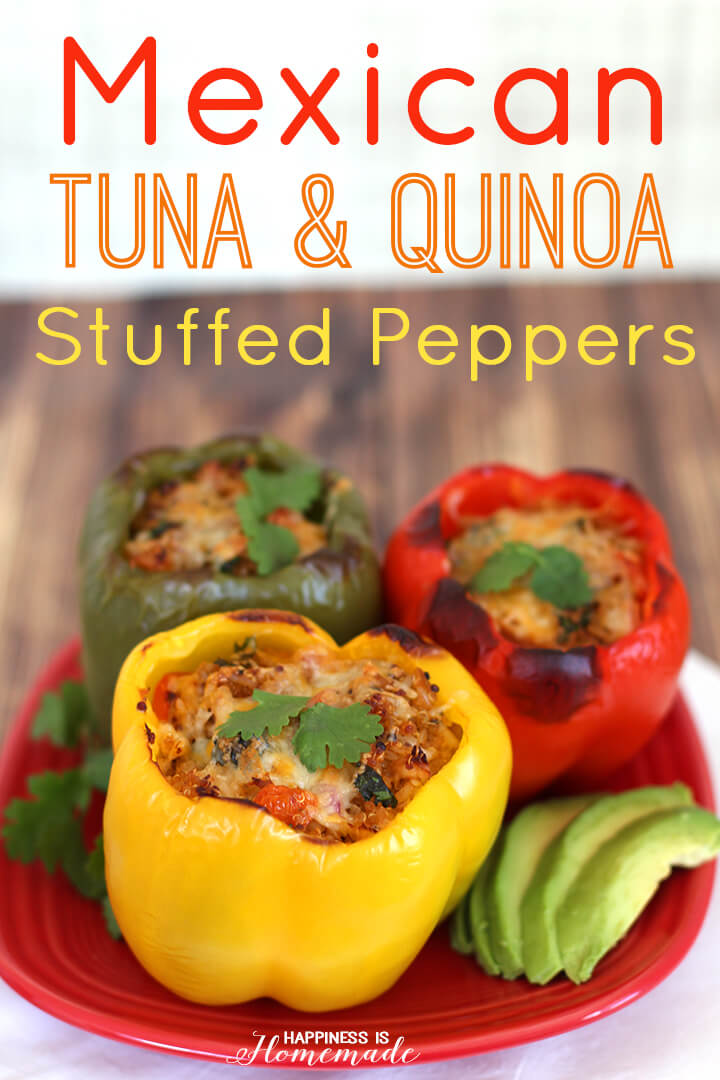 The hustle and bustle of daily life can often leave me feeling frazzled and rushed at dinnertime, so I’m grateful to have a stash of easy go-to recipes that are done in a flash. These spicy tuna and quinoa stuffed bell peppers are not only quick, but they’re also really healthy and delicious! 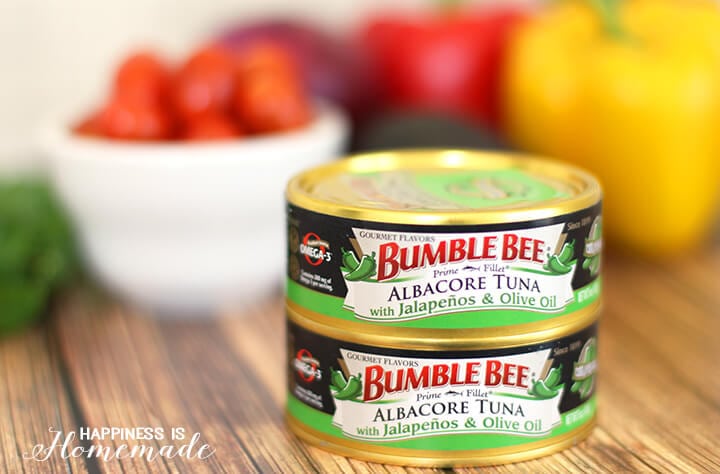 This Bumble Bee® Prime Fillet® Albacore Tuna with Jalapeños & Olive Oil is packed full of flavor, and saves me a lot of time since I don’t have to marinate and cook my meat. Try using canned albacore tuna fillet in your favorite recipes to amp up the flavor and save yourself some time, too! 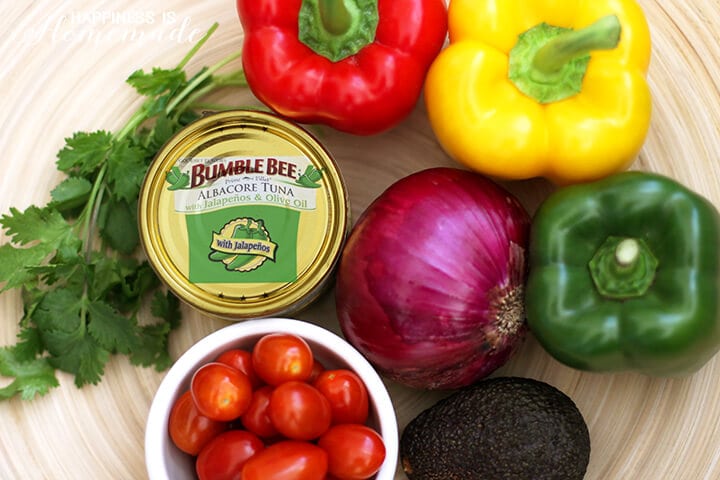 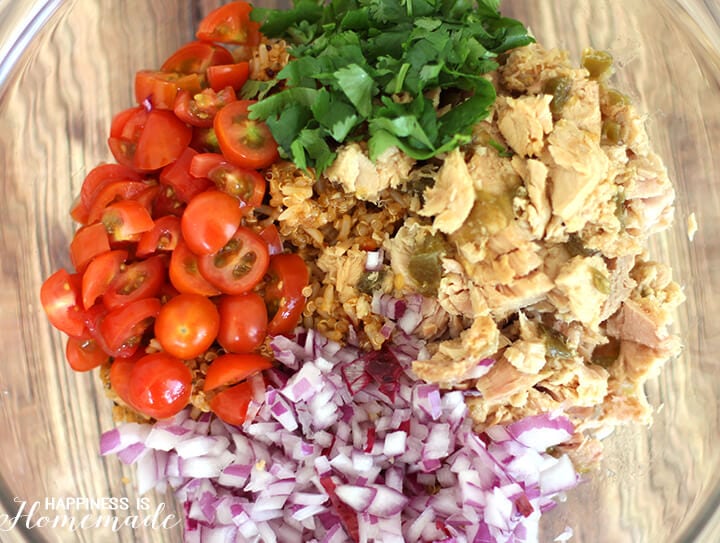 Carefully cut the tops off of the peppers, and remove the seeds and membranes from the inside. In a large bowl, mix together all of the additional ingredients (except the cheese). 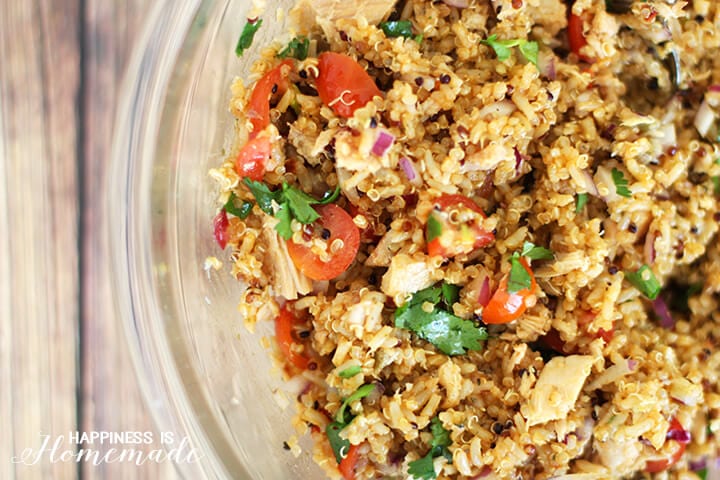 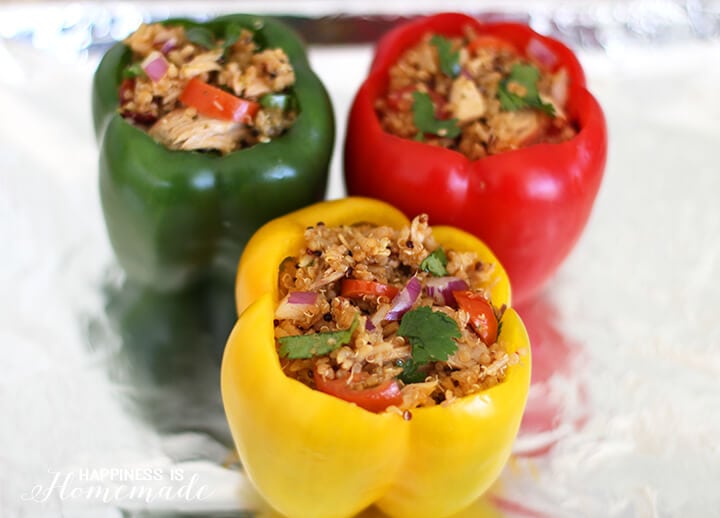 Stuff the mixture into the pepper shells, and place on to a foil lined baking sheet. 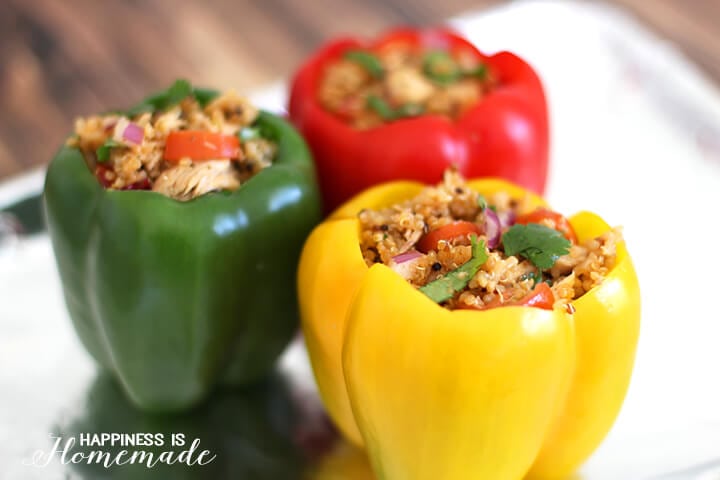 Pop ’em underneath the broiler (on low) for 6-7 minutes or until the peppers start to look tender (the top edges will start to look a little soft and lightly wrinkled). 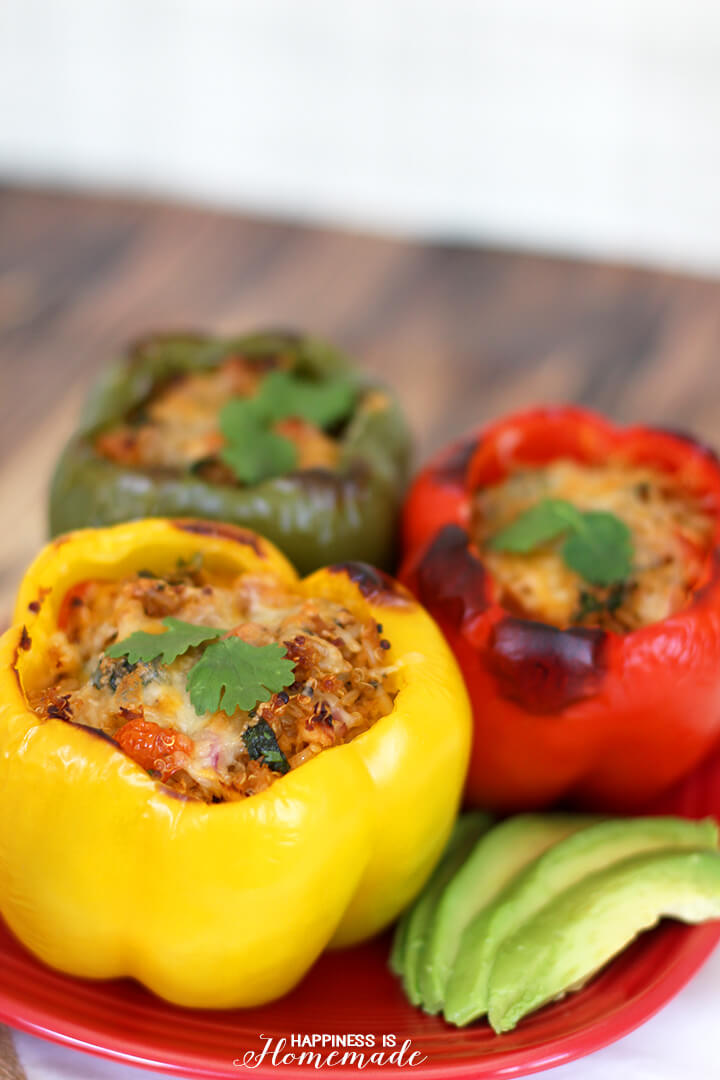 Top with cheese, and place back under the broiler for an additional 2-3 minutes or until the cheese is melted, and the tops of the peppers have darkened and blistered. Serve with a side of sliced avocado. 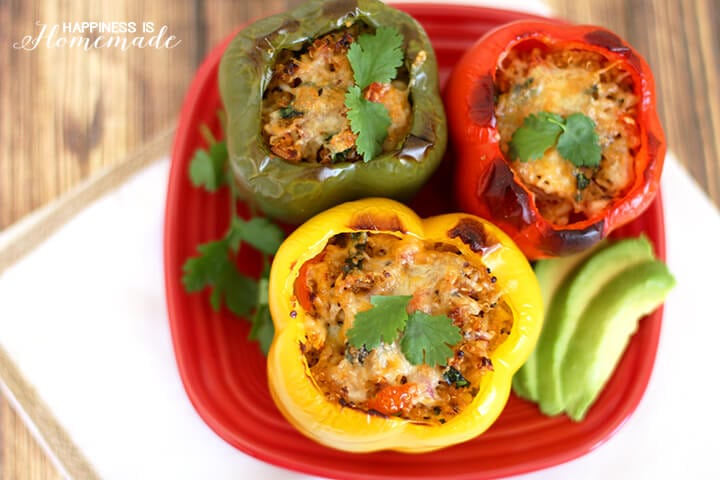 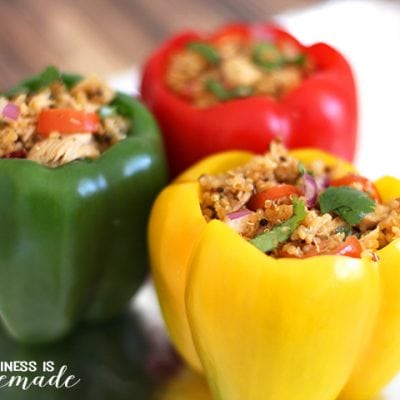