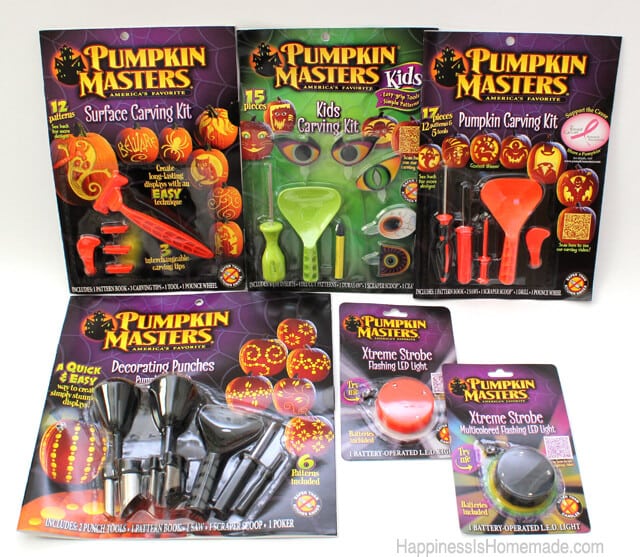 If you follow me on Instagram then you may have already seen me confess that with only 11 days until Halloween we haven’t really even given much thought to our costumes yet. As my big boys (age 6 & 7) get older, they’re less interested in dressing up and MUCH more interested in decorating our house and yard for the holiday. They’re especially thrilled with the idea that they’re finally big enough to carve pumpkins on their own. We received a big box of carving tools from Pumpkin Masters, and they couldn’t wait to test them out! 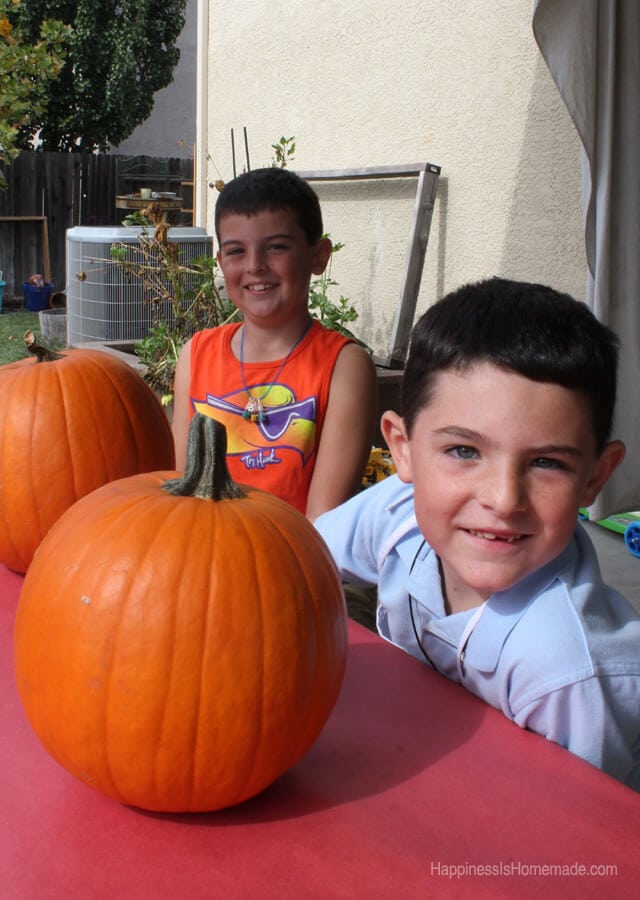 We took a trip to the pumpkin farm to pick out the perfect pumpkins, and the boys immediately wanted to carve them as soon as we got home. 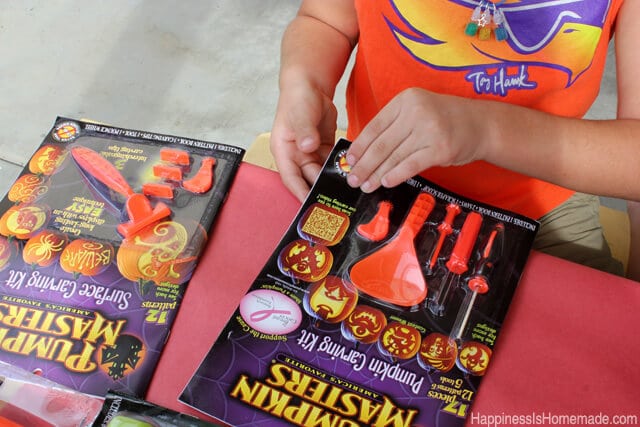 They flipped through the pattern books to choose the perfect design, and they each claimed a carving kit as their own. 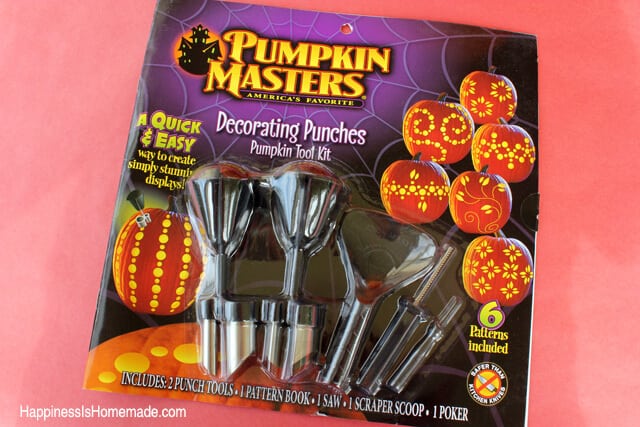 I saved this Decorating Punches set for myself since I won’t be carving my own pumpkins until a day or two before Halloween. How cool is this kit?! I seriously can’t wait to use it (I’m as impatient as the kids!)! 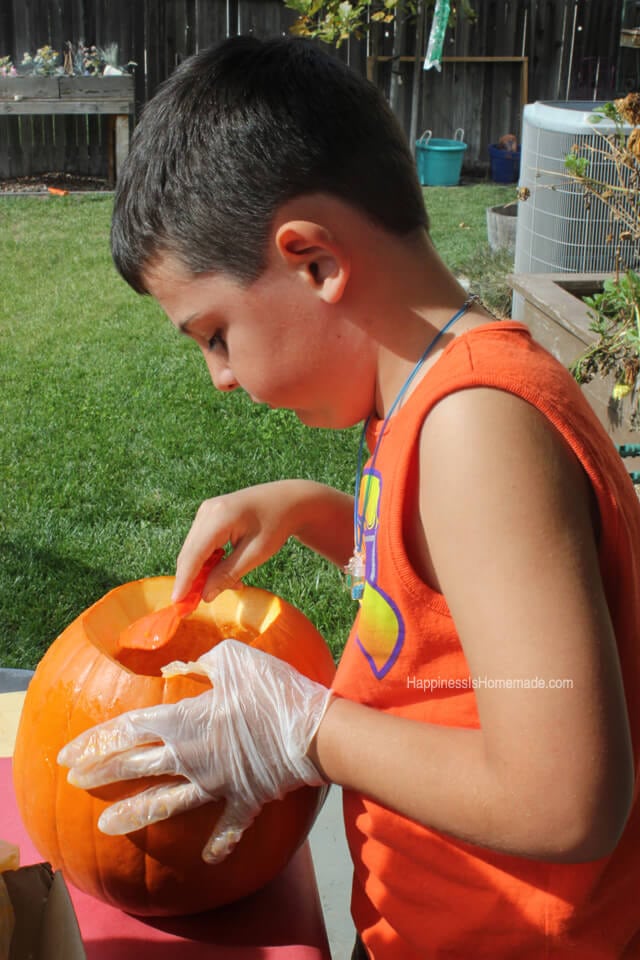 We started by cutting the tops off of the pumpkins and using the Pumpkin Masters scraper/scoop to remove the seeds. Sutton loves gutting pumpkins, and Sawyer hates it, but they both insist on wearing rubber gloves during the process! I’m pretty sure that they picked up that habit from their dad since he hates the slippery slimy feeling of pumpkin guts too. 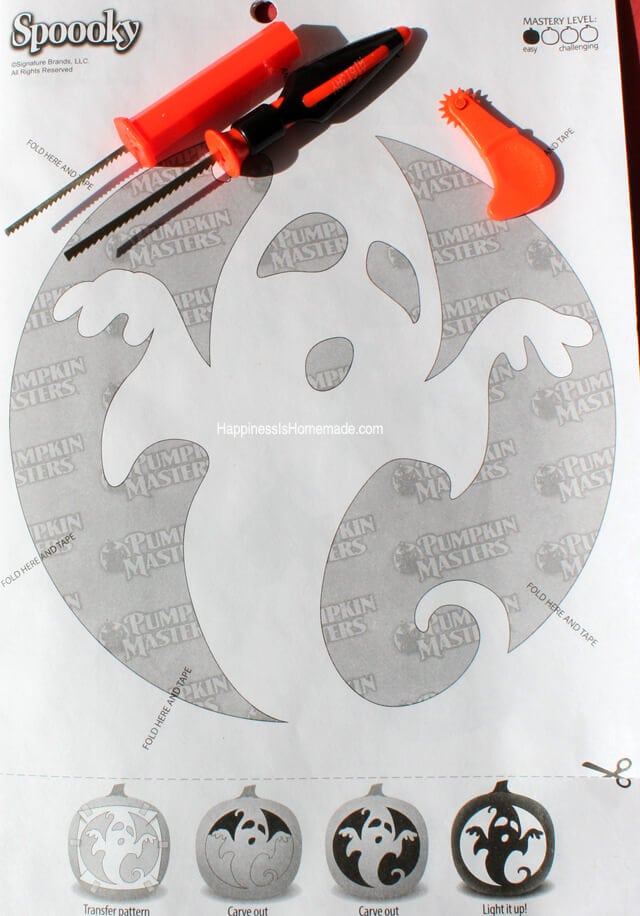 I really like that the Pumpkin Masters patterns have a difficulty scale on them so that my kids can easily see if it’s going to be simple or challenging for them to carve. Sawyer chose this ghost pattern for his pumpkin, and Sutton decided to draw his own Minecraft creeper pattern. 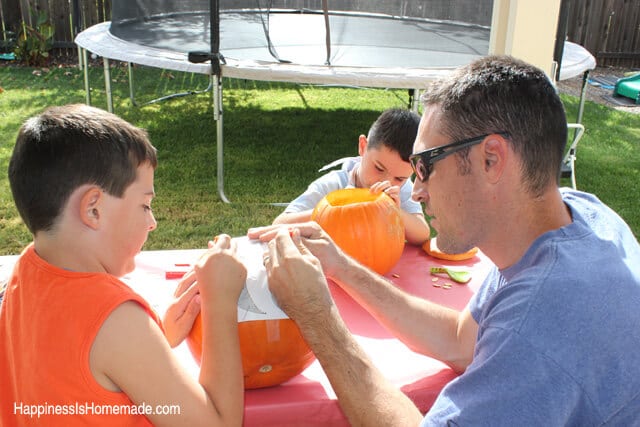 Mitch jumped in to help Sawyer trace his pattern and hold his pumpkin steady. Gotta love the teamwork! 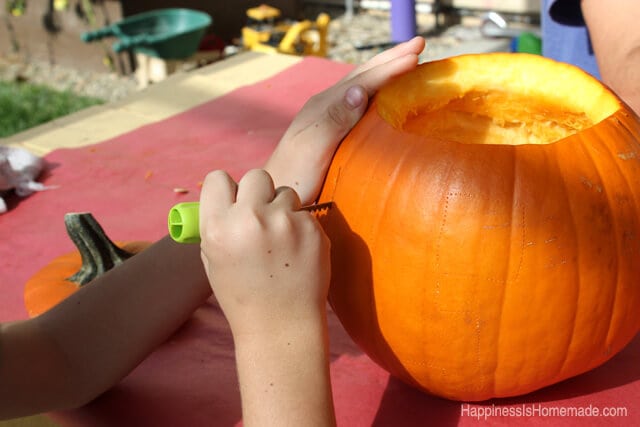 Sutton’s pattern was nothing more than straight lines, so he was able to quickly and easily trace it and move on to the carving part. He said that this green carving knife was “super easy” to use, and he managed to carve his pumpkin all by himself this year! He was so excited about it! 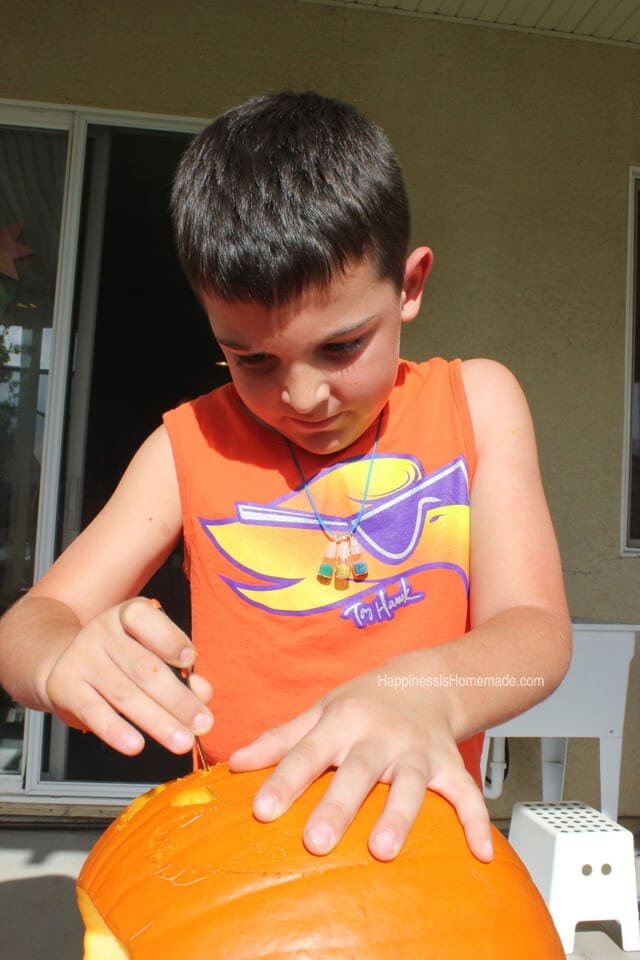 After his dad helped him trace the pattern, Sawyer carved his ghost pumpkin all by himself too! 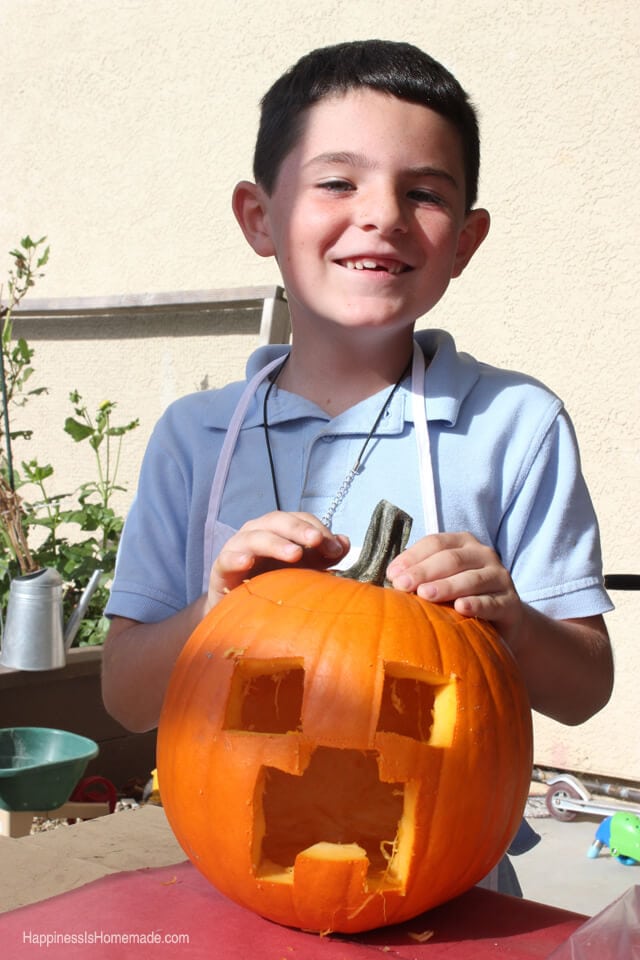 These boys were SO proud of themselves (and Mom was pretty proud and impressed too!)! 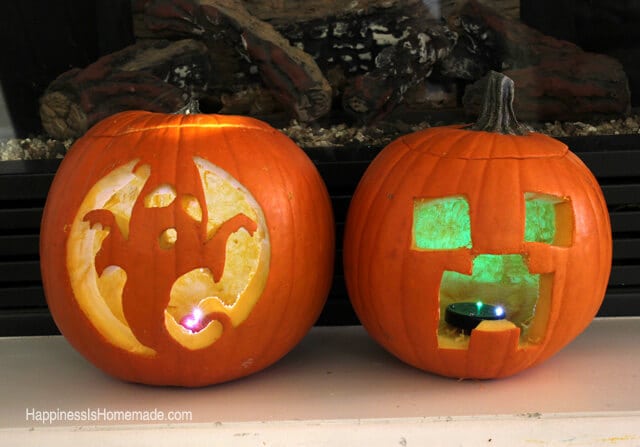 This is the first time that I’ve used a strobe light inside the pumpkins, and the effect was pretty neat. I think they will look great when they’re set up as part of our Halloween yard decor, and Sutton was thrilled that his creeper pumpkin was able to have a green glow – super cool!

My boys have been begging us for months to let them post a video of themselves on YouTube (they think it will make them famous lol!), so I took a little Mom-narrated video of them carving their pumpkins to share – enjoy!

I can’t wait for Round Two of pumpkin carving in about a week and a half! We always have such a great time carving together as a family, and I love that we can spend an entire afternoon creating together with minimal cost. We will definitely be checking out Pumpkin Masters on Pinterest for more awesome pumpkin carving ideas and tips!

Pumpkin Masters is looking for the most creative and amazing pumpkins of 2013 to enter into their annual Pumpkin Masters Carving Contest. To enter, share a pic of your carving via Instagram or Twitter with #PumpkinMasters2013, submit via the Facebook app or send via email to: [email protected] for the chance to win one of six prizes, including $5,000 for the Best Pumpkin! Contest ends October 31, 2013.

I was selected for this opportunity as a member of Clever Girls Collective and the content and opinions expressed here are all my own.