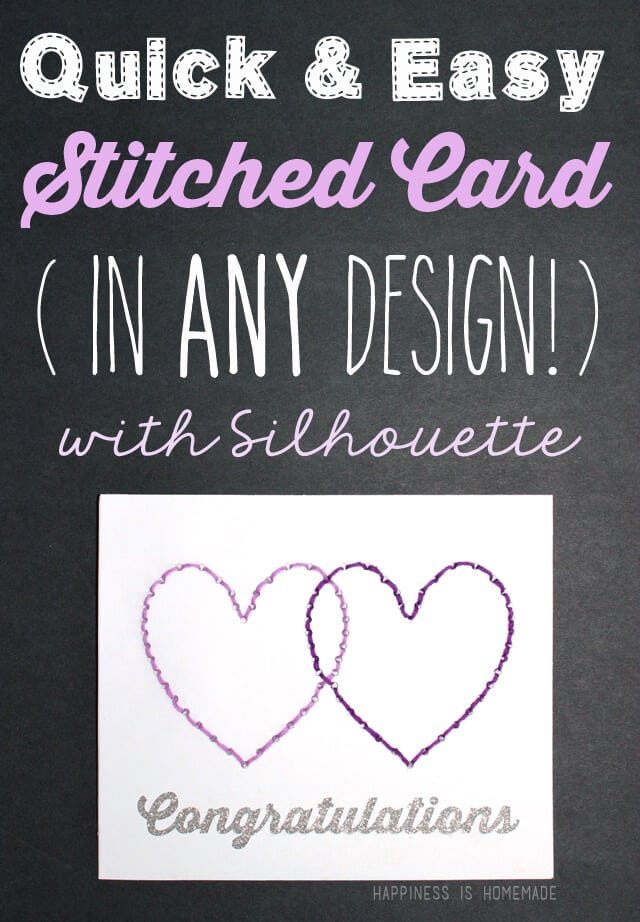 You guys, I just discovered one of the coolest things that I can do with my Silhouette Designer Edition Software! I’ve was aware that the upgraded software is able to convert designs into rhinestone templates, but up until a few days ago it had never occurred to me that I could use those rhinestone holes for stitching! I couldn’t wait to try it out, so I whipped up this quick and easy stitched greeting card for my cousin who recently got married. 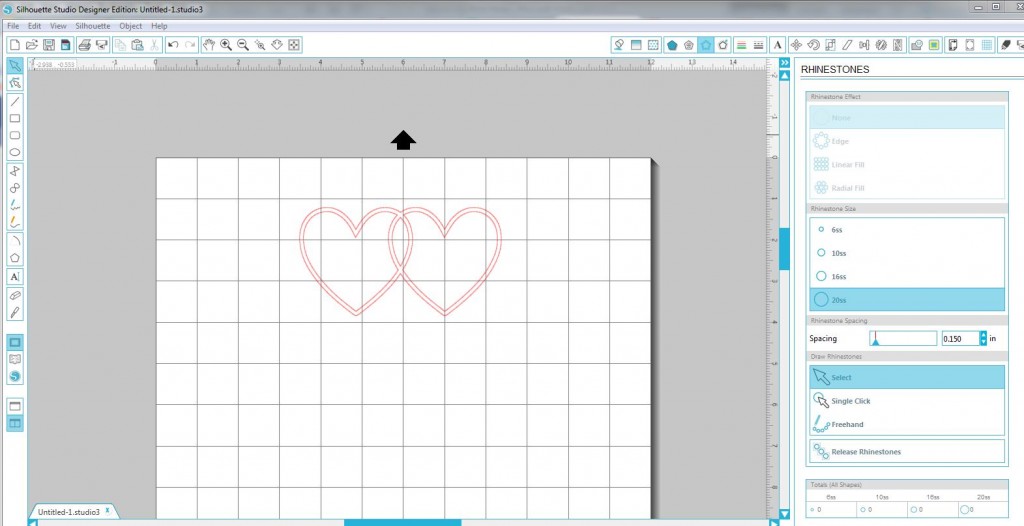 I started with a double heart image from my Silhouette library. I chose a simple design because I find that they translate really well into rhinestone templates, but more intricate patterns will work as well (just space the holes close together!). 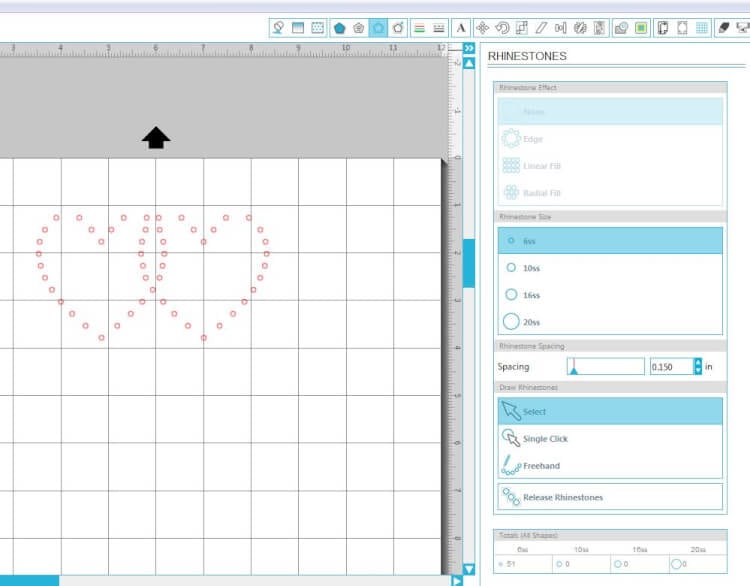 Click on the rhinestone button at the top of the screen, then select the rhinestone effect, size (6ss is more than large enough for an embroidery needle), and spacing. I was still playing around with the settings when I took this screenshot – for my final design I used the linear fill effect and spaced my rhinestones .07 in apart. 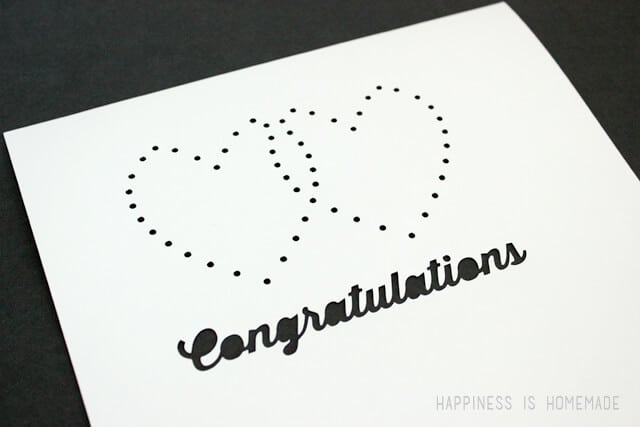 I also added “Congratulations” to the bottom of my card underneath the punched hearts. Make sure to save the little tiny pieces from the center of the letters – you’ll need them later! 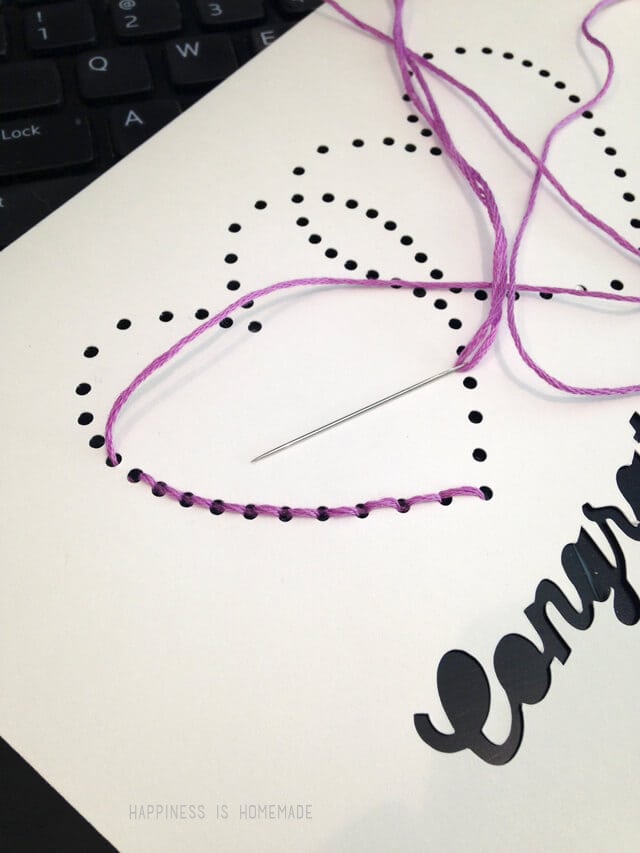 Start stitching! Use a piece of tape on the back side to secure down the end of the floss instead of making a knot. I used a basic back stitch to embroider around the series of holes, and used two different shades of purple floss since their wedding colors were purple and silver. This is pretty much a grown-up version of kid’s lacing cards, so a simple running stitch probably would have looked cute, too. 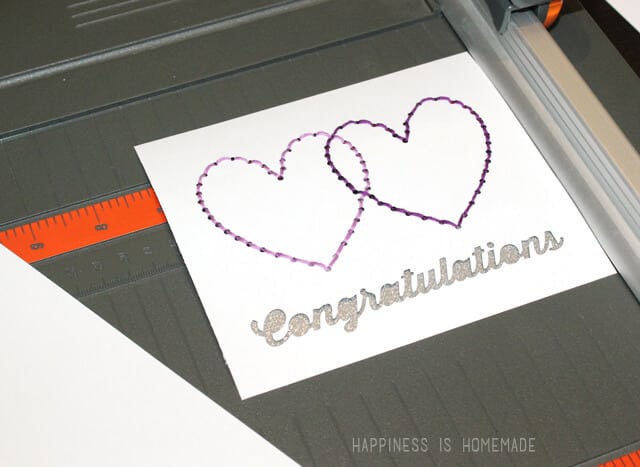 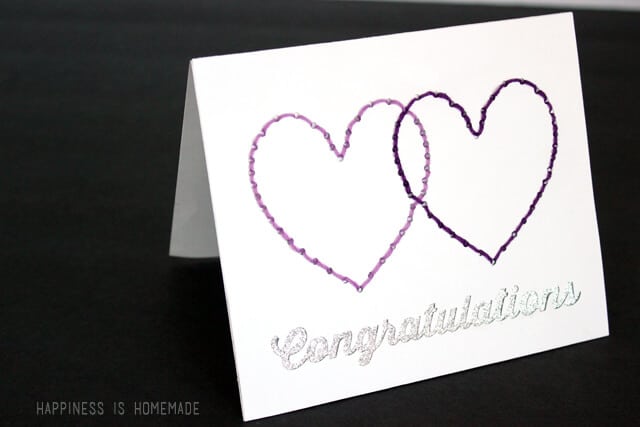 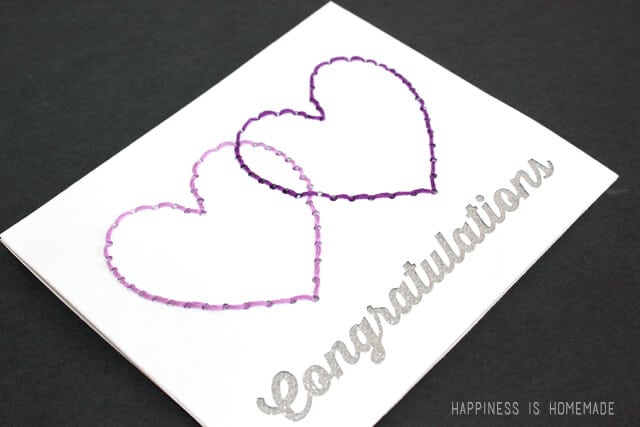 I could seriously make dozens of these! There’s something totally soothing about stitching around a pre-punched design! 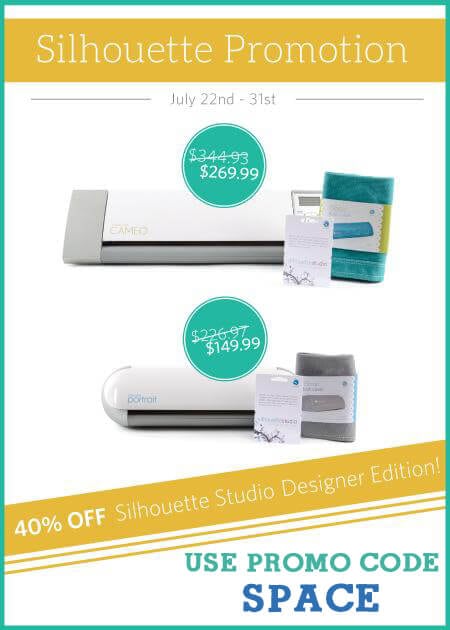 I get asked all the time if the Designer Edition software is worth the extra money, and I can’t say it enough – yes, yes, YES! (Especially at 40% off!)

There are also some smokin’ deals on Silhouette Portrait and CAMEO bundles, so hop on over to the Silhouette Store and check it out!

Use code SPACE at checkout to receive the discount prices!