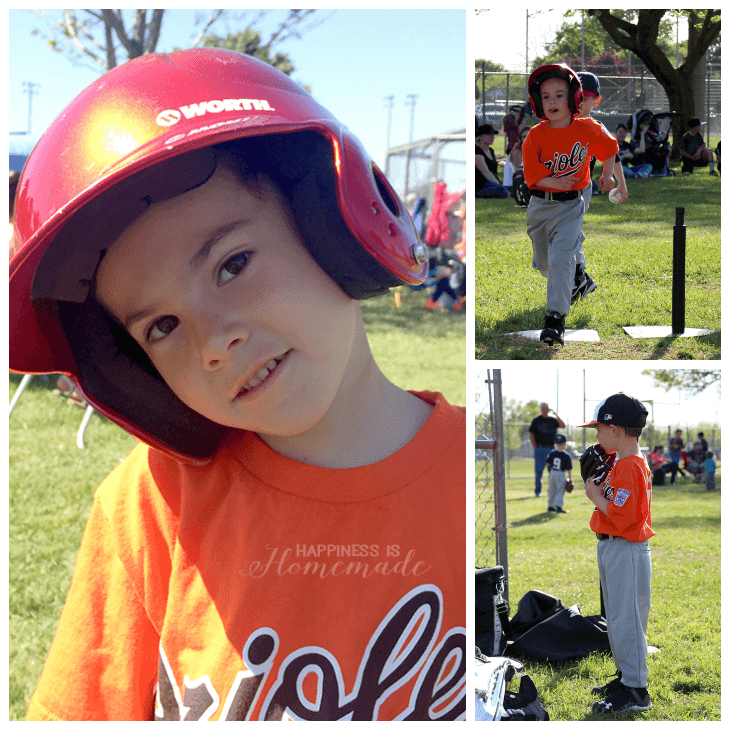 My boys have been playing baseball for the past four years, and this year was our youngest son’s first year of t-ball. He was super excited to finally be old enough to play, and he’s incredibly proud of his orange and black Orioles gear. 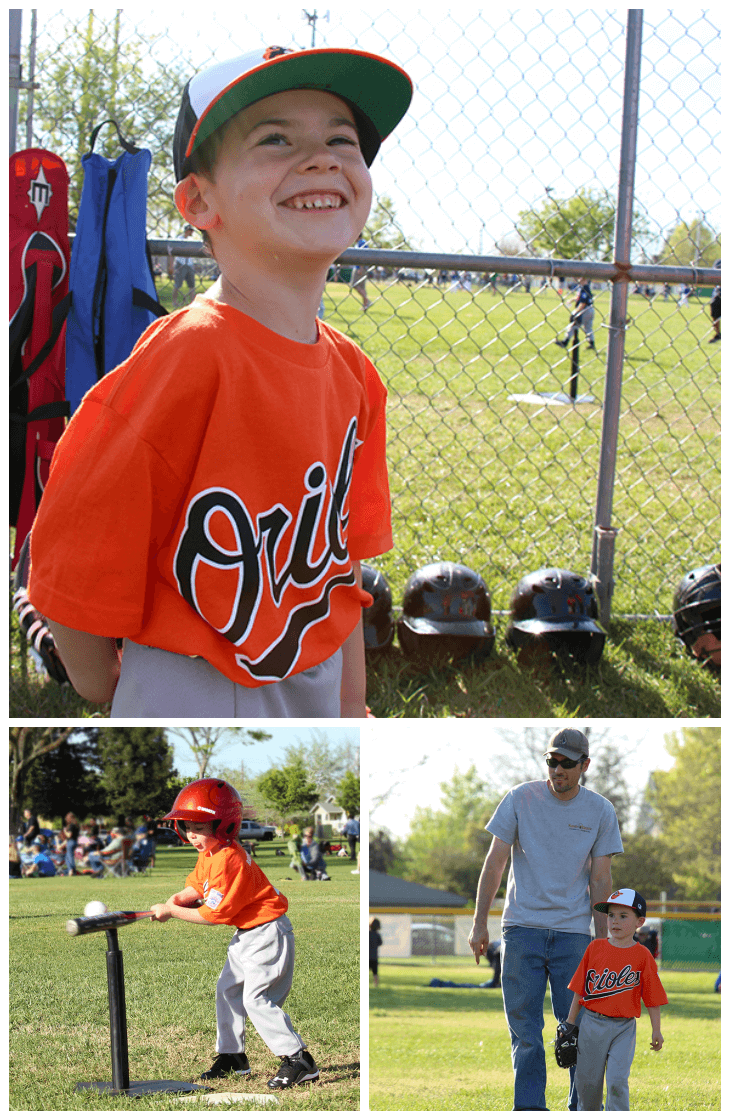 He says that he loves to bat, loves to catch, and loves to run…but then he’ll tell you that his REAL favorite part of t-ball is the team snack after the game! He lives for team snacks. 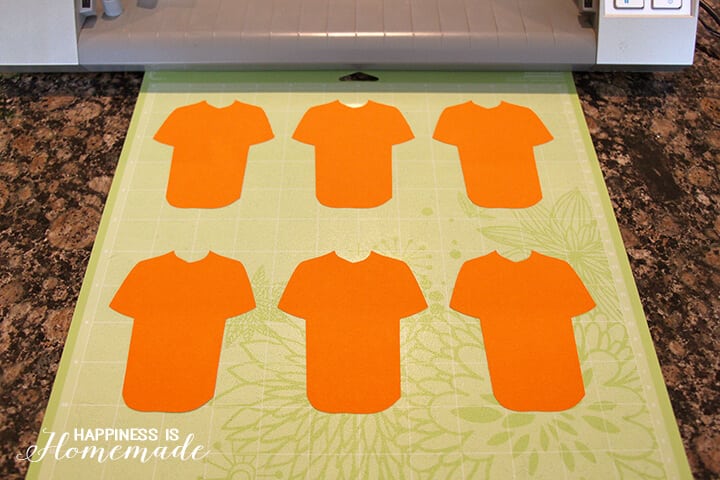 When it was our turn to bring the after-game team snack, I knew that I had to bring something extra special for all of Simon’s teammates. I decided to “dress up” our snacks (just for fun!), so I used my electronic cutting machine to cut out orange paper baseball jerseys. I also cut a second layer out of black paper that included cut-out button details. 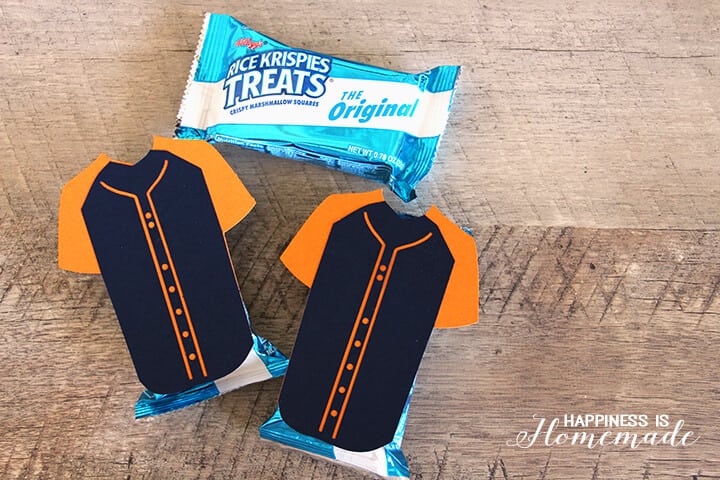 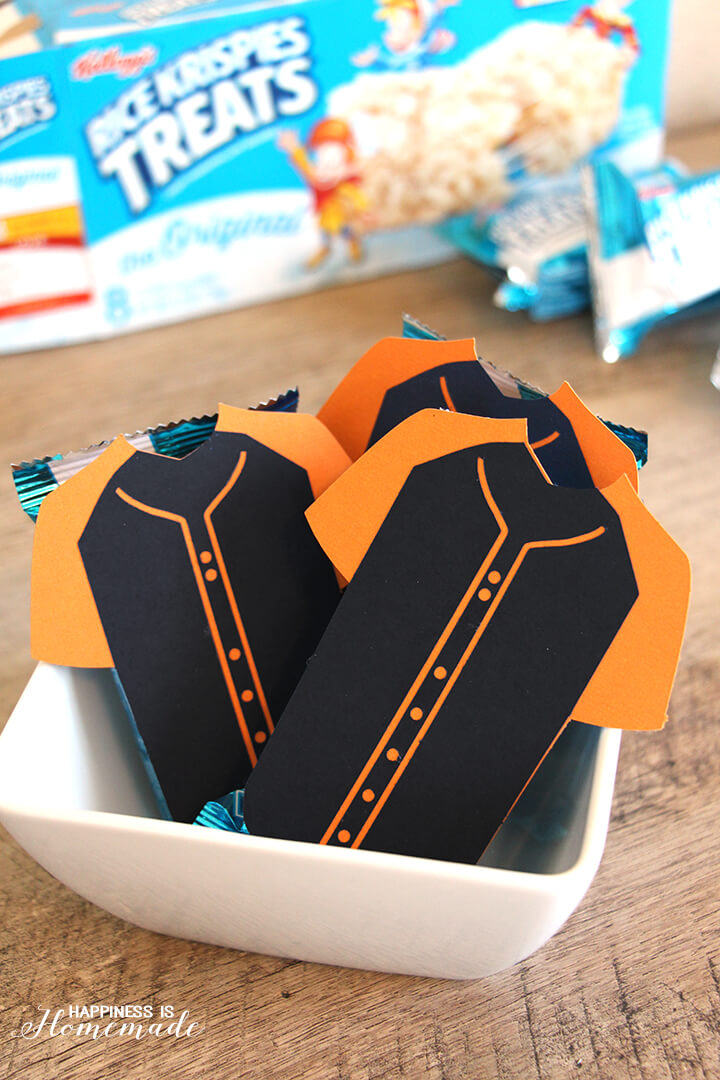 The kids LOVED them! 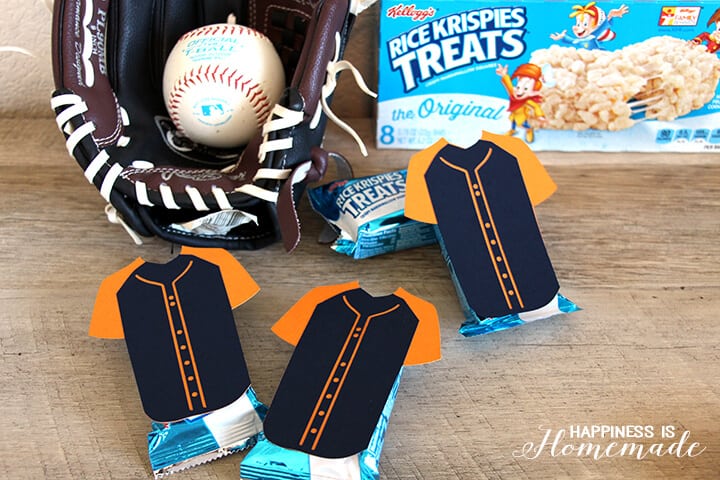 The jerseys were a big hit with the parents, too! I noticed a few of them carefully opening their child’s Rice Krispies Treats® wrappers so that they could save the jersey. It would make a really cute souvenir or scrapbook memento! 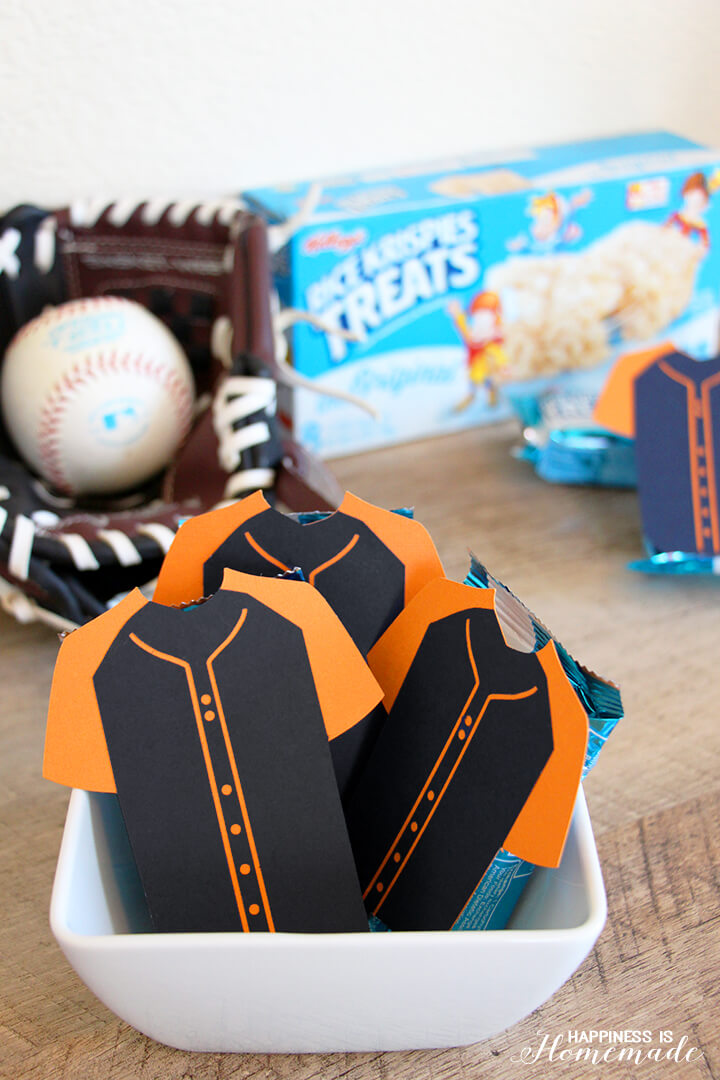 Kellogg’s® Rice Krispies Treats® is helping families unlock the fun this baseball season and #GetKreative with team treats that spark your imagination. Kellogg’s® has teamed up with Major League Baseball® and legendary shortstop Cal Ripken, Jr. to present the “Play Catch with Cal” Instant Win Game. Just pick up a box of specially-marked Rice Krispies Treats® through July 1, 2015, and enter the promotion code for your chance to play catch with Cal during the 2015 MLB All-Star Week. Good luck!

This is a sponsored post written by me on behalf of Kellogg’s® Rice Krispies Treats®.