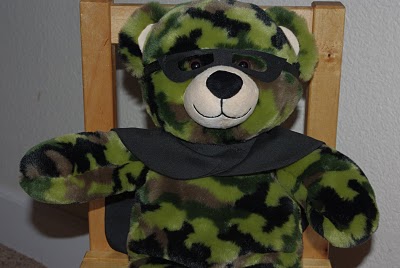 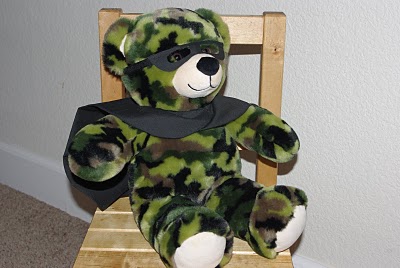 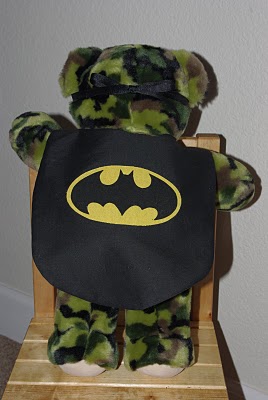 We took the boys to Build-a-Bear on Saturday, so naturally Sawyer spent most of Sunday morning begging me to create “something cool” for his new bear to wear (since this frugal Mommy was too cheap to pay an extra $12 for every outfit in the store that he had to have!). I quickly rounded up some black and yellow fabric from my stash, some Heat-n-Bond, a bit of black ribbon, two little pieces of velcro, a computer printout of the Batman logo, and an old bib to trace for my cape pattern…an hour later (which could have been about 20 minutes later if I didn’t have two eager boys trying to help ♥) and we had this “super cool” Batman cape and mask that matches the one that Sawyer has for himself. Yippee!

I used the Heat-n-Bond to build the Batman applique and attach it to the cape, and I used it to fuse two pieces of the black fabric together so that I could cut out the mask without worrying about it fraying. The only sewing I did on the mask was to attach the ribbon ties to it. I wish I had taken more step-by-step pictures, but my helpers were already jumping around too close to the hot iron for me to distract myself with the camera 🙂 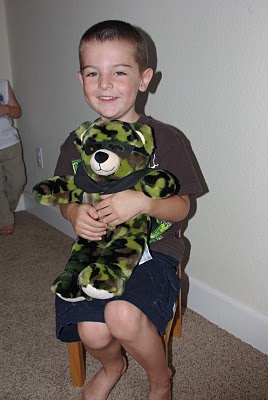