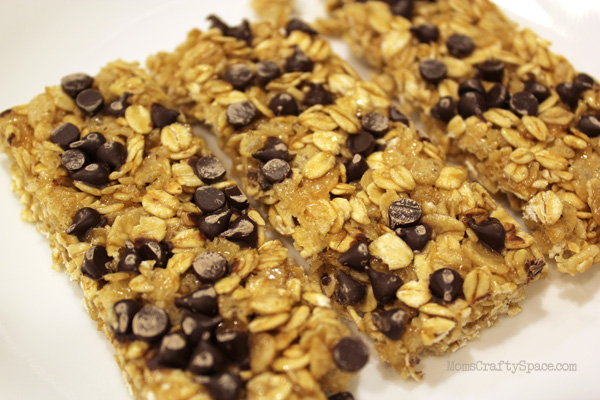 We eat a lot of granola bars around here, so lately I’ve been searching for the perfect recipe to recreate some of my boys’ store bought favorites (without all the extra yucky ingredients and preservatives!). We had tried a few that were a bit hit or miss with the kids, but I finally struck gold when I discovered the Cranberry Chocolate Chip Granola Bar recipe over at Baked by Rachel. I followed her recipe to the letter, and these granola bars came out perfectly! 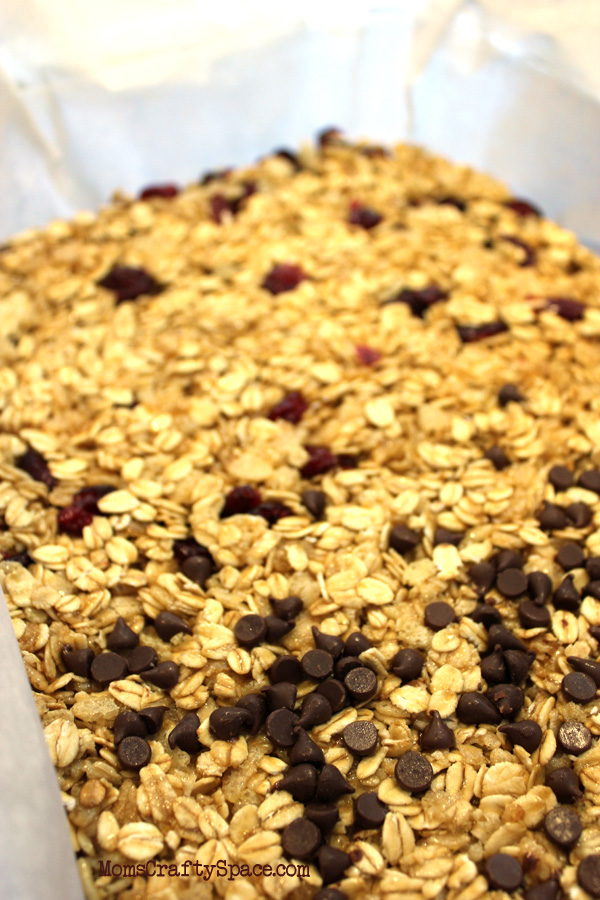 Since my boys weren’t keen on the idea of mixing cranberries with chocolate chips, I divided the mix in half and added the mix-ins to the separate portions. I dumped both of them side-by-side into the pan and left them to set up for a few hours.

After a few hours on the counter and 20 minutes in the fridge they were ready to be cut into perfect little bars. My 9×13 pan yielded a dozen chewy bars that were just slightly larger than their store bought counterparts. 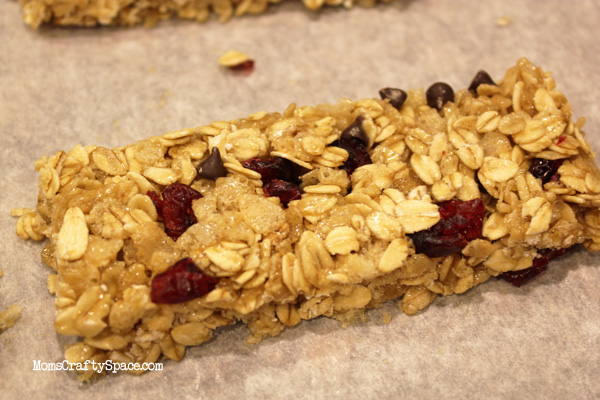 I thought that the two bars from the center of the pan that resulted in a mixture of cranberries and chocolate chips were the best (even if the picky kiddos still think it’s weird to mix the two!). I love that these took minimal time and effort to make, and I have the satisfaction of knowing exactly what my family’s snacks are made out of!