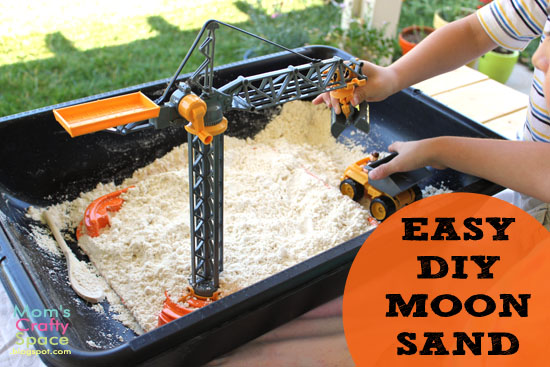 We LOVE Moon Sand around here! I know that many people cringe at the idea of moldable sand as a play toy (at least a couple of moms that we gifted Moon Sand to at kids birthday parties have LOL!), but I tend to think of it as an outdoor activity (i.e. easily swept up and/or hosed off), so the mess doesn’t really bother me. It’s one of those things that can keep my boys entertained for hours, so I personally tend to think of it as something just-short-of-miraculous. 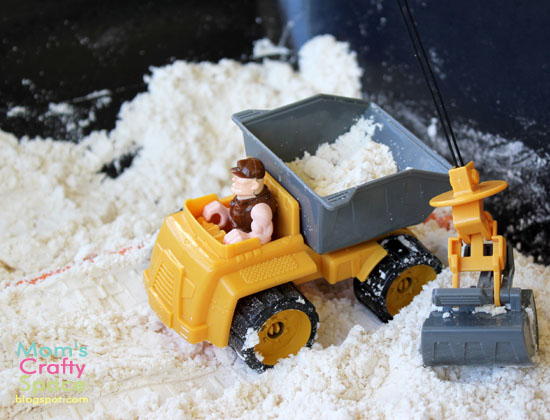 The problem with Moon Sand is that there is never enough of it to go around! With three boys wanting to dig their hands in and get squishing and molding, even the large packs of Moon Sand aren’t very cost effective when you consider that a large portion of it probably will end up on the ground/table/etc. (we try to remedy that by putting a sheet down underneath and then dumping all the spillage back into the tub).
When I discovered this recipe for Cloud Dough via Tinkerlab I figured it would be perfect for my Moon Sand lovin’ bunch. The recipe is simple: 8 cups of flour & 1 cup of oil (we used baby oil). Mix it up really well until all of the oil is incorporated into the flour. It will still look like flour (albeit full of teeny tiny lumps from the bits of oil), but it is moldable just like Moon Sand! I didn’t get any pictures of them when they were building with it, but they were able to mold bricks and stack up an entire wall with this stuff! 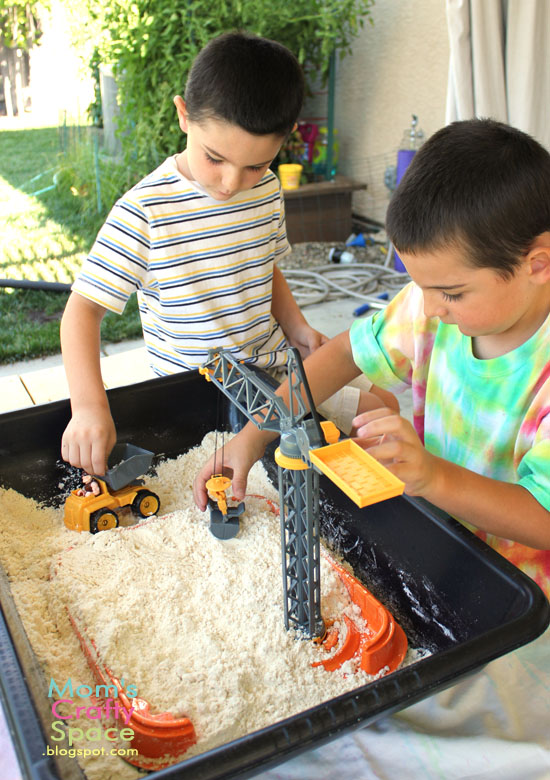 It kept these two entertained for the better part of the next TWO DAYS, and over a week later it’s still going strong out on our backyard table. Just as much fun as Moon Sand, but WAY cheaper!