This is the most delicious quiche recipe ever! Loaded with bacon, cheddar cheese, spinach and kale, it makes a perfect breakfast or brunch treat! 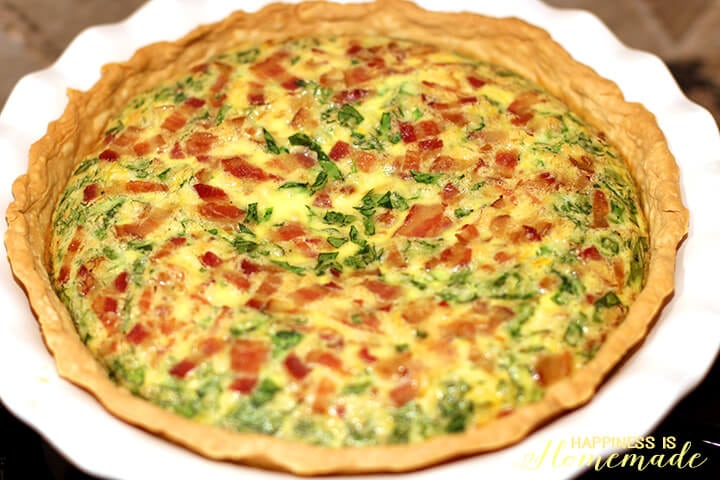 Earlier this month I was challenged to participate in the Chopped at Home Challenge, using a mystery basket of ingredients to come up with a delicious recipe. My mystery basket contained kale, cheddar cheese, bacon, and oyster crackers. My first instinct was to make a quiche, but instead I made loaded twice-baked potatoes to score extra creativity points since there were already a few quiche entries in the competition. I couldn’t stop thinking about making the quiche though, so I decided to whip one up alongside my Chopped at Home Challenge dish.

Unfortunately, my kiddos ate most of the oyster crackers while I was working on the loaded twice-baked potatoes, so I didn’t have enough left over for the crust of the quiche as I had originally planned. Luckily, I happened to have pre-made pie crust dough on hand, and it worked out perfectly! 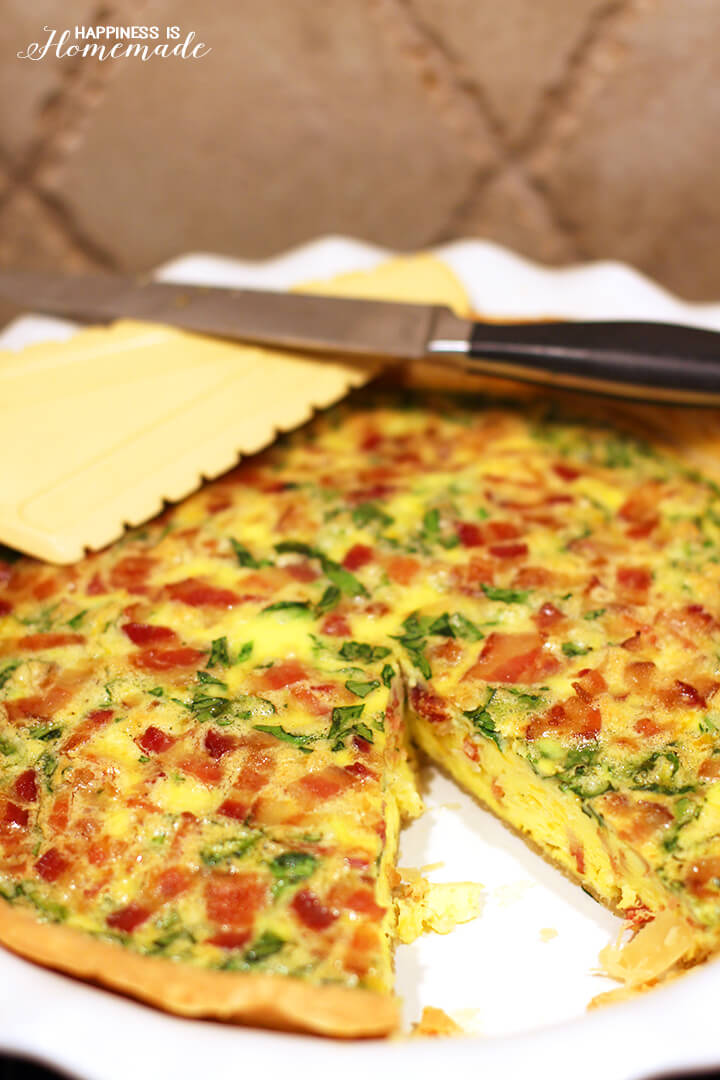 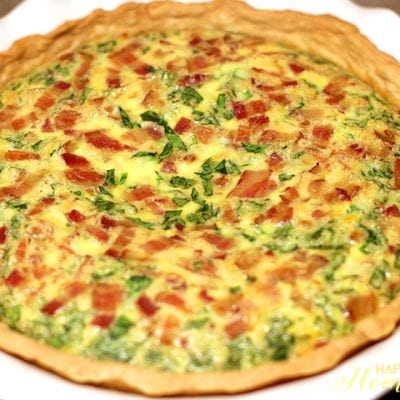 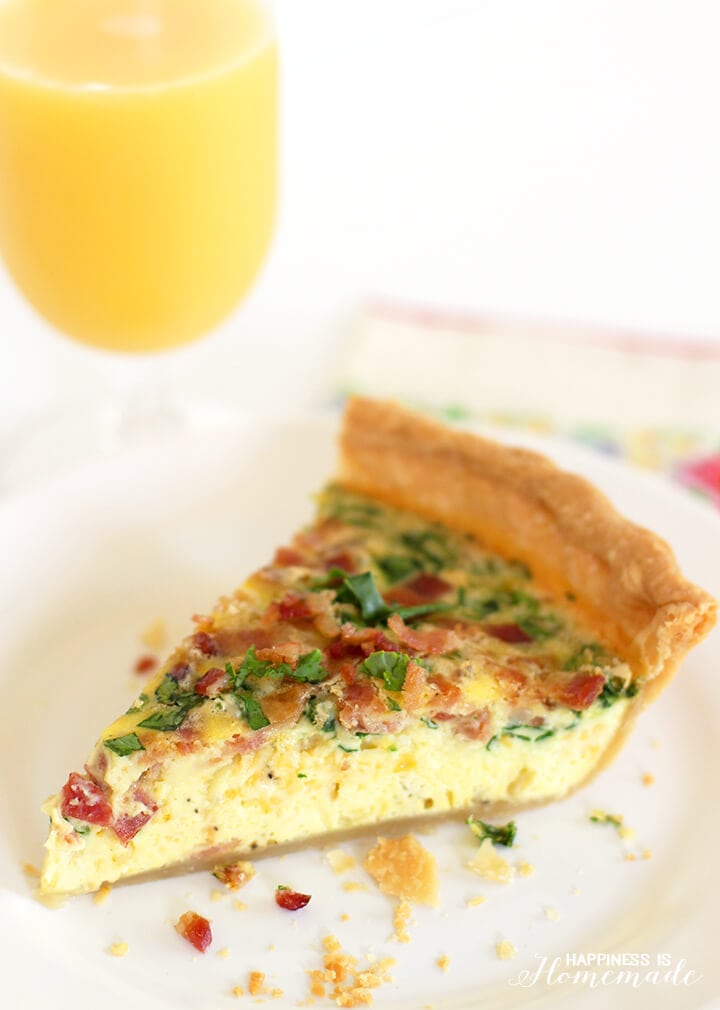 The kids couldn’t stop raving about how “seriously awesome!” and “totally amazing!” this quiche was, and judging by the way that they devoured the entire dish in a very short while, they weren’t just trying to be nice! I have to agree with them – this recipe is a keeper!