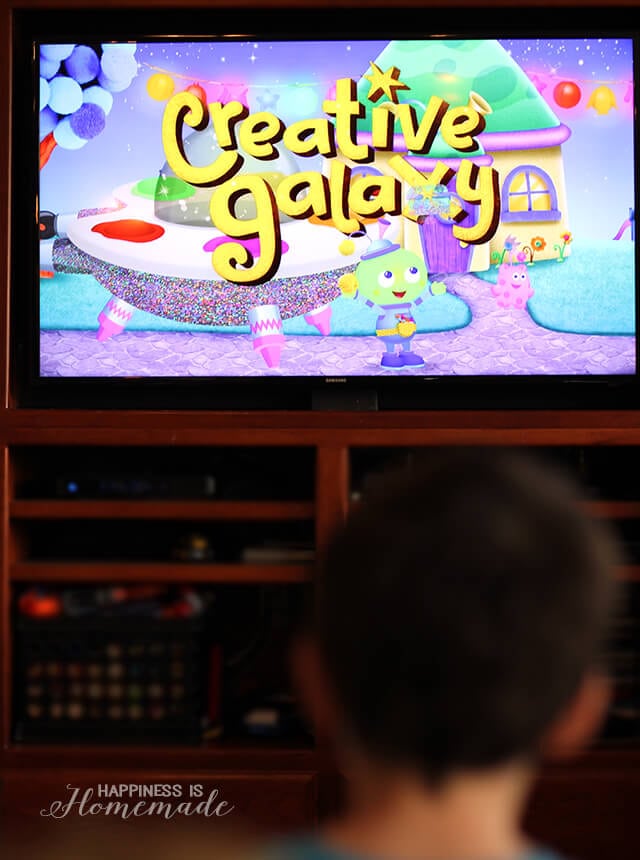 Have you seen the new Amazon Original Kids series Creative Galaxy yet? It’s totally adorable and educational at the same time (win-win!)! Creative Galaxy tells the story of Arty and his friend Epiphany as they go on interactive adventures and solve problems with art. Each animated episode is followed up by  a live-action piece that takes viewers step-by-step through the craft project that Arty showcased in the galaxy. The show is aimed at preschoolers, but all 3 of my boys (ages 4-9) enjoy watching and recreating the live-action art projects.

We invited a few of our neighborhood friends over for a Creative Galaxy inspired art playdate awhile ago, and it was a blast! We had a ton of fun streaming the show and then creating our own artwork inspired by it. 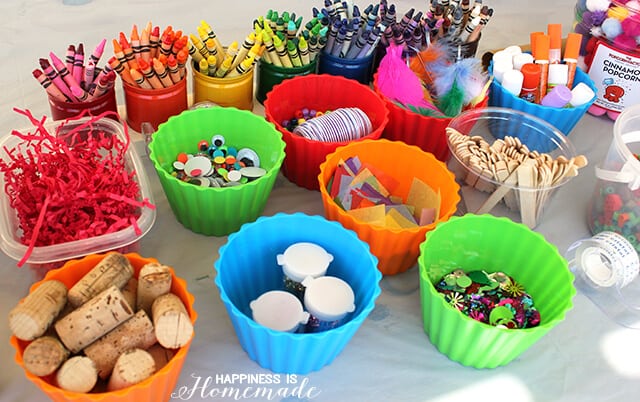 I set out an assortment of arts & crafts supplies, and let the kids use their imaginations and inspiration from Creative Galaxy to come up with their own creations. 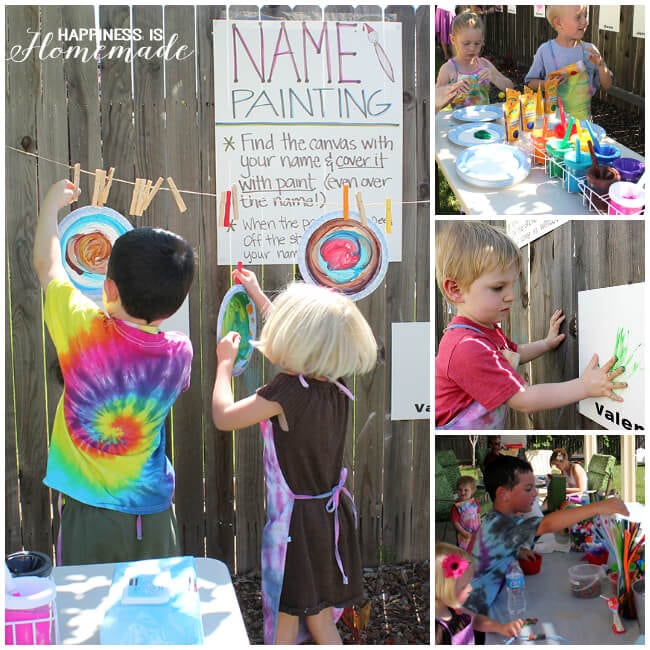 I also set up a couple of different art stations for the kids to have some messy sensory fun with paint. 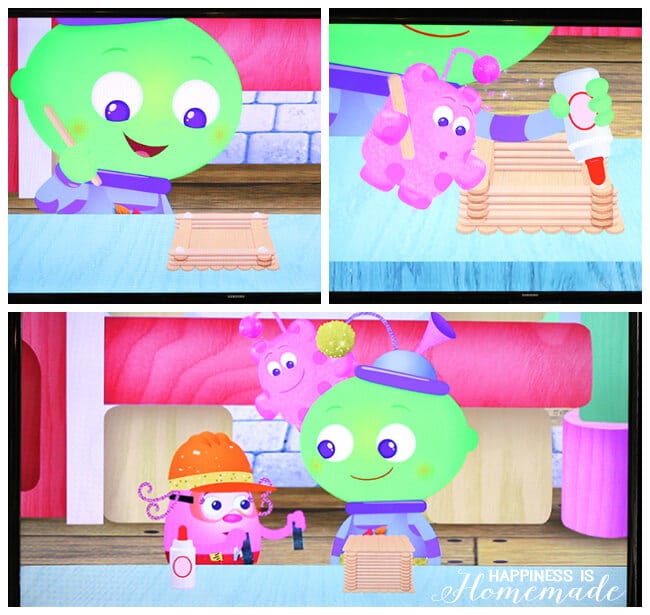 One of the favorite Creative Galaxy episodes was #7 – Arty’s Art-y Party/Arty’s Birthday Treasures, which the boys thought was totally appropriate since we were also having a party. In the episode, Arty shows the kids how to build a treasure box out of popsicle sticks, so naturally there were a lot of popsicle stick boxes made that afternoon! 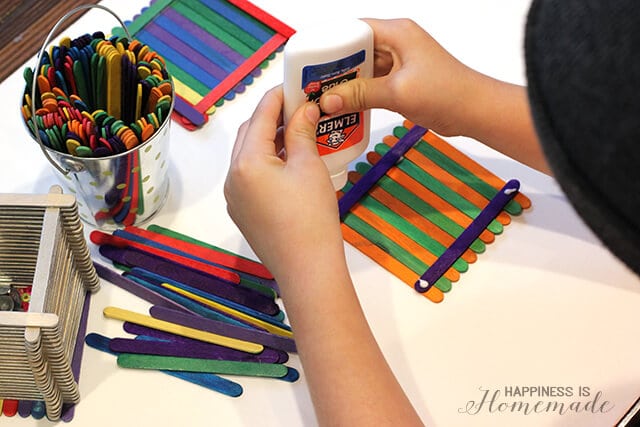 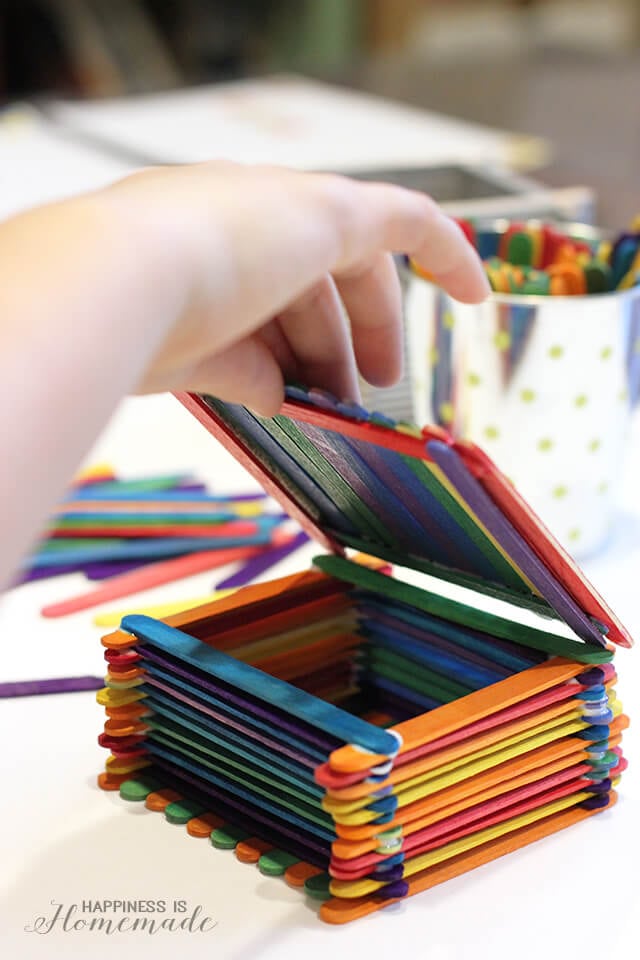 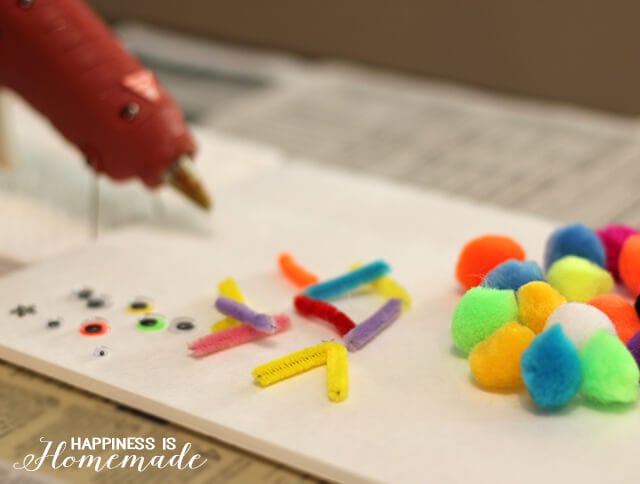 The kids made “Pom Pom Bugs” like Arty did in the very first episode of Creative Galaxy. I used a low temperature hot glue gun to help the kids glue their projects together so that the glue would set up quickly; however, the hot glue gun should only be handled by an adult! Children can create this project own their own using white school glue, but the Pom Pom Bugs will require additional drying time before they can be handled. 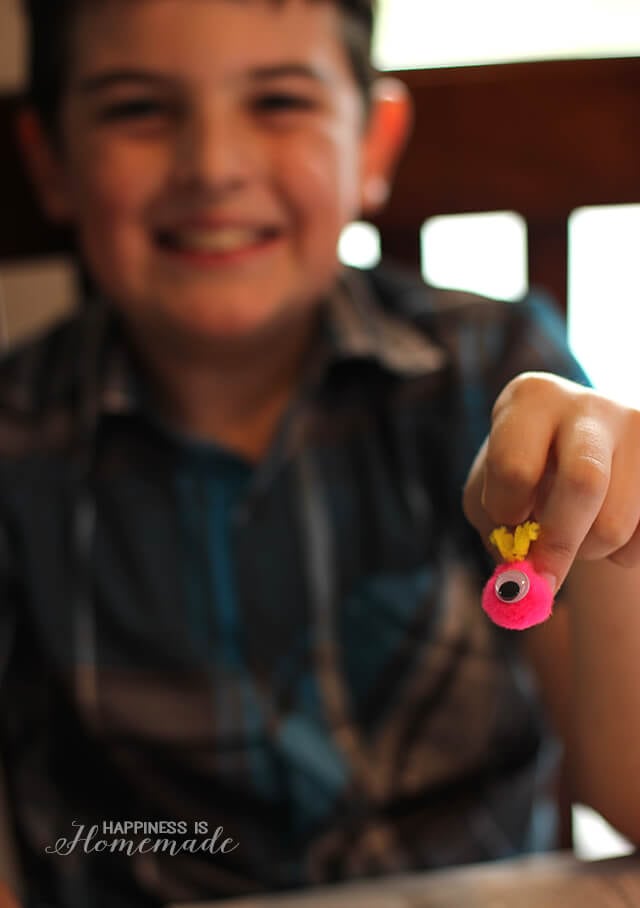 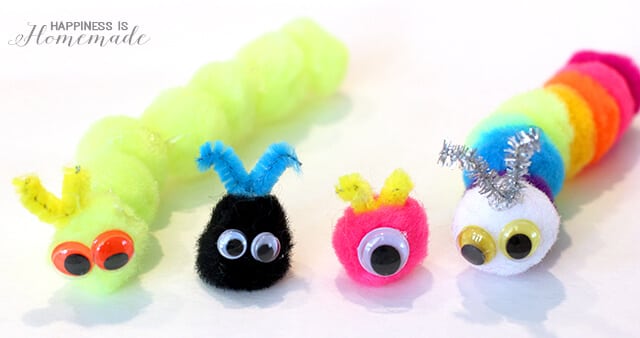 I love that the kids took the idea of Pom Pom Bugs and expanded it into Pom Pom Caterpillars! 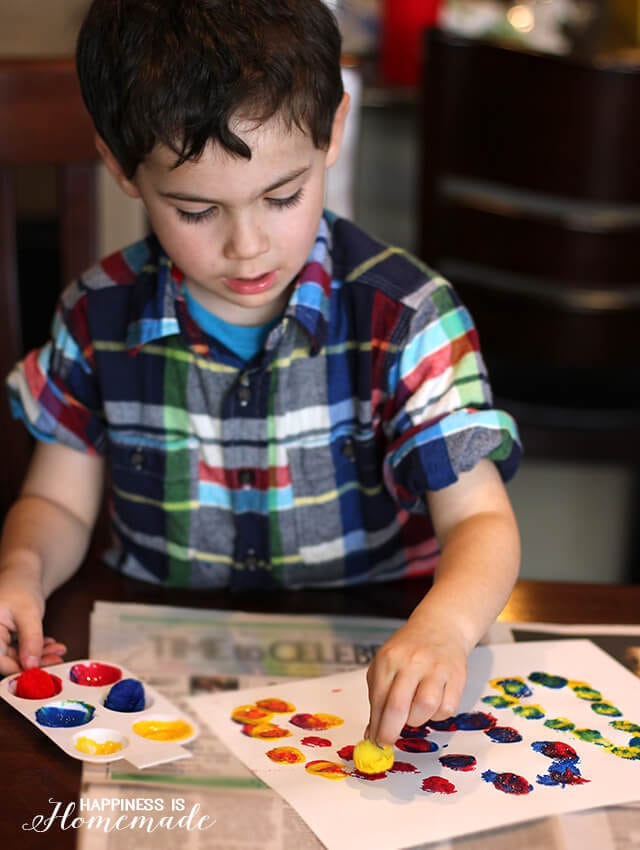 We also did some pom pom painting and learned about mixing primary colors into secondary colors. I love it when we can share our passion for creativity and have educational fun while playing with our friends! 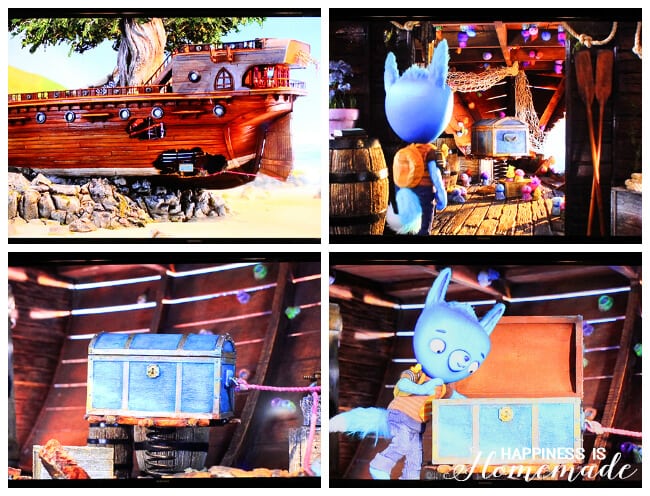 We also streamed a few episodes of Tumble Leaf, another fantastic Amazon Original Kids series that’s available only on Amazon Prime Instant Video. The show follows Fig the blue fox and his friends throughout the town of Tumble Leaf as they go on exciting science and nature-based adventures. The boys love the part of each episode where Fig peeks into his “Finding Place” treasure box to discover the theme of the adventure they’ll be having that day. I found myself actually wanting to sit down and join my kids in watching Tumble Leaf because it was entertaining and intelligent at the same time. It is SUCH a cute show, and I love that we all genuinely enjoyed watching it together! 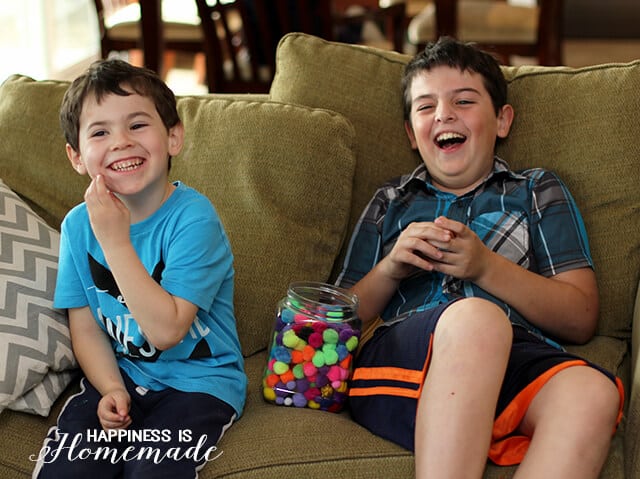 My boys totally loved all of the Amazon Original Kids shows, and they kept on watching and having fun together long after all of our guests had gone home!

I was selected for this opportunity as a member of Clever Girls and the content and opinions expressed here are all my own.