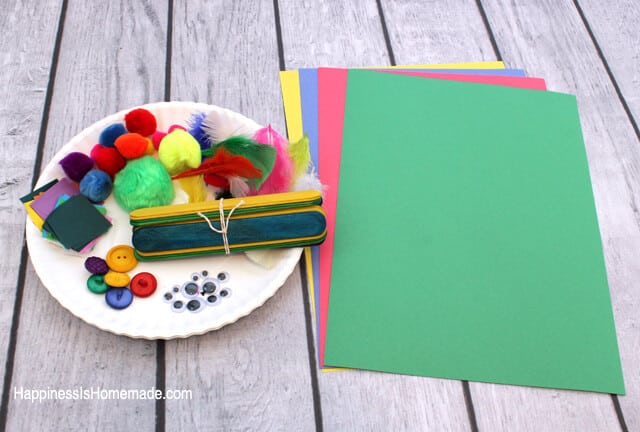 My three-year-old, Simon, loves educational activities. He can’t get enough of practicing his letters, numbers, shapes and colors, so when we received a box of goodies from Elmer’s Early Learners Academy I wanted to use the materials to create something fun and educational for him. Simon is keen on sorting and categorizing, so I decided to make him a sorting activity that can be used for color, shape, and letter sorting (and more!).

In these photos I am demonstrating a color sorting activity, but it can very easily be changed so that the child can sort objects by shape or by beginning letter sound and more. 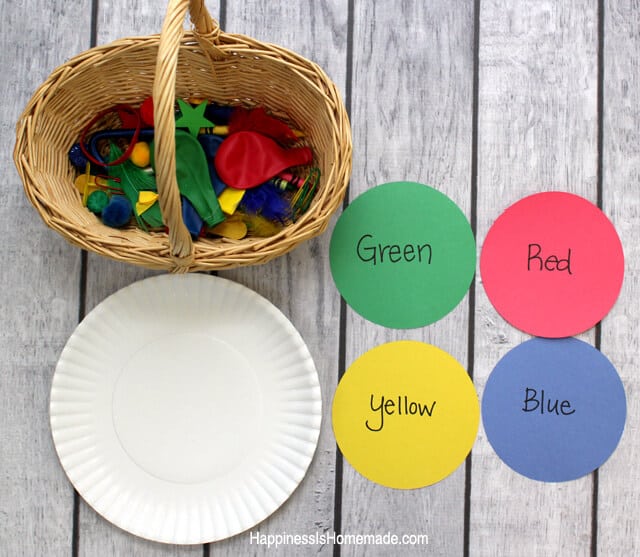 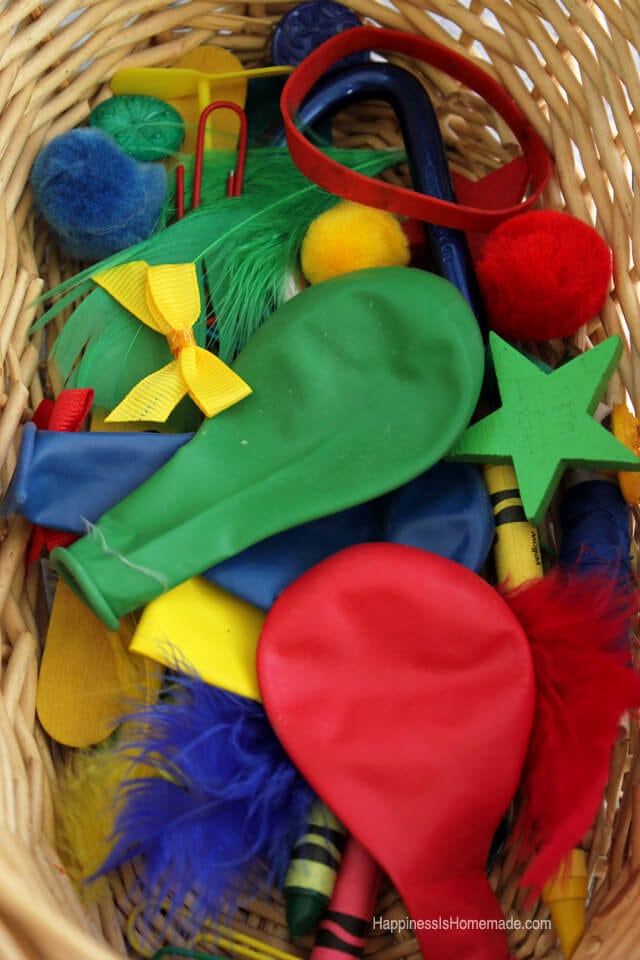 My favorite thing is that you don’t have to spend a dime to create this activity! I quickly rummaged through desk drawers and baskets in my office to come up with this collection of objects for Simon to sort. Yep, you can find all of this randomness in my office lol! 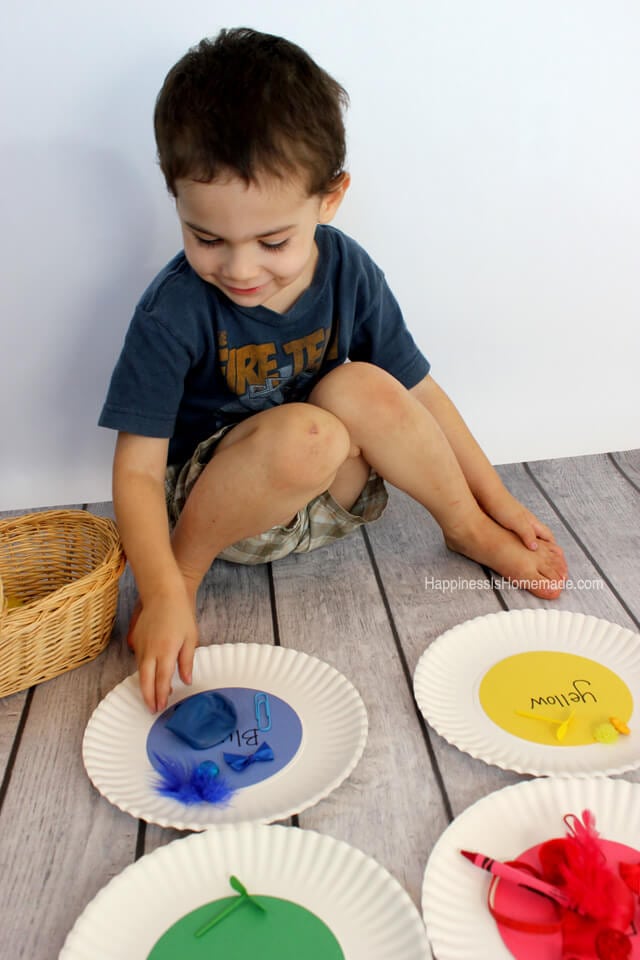 Set a colored circle in the center of each plate, and invite the child to start sorting the objects. Simon LOVED it!

It only took me about five minutes to put this activity together, but it kept Simon busy and occupied for half an hour as he sorted and re-sorted the objects again and again! 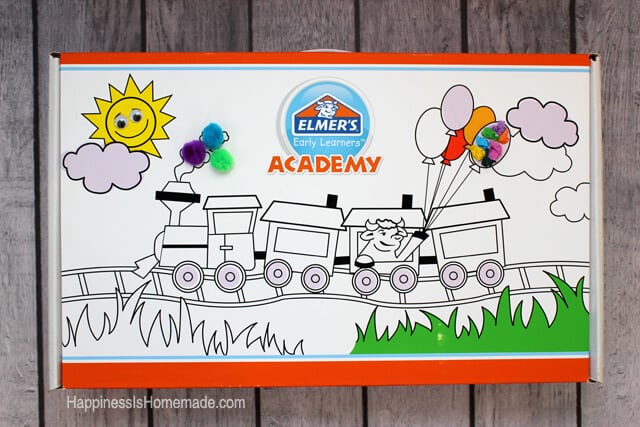 The other thing that kept Simon busy and involved for over an hour was this adorable box that the Elmer’s Early Learners supplies came in – seriously, how cute is this?! 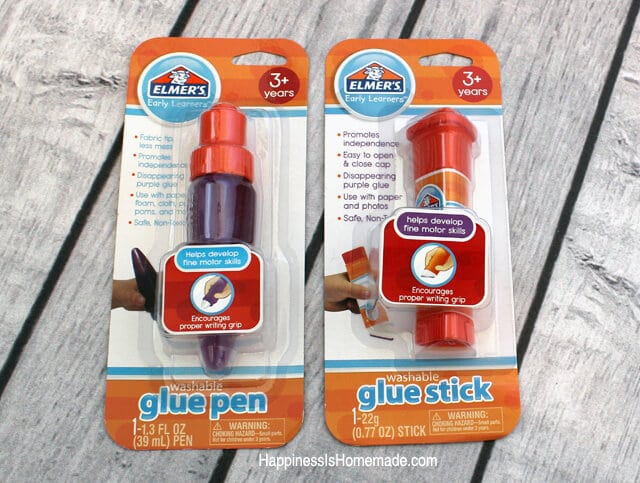 The Early Learners Glue Pen and Glue Stick were a HUGE hit! I have given Simon glue sticks on several occasions, but I have to admit that I was rather nervous about handing him a glue PEN that delivers a small amount of liquid glue with a light squeeze. My fears were soon totally squashed though when I saw how awesome the glue pen is!

The amount of glue that Simon was able to squeeze out was the perfect amount for gluing down googly eyes, buttons, and feathers without making a mess of excess glue! The purple color showed him exactly where his glue was placed, and it didn’t drip or ooze out when left open and laying on its side. I have to say, hands down, that the Elmer’s Early Learners glue pen is one of our most favorite products that we’ve ever had the pleasure of reviewing! 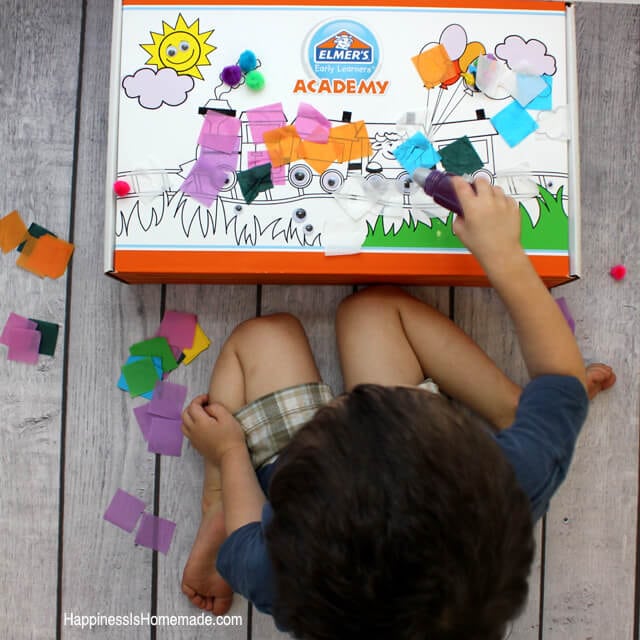 He was completely enamored with gluing down everything he could get his hands on, and he happily and intently worked on his project for a very long time. 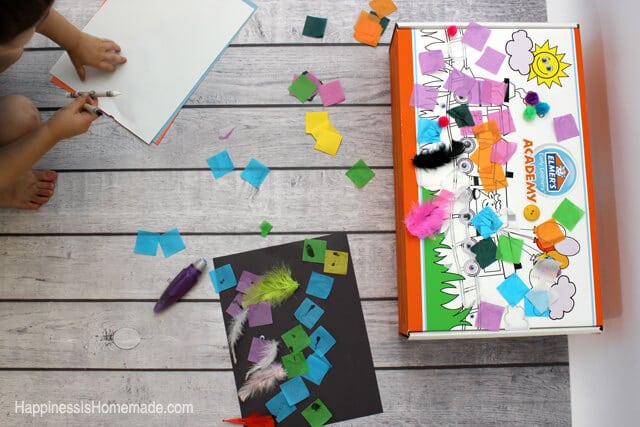 Thanks so much to Elmer’s for providing us with the art supplies (and that super cute box!) that inspired both educational play and imaginative creative free play!