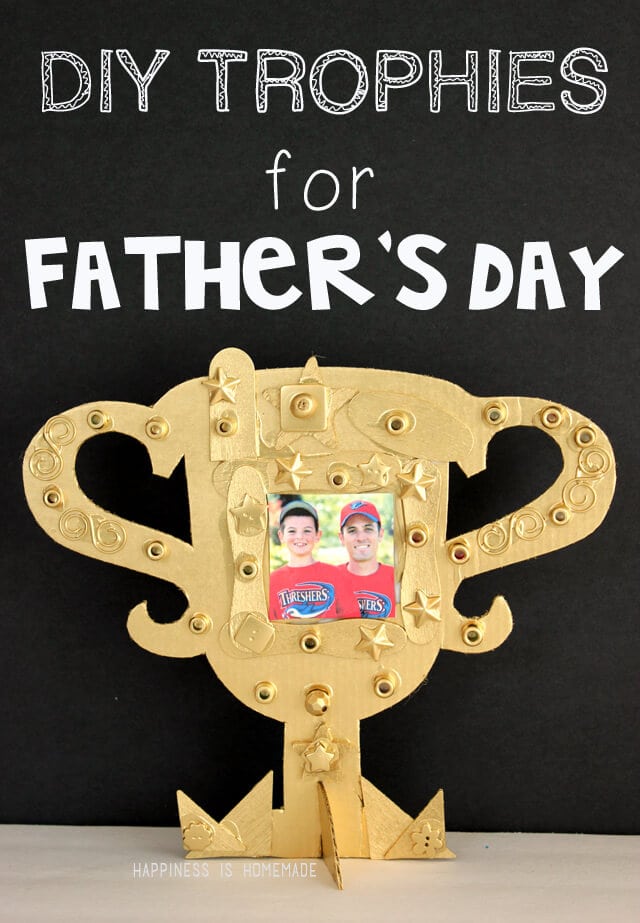 There has been a lot of trophy talk around our house lately with both baseball and soccer seasons winding down. The boys are always thrilled when they receive a trophy for their hard work, so they came up with the idea of making Dad his own DIY trophy for Father’s Day this year. 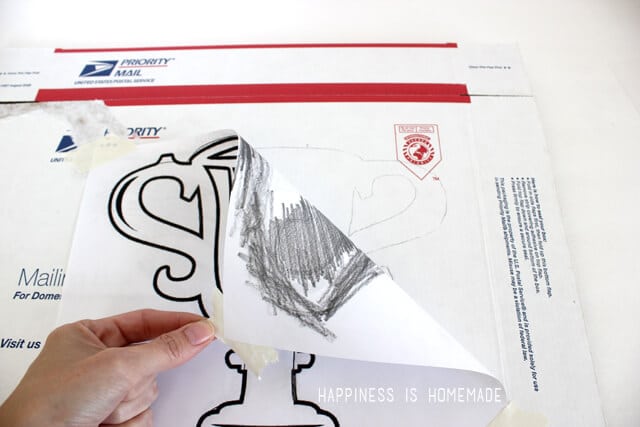 We started with a clip art trophy image that we printed out online (just search “Trophy Clip Art” on Google) and a recycled shipping box. Sawyer (age 8) colored over the back of the image with pencil, and then we taped it down to the box and traced the outline to transfer the image to the box. 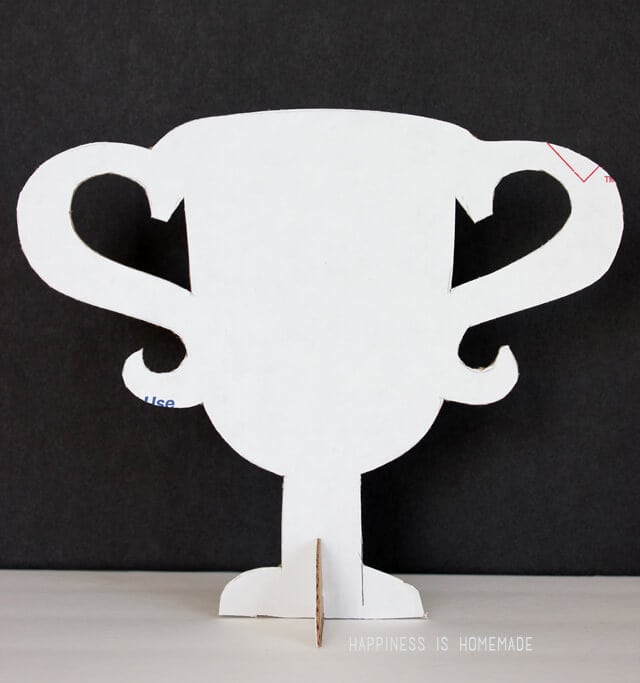 Sawyer tried to cut the box all by himself with scissors, but it proved to be a little difficult, so I used an Xacto knife to help him cut out the trophy shape. I also cut a small semi-circle to serve as the stand. 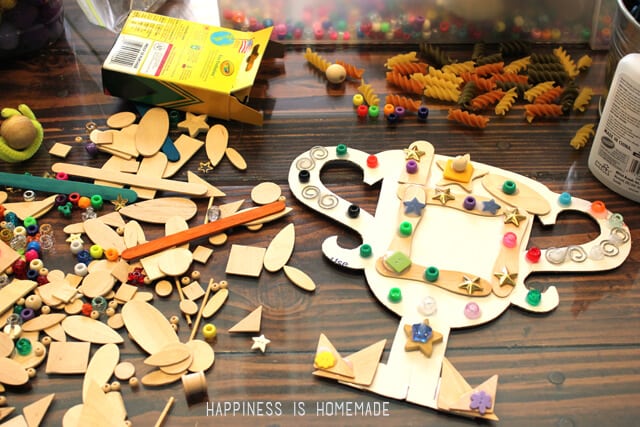 He gathered up all kinds of beads, rhinestones, dried pasta, buttons, wood shapes and more to embellish his trophy, and then we allowed time for the glue to dry completely. 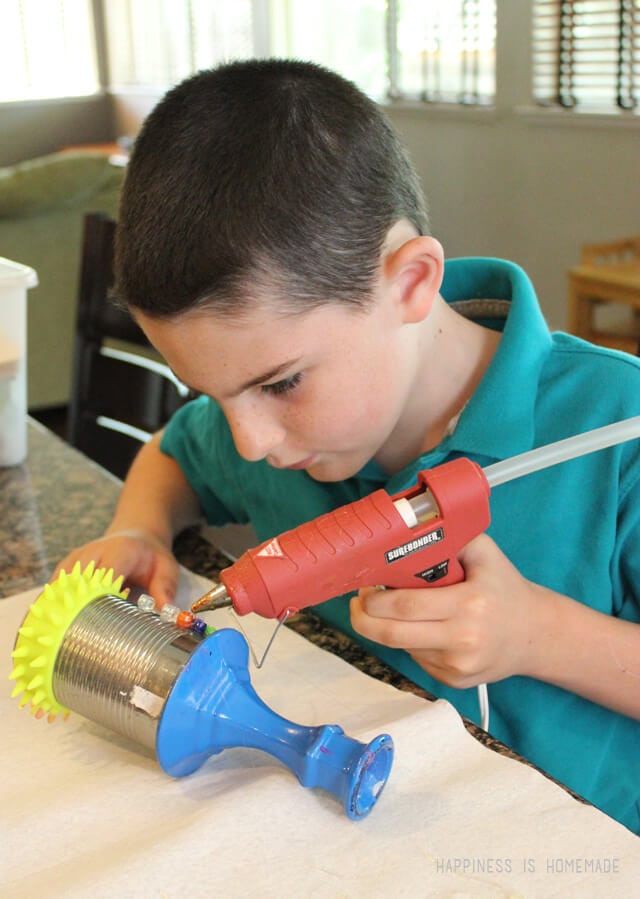 While Sawyer was working on his cardboard trophy, Sutton (age 7) was making a different kind of trophy for Dad. He collected a candlestick, recycled can, a spiked bracelet and lots of other bits and pieces to create a “junk trophy.” I used E-6000 glue to glue the can to the candlestick, and then he used a low temperature glue gun to attach the rest of the pieces. 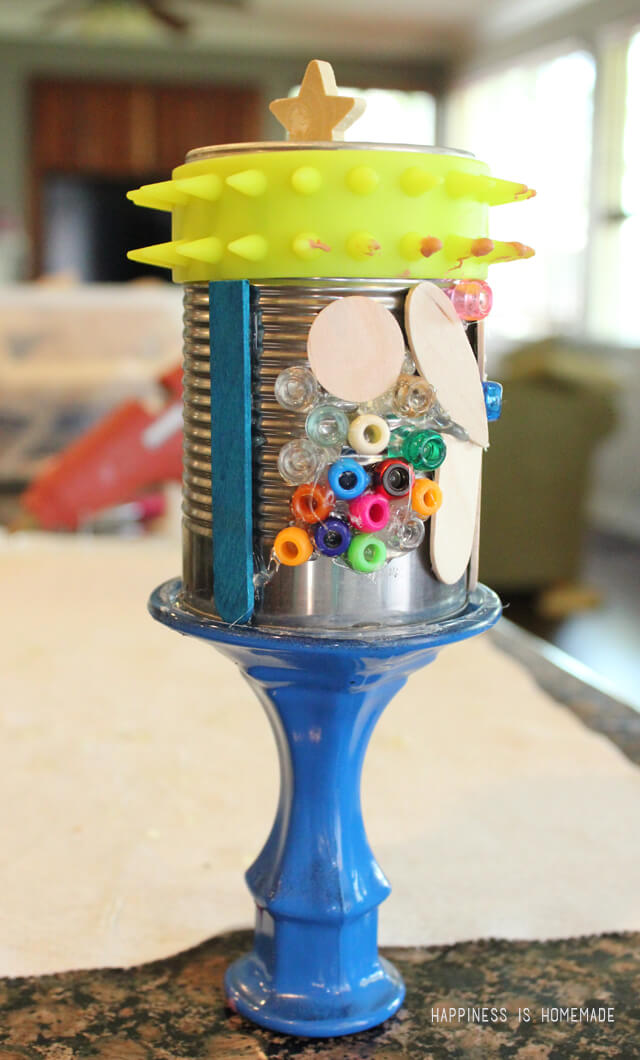 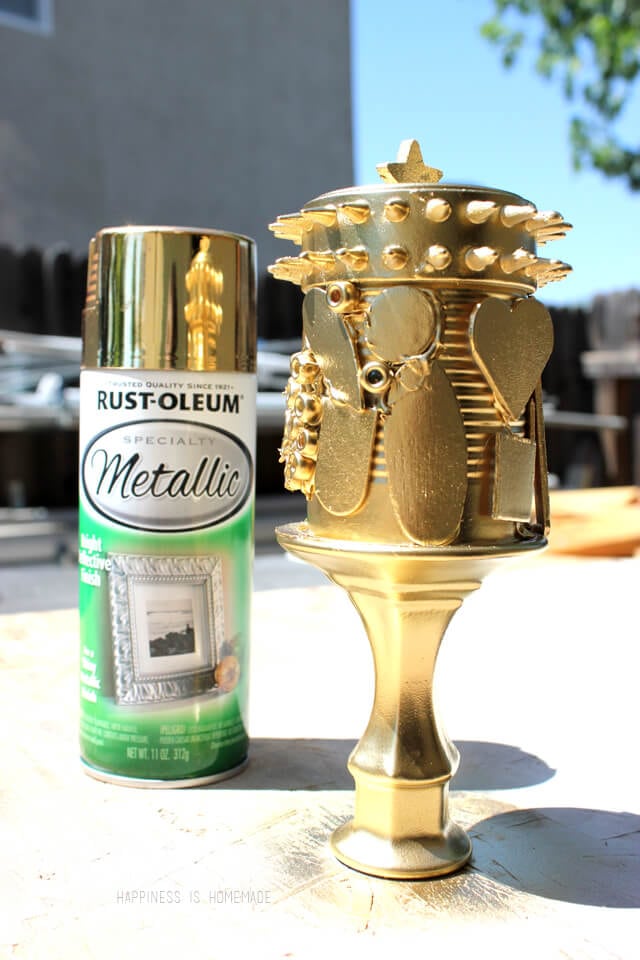 I gave the trophy a coat of primer to ensure that the paint would adhere properly to all those different surfaces, and then I gave both trophies a coat of my favorite Rust-Oleum gold metallic spray paint. 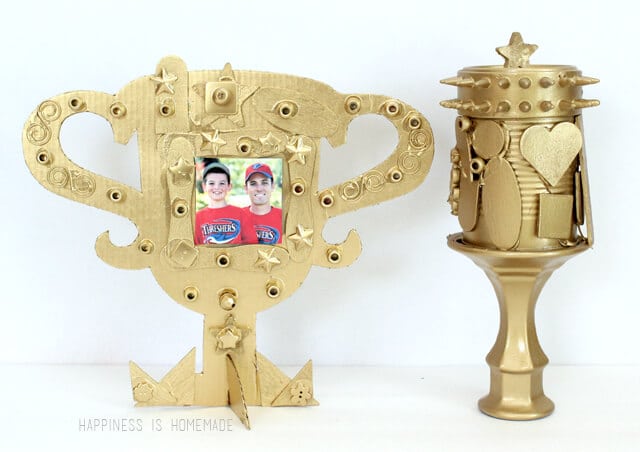 Tada! Easy peasy! Sawyer added a photo to the center of his trophy, and Sutton is planning on adding one to his, too (once he finally decides which one he wants to use!). 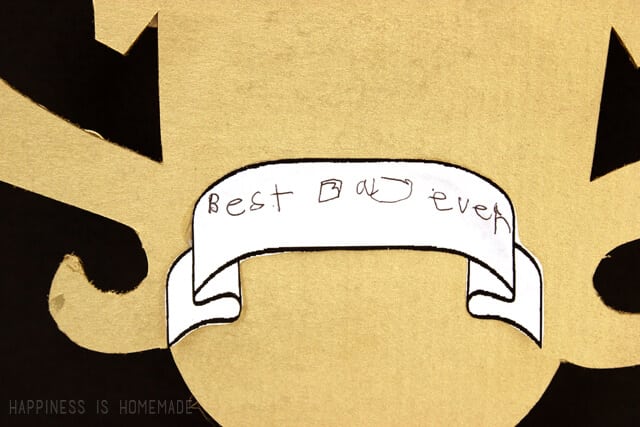 There’s even a “Best Dad Ever” banner on the back of Sawyer’s trophy – Dad is going to love this!