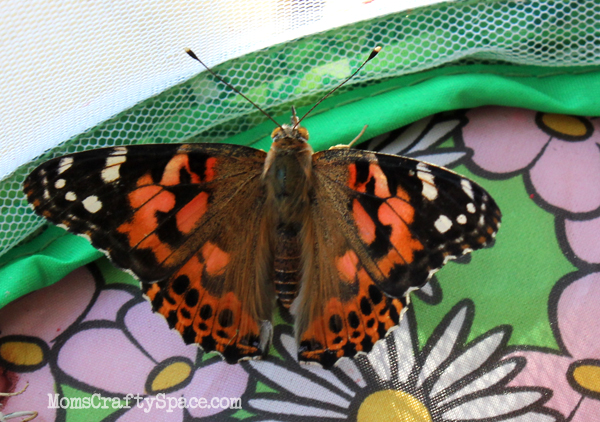 This is our second year raising painted lady butterflies from caterpillars, and it was just as exciting and enthralling for the kids as it was the first time. We’ve also raised ladybugs and praying mantises, which is really super fun and interesting as well!

I ordered a Live Butterfly Garden kit, and scheduled our caterpillar delivery for the week after I returned from my work conference so that I wouldn’t miss anything while I was gone. It’s really nice that they have the option of pre-ordering and scheduling your delivery for later!

Update: you can also now get the full updated kit including the LIVE caterpillars sent to you directly from Amazon as well! 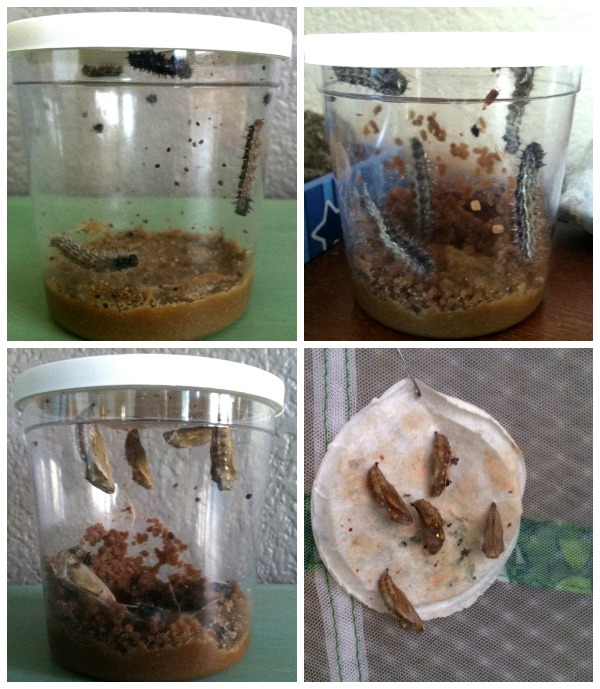 When we received our caterpillars they were initially much bigger than we expected (upper left). Last time they were MUCH smaller – only about half that size! After three days they were full grown (upper right), and by the sixth day they had all spun their cocoons (lower left). Two days later we moved the chrysalises to the mesh habitat (lower right), and a week later our painted lady butterflies emerged! 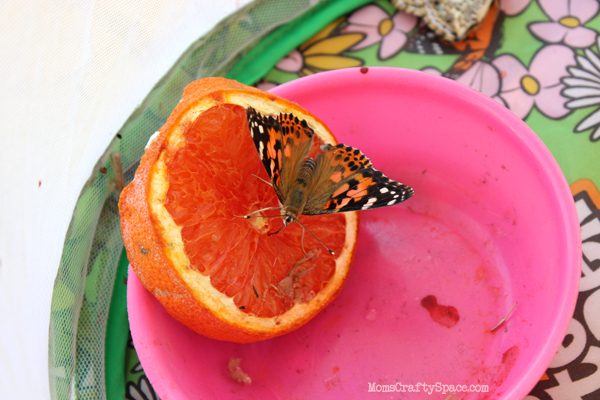 The butterflies like to feed on orange slices and watermelon. The red liquid that you see all over the habitat isn’t blood – it’s meconium that is expelled when the butterflies emerge from the chrysalis. If you’ve never raised butterflies though, it can be kind of a shock to see all of that red liquid, so rest assured that it’s completely normal! 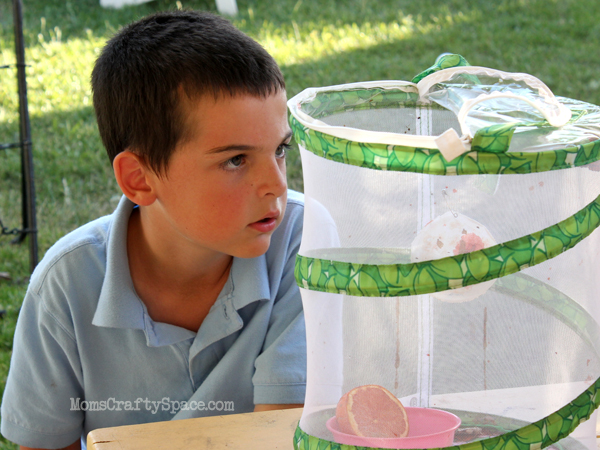 We watched our butterflies for a couple of days, and then it was time to release them. 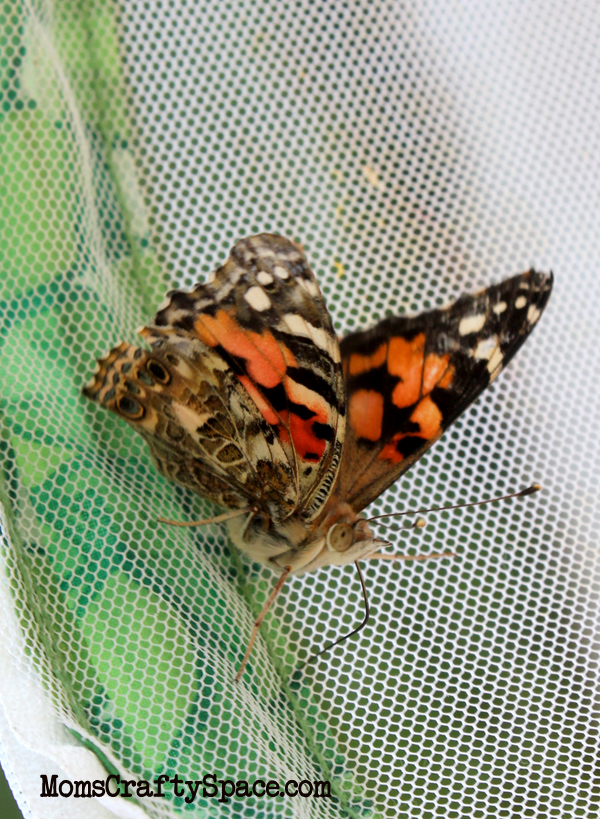 If you ask me, butterflies are actually kind of creepy looking up close! 😂 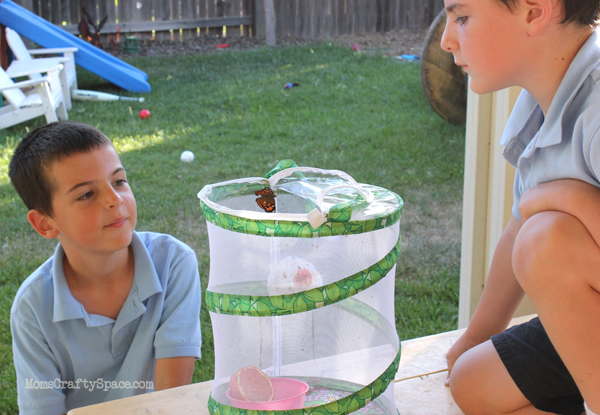 Each butterfly waited a few minutes before they left the habitat, and all of them fluttered around our yard and patio for quite awhile before flying off into the sunset, but the last butterfly took an incredibly long time before he left us. 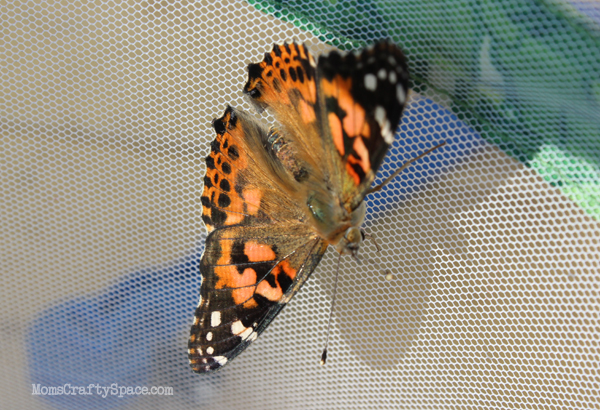 He would fly up to the very top of the mesh and crawl around before flying back down to feed on the orange slice once again. 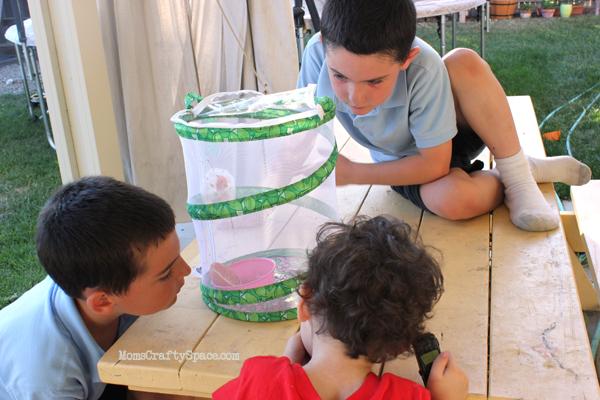 The boys watched intently for about a half an hour as the last butterfly did his back-and-forth dance. 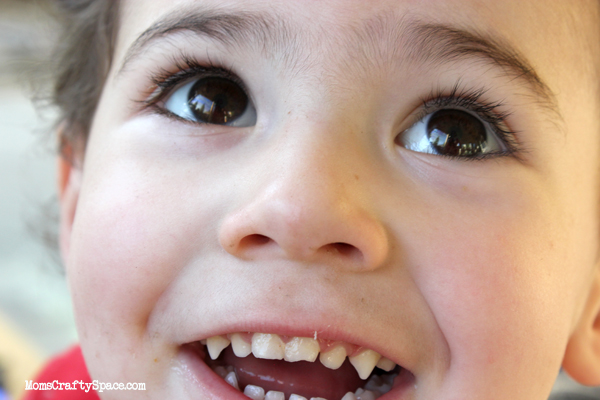 When he finally took flight, Simon was SO excited to watch it fly away! 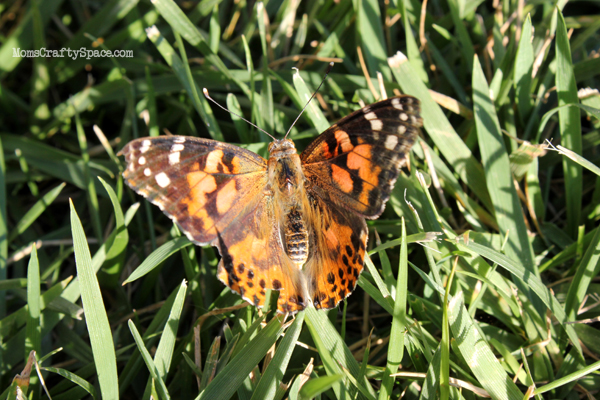 …and then he stuck around and hung out in our yard and on our lawn for another fifteen minutes or so. 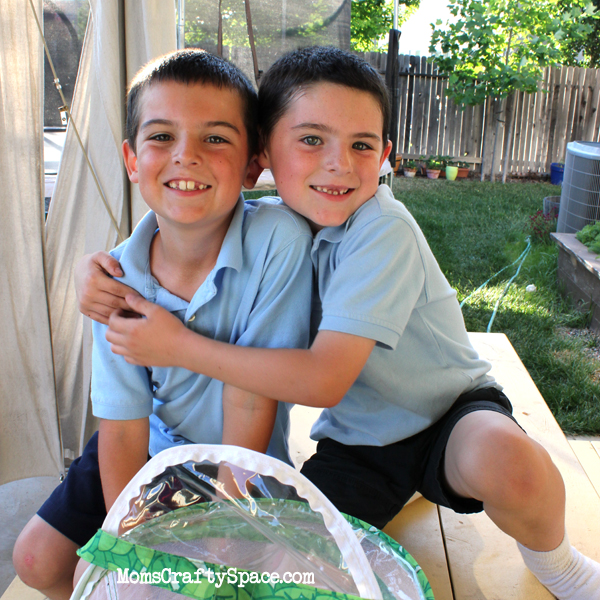 Sawyer and Sutton were so proud of themselves for another successful year of butterfly raising, and they’re already looking forward to our next round of caterpillars!