The stinkiest household smells + a super powered odor killer that removes them all! 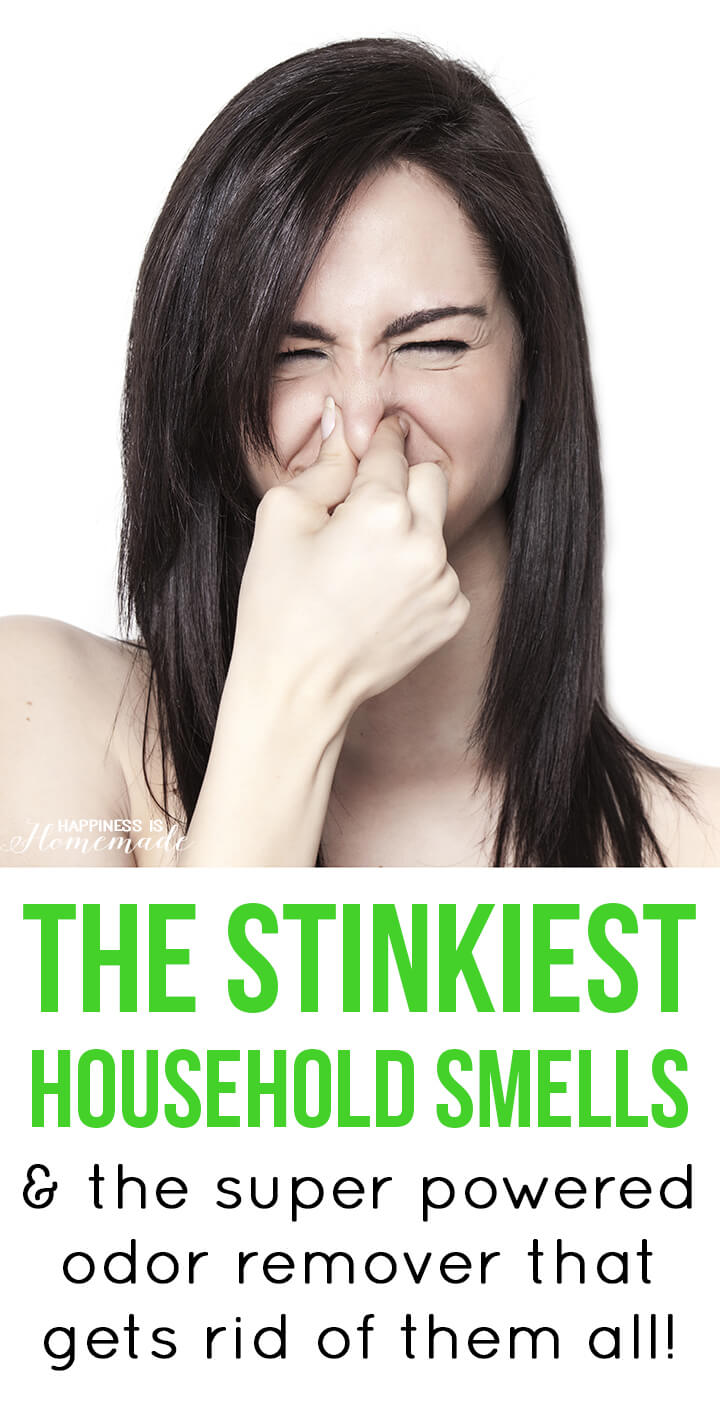 Day to day life is full of funky smells – dirty diapers, mildewed laundry, spoiled food, pet accidents, and SO many more. We’ve had our fair share of stinky situations lately, and as a result, I discovered a fantastic odor removal product that works even better than I had hoped! 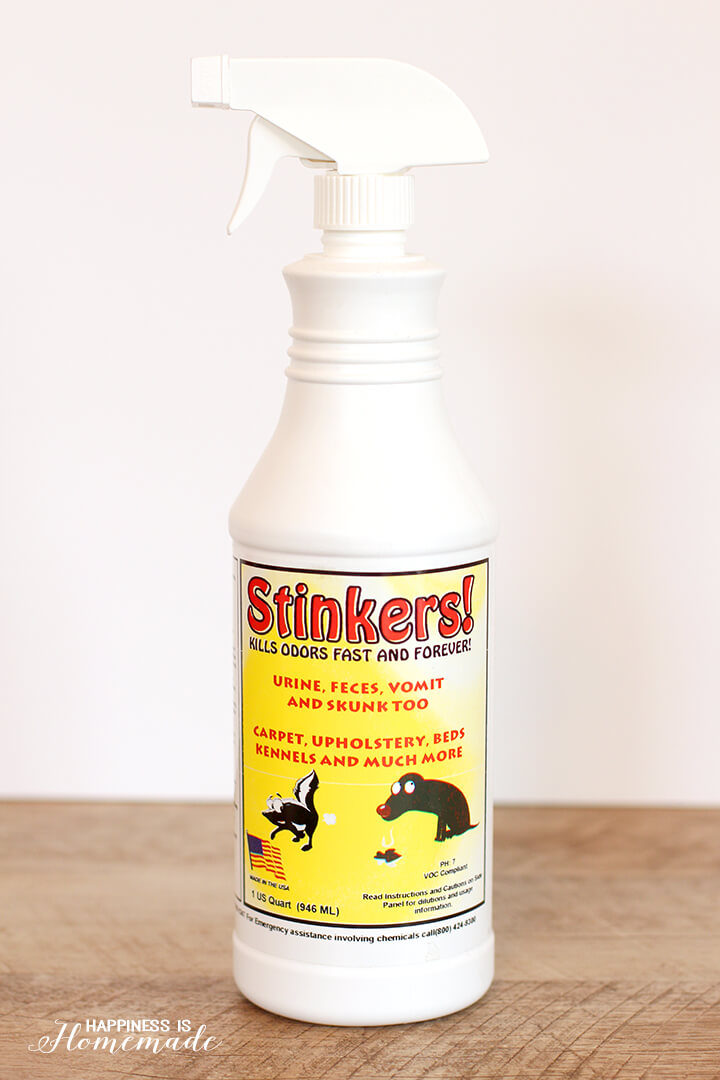 Stinkers! is a powerful odor remover that’s tough enough for the nastiest of all organic household smells, and it actually eliminates the offending odor without just masking it. Stinkers! is available in a ready-to-use spray bottle or a 10x concentrated solution, and is safe for all fabrics, leaves no residue, and requires no rinsing. You can’t get much easier than that!

Over the past couple of weeks, we’ve had the opportunity to put Stinkers! to the test on several occasions, and I wanted to share how well it performed in these five ultimately stinky situations (spoiler alert: AMAZING!):

1.Vomit – Norovirus (aka the stomach flu) made its rounds through our family at the beginning of December, and it hit us HARD. In fact, it hit some of us more than once (ugh!), and there were plenty of middle of the night accidents where a kiddo with groggy aim missed his “barf bucket” and hit the floor instead. Fortunately, we had spread towels down on the floor, so the carpet was spared of any damage, but the foul odor lingered for days until I discovered Stinkers! I sprayed a liberal amount of Stinkers! on the smelly area of carpet, and within minutes I couldn’t smell the sick aroma anymore – thank goodness!

2. Dead Animal – yep, we had the chance to test this one out, too! Our cat caught a tiny mouse and brought it into the house to show it off. Naturally, the tiny mouse promptly escaped into an even tinier crack between our office cabinets and the wall. There was no way for us to get in there to get it out, and after a few days we realized that the mouse had died in the wall. Phew! I grabbed the Stinkers!, sprayed inside and around the area of the crack as best as I could, and then gave the rest of the room a few quick spritzes for good measure. Done and done! I thought that I would have to spray the Stinkers! a few times over the next couple of days, but once was enough! 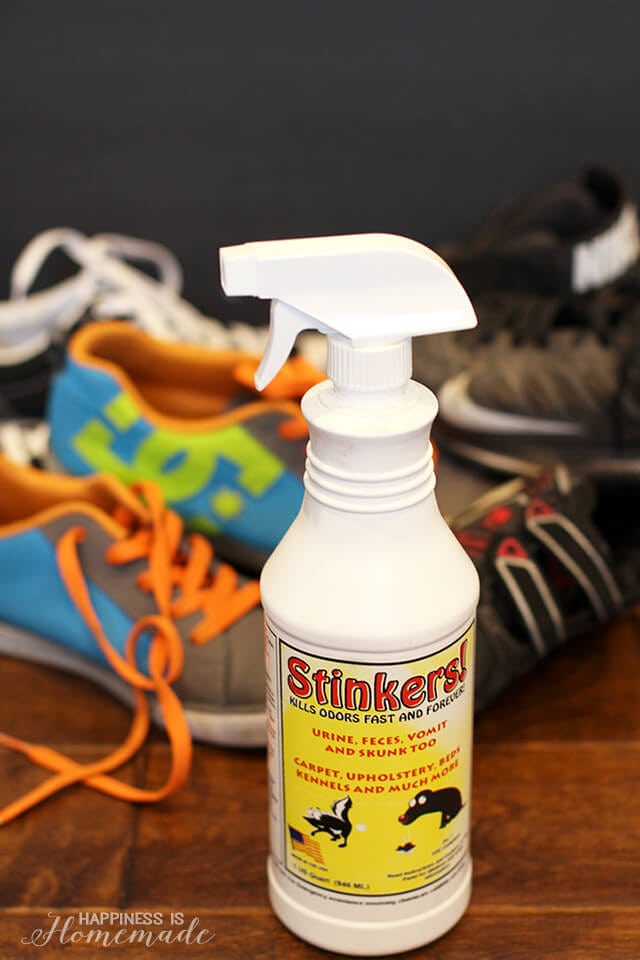 3. Stinky Shoes & Poo – One or two pairs of stinky boy’s shoes may not seem like a big deal, but in our house, all three boys store ALL of their shoes in a small space that’s only 2′ x 3′. That’s a lot of sweaty sneakers, dirty cleats and musty rain boots in one tiny area! A few sprays of Stinkers! in their shoes and storage baskets, and our mudroom area smells fresh and clean again!

Oh, and in case you’re wondering, Stinkers! also works great when those little feet track in something other than mud on their shoes, too – yuck! 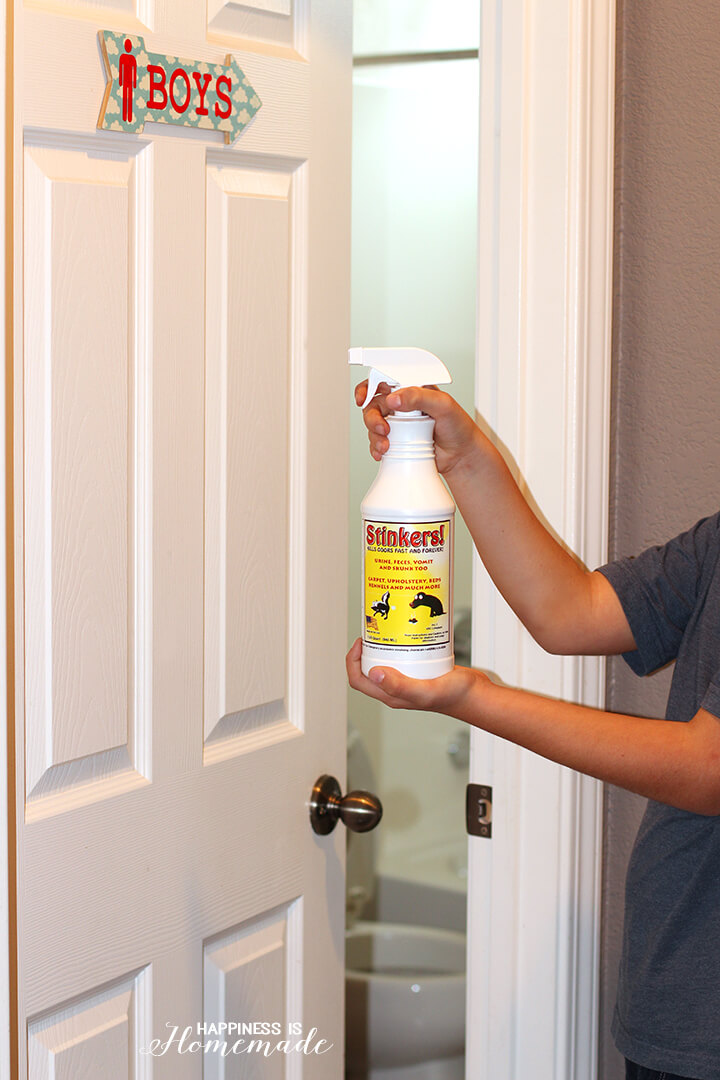 4. Boys Bathroom – The stinkiest place in our house is our boys’ bathroom, hands down. It’s the bathroom of choice for all three of my boys and all of the neighborhood kids who spend most of their time hanging out here. It’s definitely well used, and no matter how often it’s cleaned, it always has a lingering “boy smell.”  After the boys cleaned up the bathroom, I sprayed a good amount of Stinkers! on the rugs and shower curtain and gave the entire room a quick spray. The Stinkers! worked SO well at getting rid of the funky bathroom smell that even after a week the room still smells fresh! I’ll be storing my bottle of Stinkers! underneath their bathroom sink from now on so that it’s always handy and convenient! 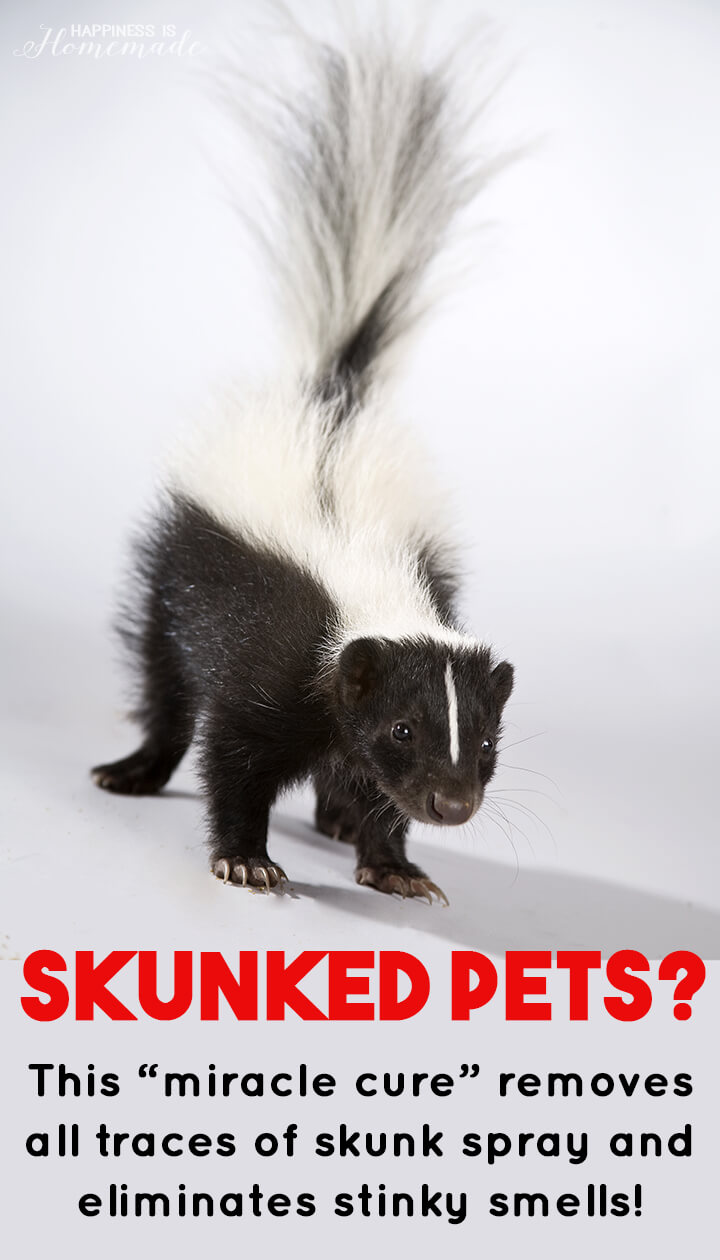 5.  Skunked Pet – fortunately, we didn’t have the displeasure of testing out this awful stench firsthand, but my friend at CTI Clean used Stinkers! to neutralize an entire vial of skunk spray, and she made a video of it for you to check out:

I certainly hope that I never have to use Stinkers! for skunk spray, but I’m pretty confident that it would do a great job. According to one of the many 5-star reviews on Amazon, “Skunks and my dogs meet each other on a regular basis on my ranch…forget all those home remedies, this works!” Judging by how well Stinkers! worked on everything else we tested this past month (including that absolutely putrid dead animal stink!), I’m going to take his word for it!

Stinkers! is also great for your other household odors as well – mildew, garbage cans, kennels, litter boxes, fishy and foul kitchen odors, and any other organic odor source. You can purchase Stinkers! online at CTI Clean, Amazon, Ebay or in your local Ace Hardware store.