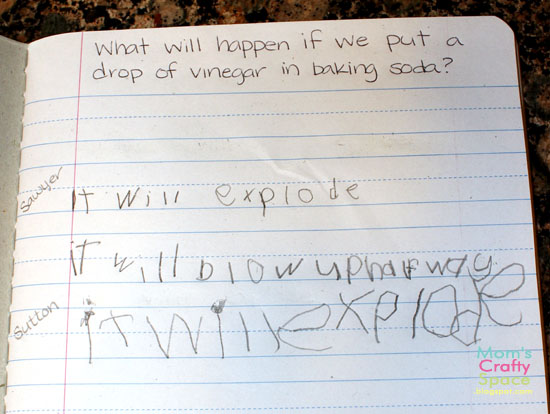 To keep my boys from getting bored over Summer break, we decided to add an element of fun by choosing a theme for each week to base our activities around. Sawyer chose this week’s theme: Science Experiments. This is such a fun topic because there are a ton of great ideas out there that are perfect for their age group (5-6).
EXPERIMENT #1: MIXING VINEGAR & BAKING SODA

I decided to stick with the basics today since I knew that the boys would get a huge kick out of mixing vinegar and baking soda. It’s been awhile since we did this, so I started by asking them to record their hypothesis in our “official science notebook.” They both guessed that a drop of vinegar would explode in baking soda. I tinted our vinegar green with food coloring so that it would be easier to see. 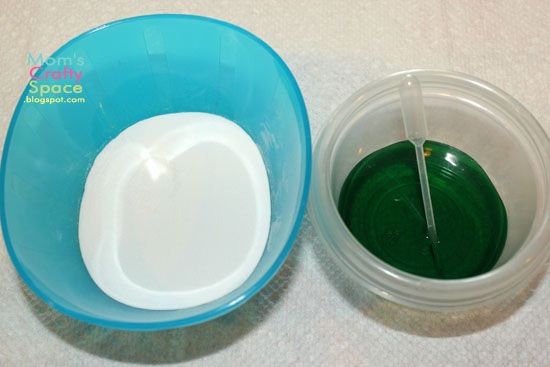 Let’s see what happens when we add a single drop…

The single drops did NOT explode, much to the boys’ dismay. They noted that they could see “teeny tiny little bubbles in the green drop,” but not much else.
Next, we tried a whole dropper full of vinegar… 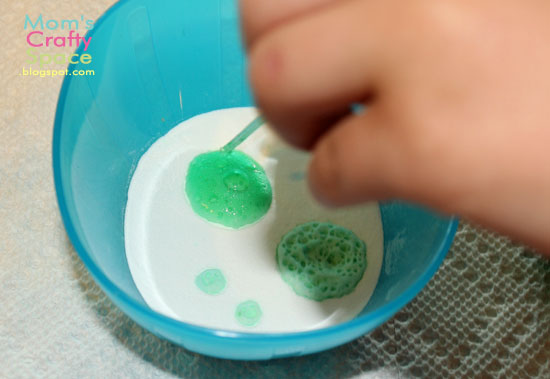 Suddenly those little teeny bubbles were much larger and easier to see! The best part was that they could really see the fizzing action when they used an entire dropper full.
They played with mixing the two ingredients this way for quite awhile and also dug tunnels and injected the vinegar into the bottom of the pile of baking soda to form mini-volcanoes. Eventually we poured the whole container of vinegar into the bowl to watch the big erruption (but didn’t get a picture of it since the tiny toddler was insistent on “helping” out at the time :)).
I explained to the boys that mixing vinegar and baking soda creates carbon dioxide gas (that’s what is released from those tiny bubbles!), and they were anxious to see how else we could experiment with their new found knowledge. How could I resist when the kids were begging for more science?!
EXPERIMENT #2: EXPLODING BAGS 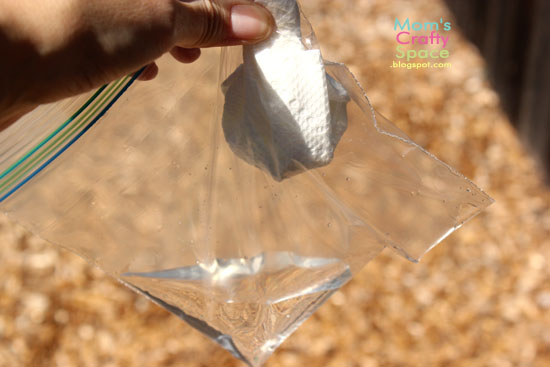 For this experiment we poured several inches of vinegar into the bottom of a sandwich sized bag (use a double zipper bag if possible). Tear off a 3″ square of paper towel, pour a pile of baking soda into the middle of it (I’d estimate we used about 3 tbsp), and gather the corners to form a sealed packet.
Sawyer hypothesized, “I know it’s going to explode because we got to watch the big kids do this at school!” Naturally, Sutton agreed. Time to put that theory to the test!
Unzip the corner of your vinegar filled baggie, and insert the baking soda pouch – if you look at the picture above you can see that we tried to pinch the baking soda pouch in the corner and away from the vinegar as we re-sealed the bag entirely. 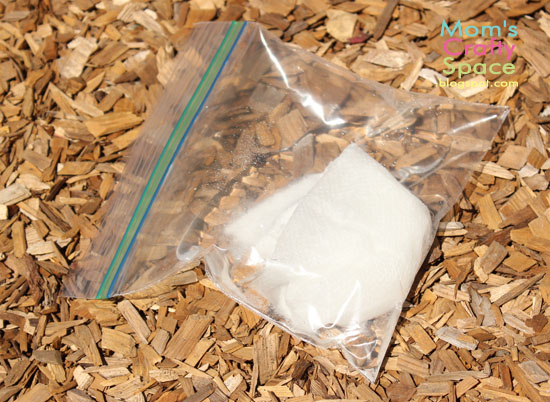 When the bag is sealed, toss it on to the ground to mix the components, and stand back – the reaction happens quickly! You’ll see the mixture start to bubble and fizz, and then the bag will start rapidly filling up with carbon dioxide gas. 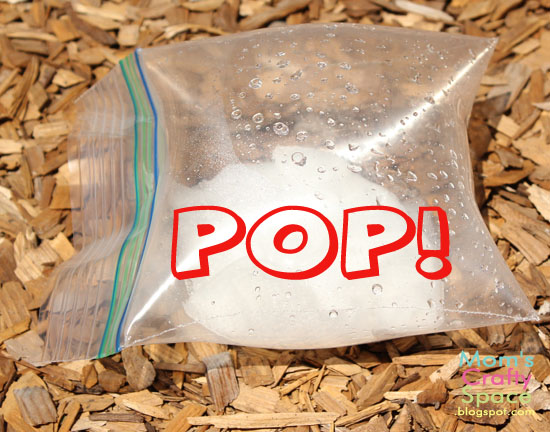 My boys LOVED this part! In fact, we had to repeat the experiment several more times, each with a satisfying POP! as the bag exceeded maximum capacity! They probably would have done this ALL day long, but I told them we needed to save some vinegar for our next experiments. Next up, we’re going to experiment with blowing up balloons with the gas, and we’ll also be creating “rubber” eggs! 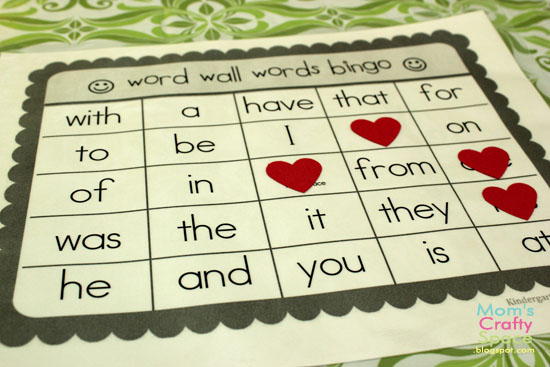 We also played a bunch of rounds of Sight Word Bingo (Word Wall Words Bingo) – highly recommended, especially if you have a somewhat stubborn and resistant reader. This gave us a ton of sight word practice all while having fun (and not losing our patience a single time!):)