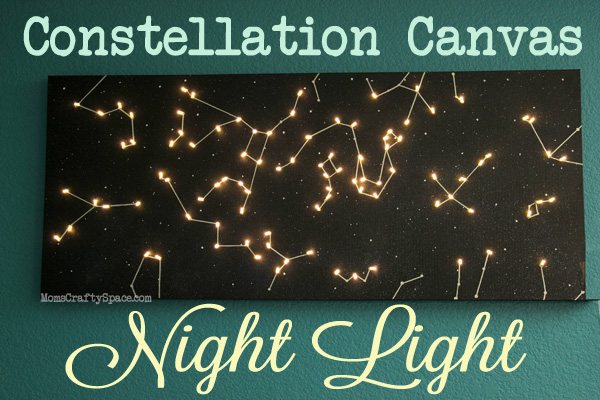 Sawyer, my six-year-old, sleeps on the top bunk bed. Last summer his little brother got his bottom bunk turned into a pirate fort, and Sawyer has been wanting something special to decorate his own bunk ever since. We put up some glow-in-the-dark stars, but it still wasn’t really cool enough.

When I ran across some large canvases at a local swap meet for only $1, I knew exactly what I wanted to do with them! 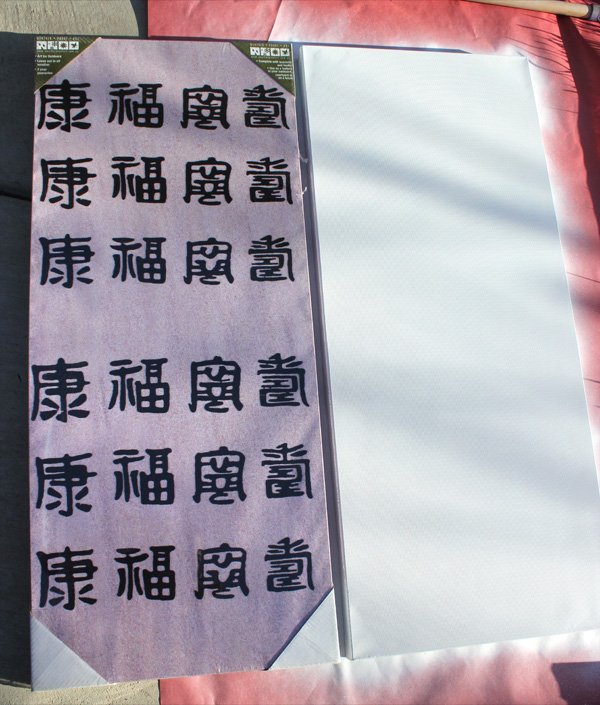 I started by giving my canvas a coat of spray primer since these aren’t ordinary canvas. They’re made to be hung outdoors, so the “canvas” part is actually a textured vinyl. I used a plastic primer, and then spray painted the entire canvas flat black. 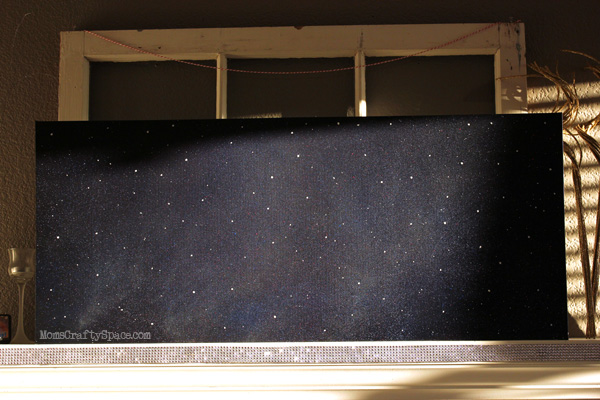 After the black paint dried I took the canvas outdoors on a windy afternoon and sprayed it from about 10 feet away with purple, blue, neon pink and white paint to give it the effect of a galaxy. I varied the pressure that I put on the nozzle so that I ended up with some splatters that look like larger stars. 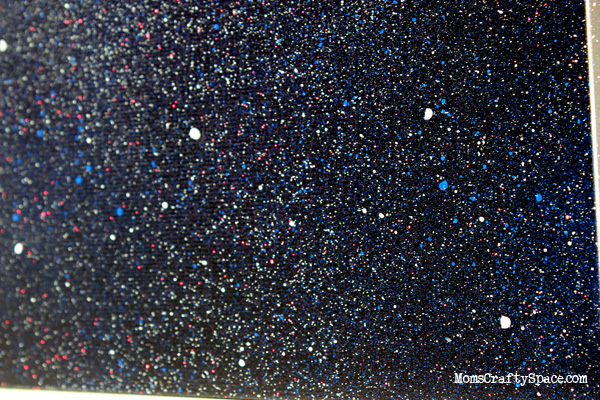 I printed out a black & white transparency of the Northern Hemisphere constellations and projected it on to my canvas. I fiddled around with the placement until I liked the way it looked, but I didn’t pay much attention to the direction that anything is facing – just what I thought looked best. 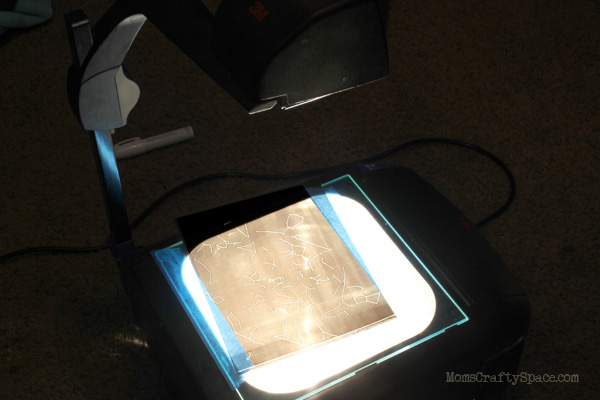 I started by drawing all of the dots/stars first, and then I went back in and connected them with a metallic silver Sharpie paint marker.

Count your constellation stars and determine which ones you want to make glow – the strand of lights only has 100 bulbs, so you may need to omit a few. I chose not to light up anything that came too close to the edges of my canvas. 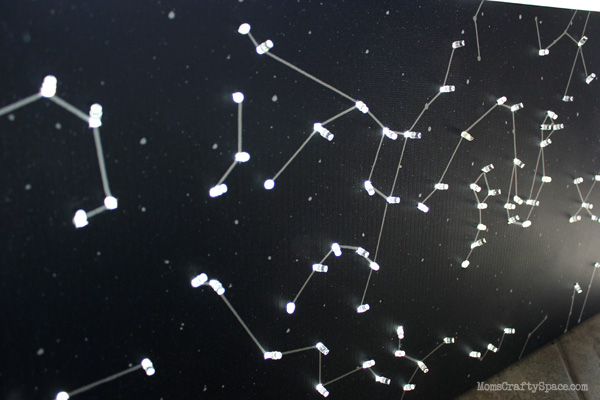 I love how much the little lights remind me of Lite Brite pegs! 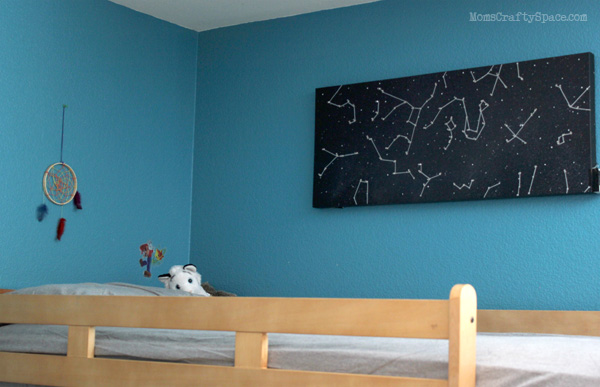 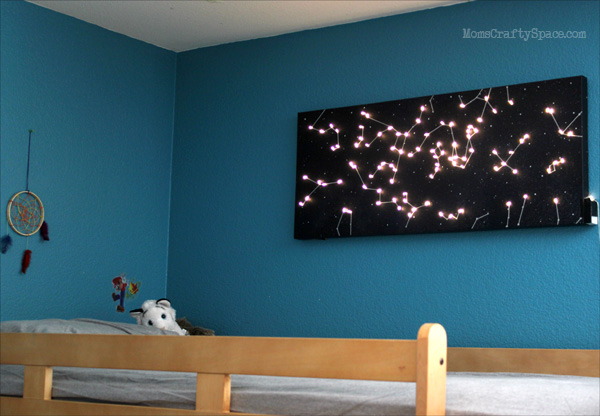 I’m pretty sure that I could fall asleep to this soft twinkle every night! The fairy lights actually have 8 different settings, so you can set them to fade, twinkle, blink and something that flashes so quickly it might be seizure-inducing. We put ours on both a dimmer and a timer so that they’re not too bright, and they come on automatically at bedtime. 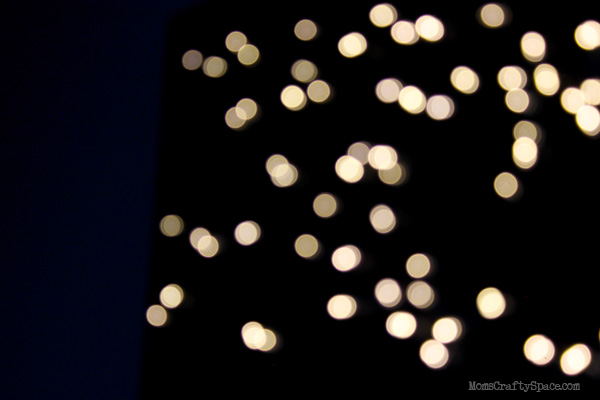 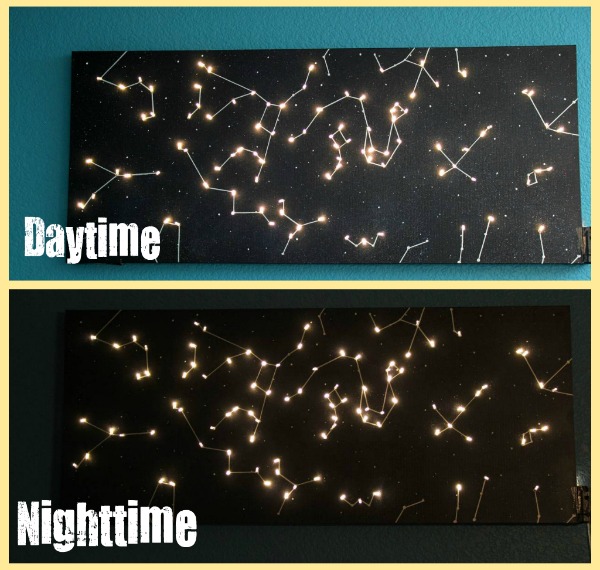