This is a sponsored post written by me on behalf of Nickelodeon for IZEA. All opinions are 100% mine. 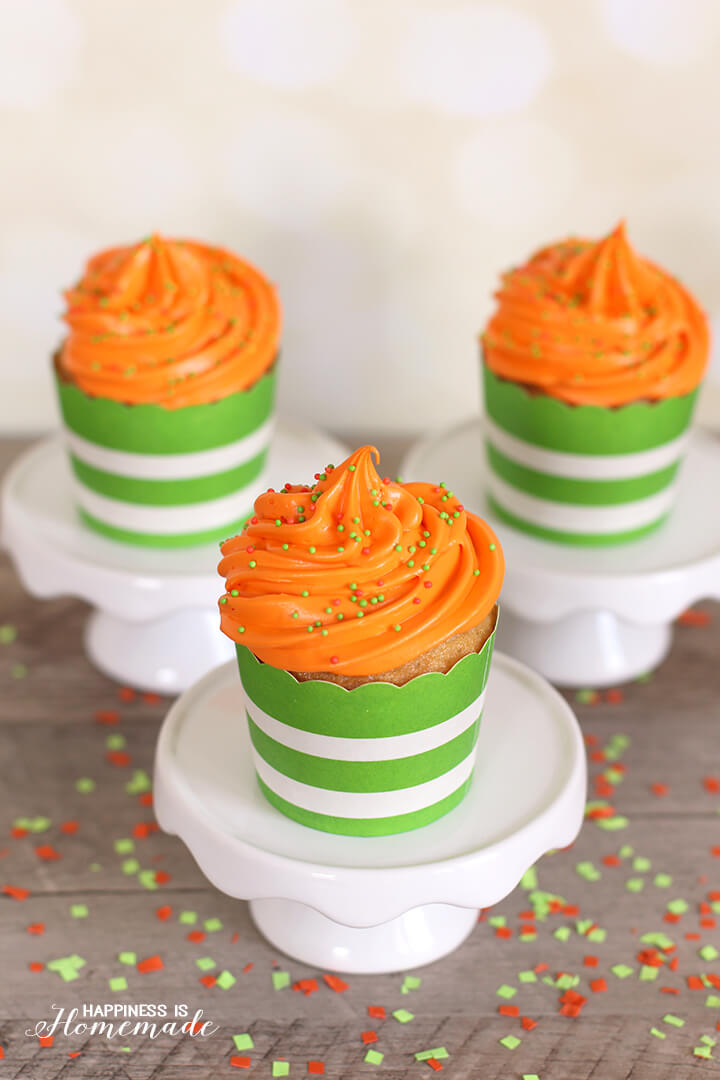 The 2015 Nickelodeon Kids’ Choice Awards are coming up this Saturday, March 28th, and my boys couldn’t be more excited about it. For weeks they’ve been watching the awards show preview, and laughing hysterically as their favorite stars get “slimed.” 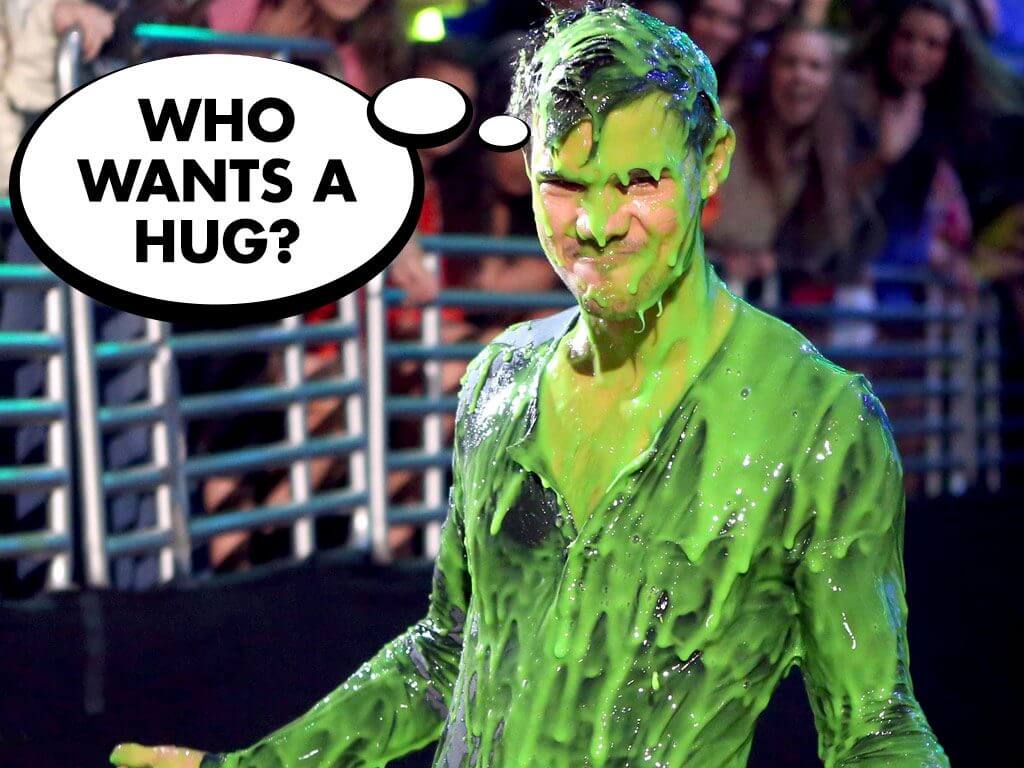 To celebrate this year’s Nickelodeon Kids’ Choice Awards, I whipped up a batch of bright green “slime” filled cupcakes and a fun printable bingo game that you can play as you watch the show.  “Slime” cupcakes may not sound very appealing, but they are absolutely delicious (trust me…I’ve eaten two already!)! The “slime” is a sweet and tangy meyer lemon curd that has been dyed bright green and tucked inside of an exquisite vanilla cake. 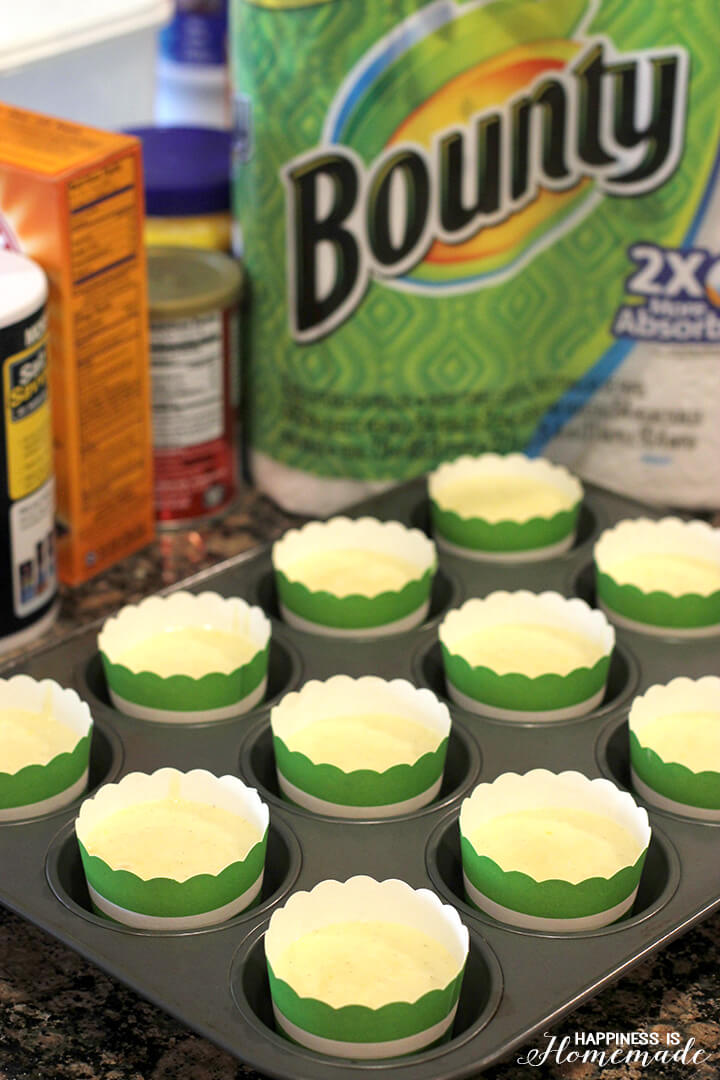 Whenever my boys are going to help me bake or cook, I set out and arrange all of the ingredients and everything we might need ahead of time. I always make sure that my supplies include a bunch of Bounty paper towels, because let’s be real, I’m cooking with three boys under the age of 9. Messes are just part of the experience! For our Kids’ Choice Awards cupcakes, we used an incredible homemade vanilla cake recipe from my friend Glory at Glorious Treats. I’ve never had much success in making a delicious vanilla cake from scratch (they always taste a bit boring and blah), but this recipe makes vanilla taste just as good as chocolate. That’s high praise, indeed! 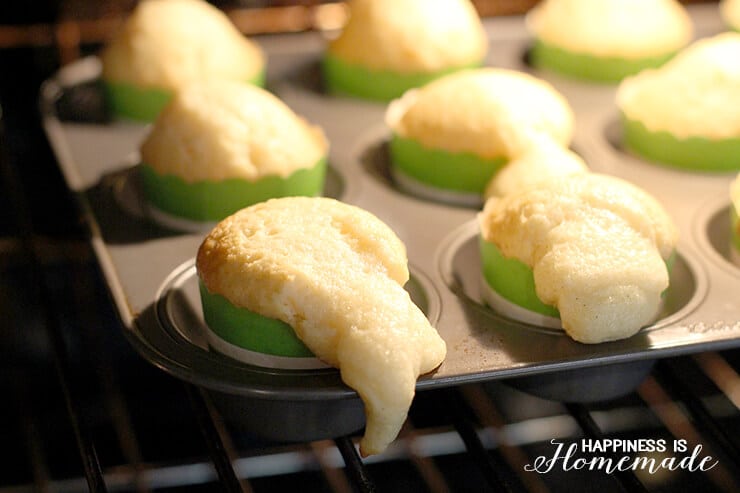 Also, when you’re cooking with kids, there’s a good possibility that you may get distracted and forget to turn off your oven’s convection setting. There’s also a good possibility that the convection fan will  blow down your towering oversized cupcake tops (from the liners that the kids filled completely full instead of 2/3 full!) and make a mess out of your pan and oven. Not that we have any experience with that or anything. (Good thing I bought the 2-pack of Bounty!). Luckily, spilled cupcake tops are a simple fix – just trim off the excess with a sharp paring knife! 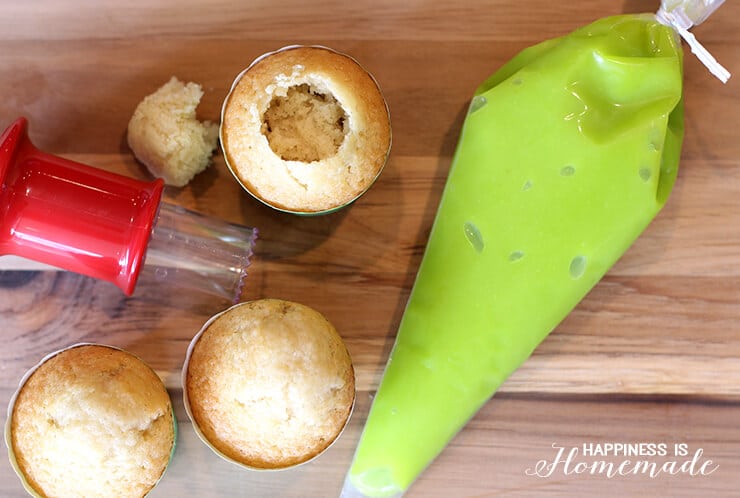 To make our “slime” filling, I made a batch of Ina Garten’s lemon curd (using Meyer lemons), and dyed it with neon green food coloring. I used a cupcake corer to remove the center of each cupcake, and then filled the middle with lemon “slime”. 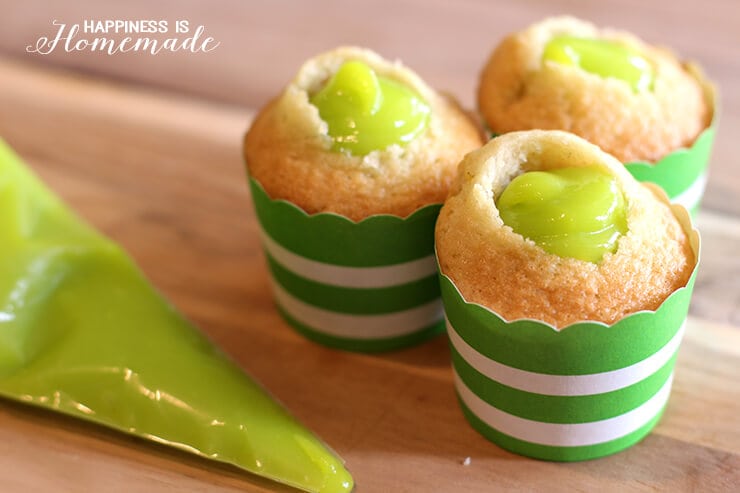 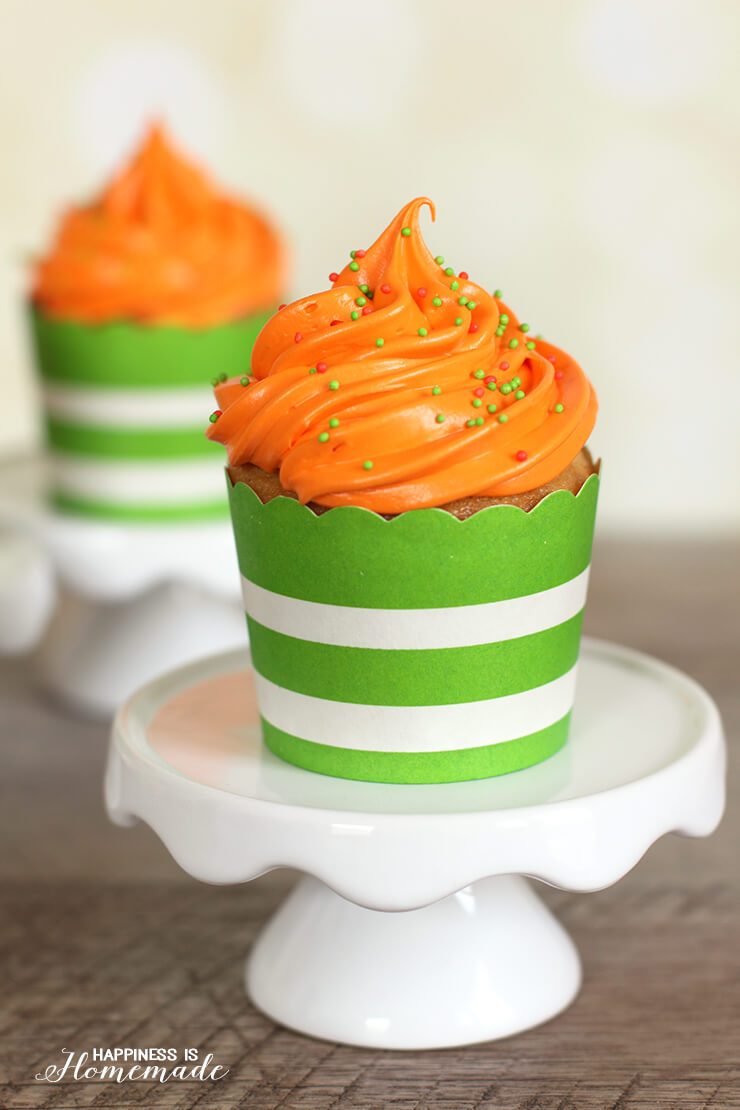 Topped off with a swirl of bright Nickelodeon orange frosting and some lime green and dark orange sprinkles! 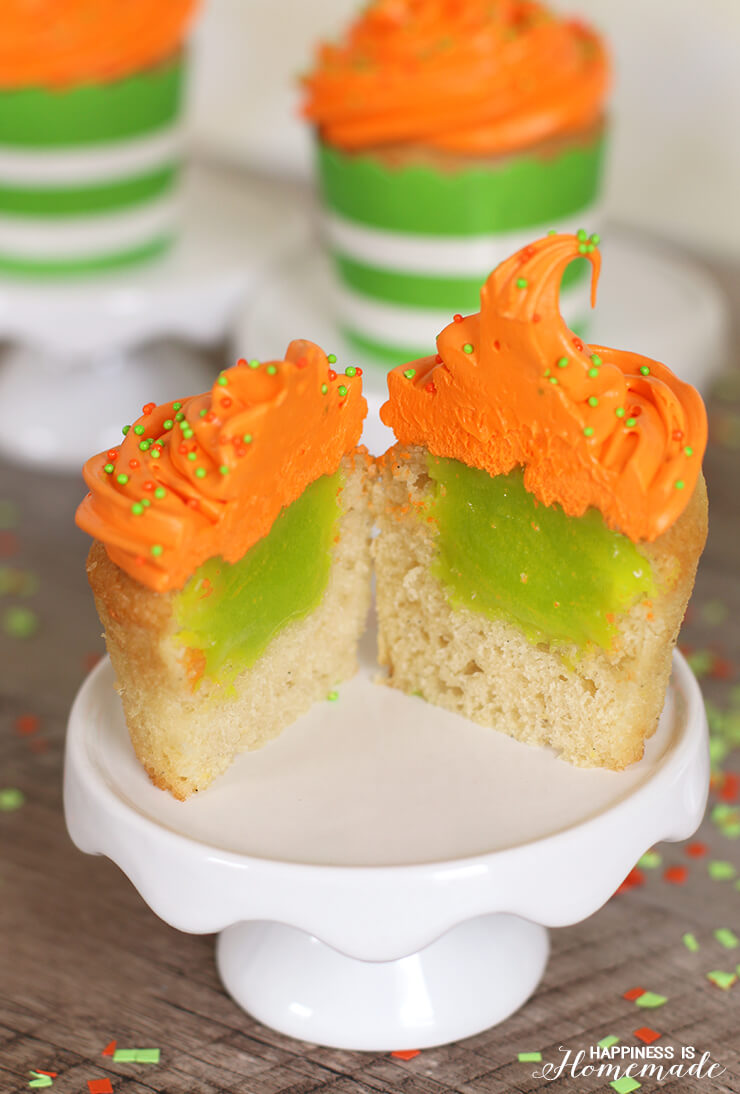 The flavor of the fresh lemon filling works SO well with the vanilla cake – it’s seriously magical (and slimetastic!). 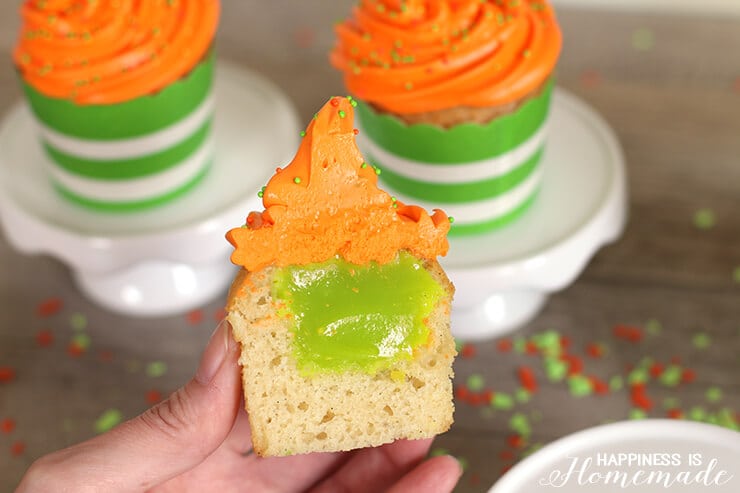 I could eat these all. the. time.

The cupcakes were a HUGE hit with the kids! They went crazy over the ‘slime” filling, and they thought the bright orange frosting was awesome! 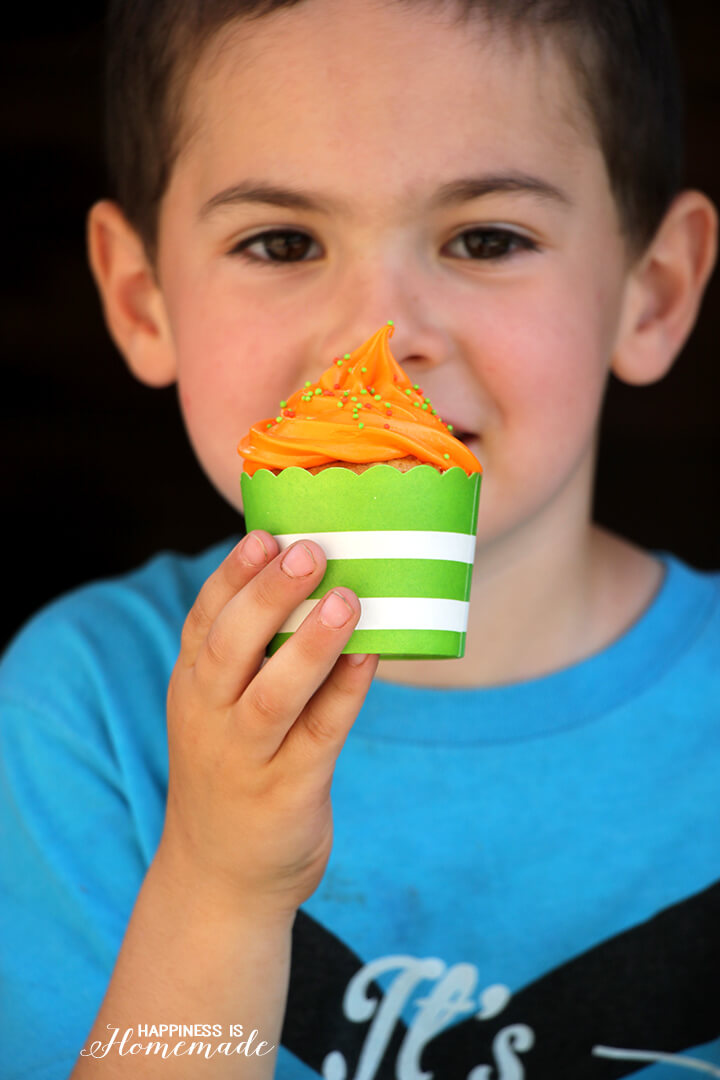 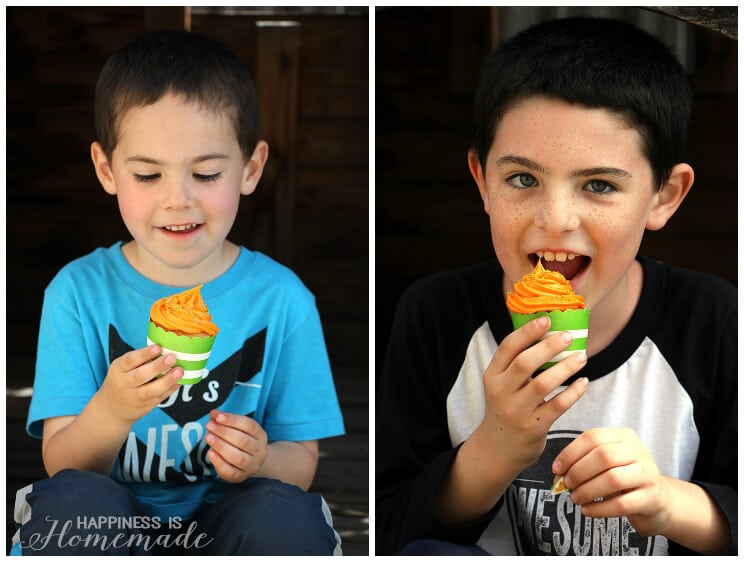 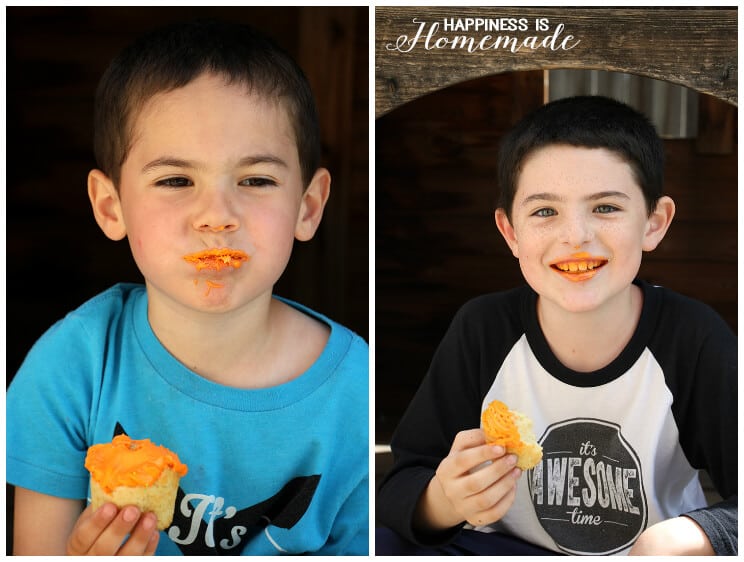 (yet another reason I’m glad I picked up the Bounty 2-pack!)

The kids all declared that these are the perfect cupcakes to eat while watching the Kids’ Choice Awards! 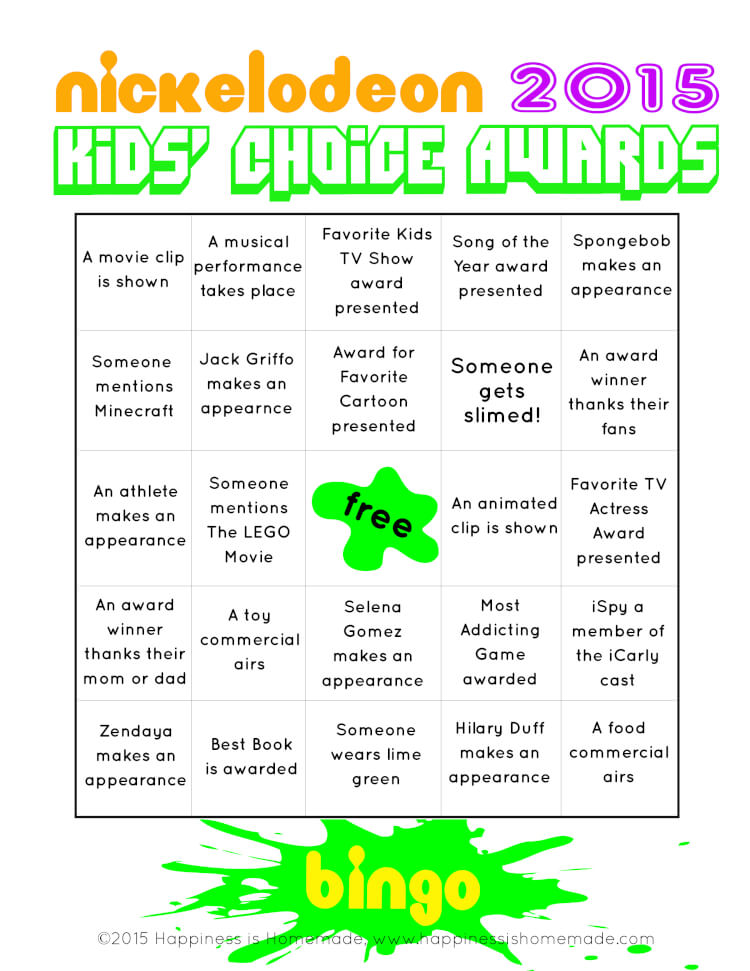 Want to make watching the awards show (on Saturday, March 28th!) even MORE fun?!  Download & Print the 2015 Nickelodeon Kids’ Choice Awards Bingo game, and play along during the show! 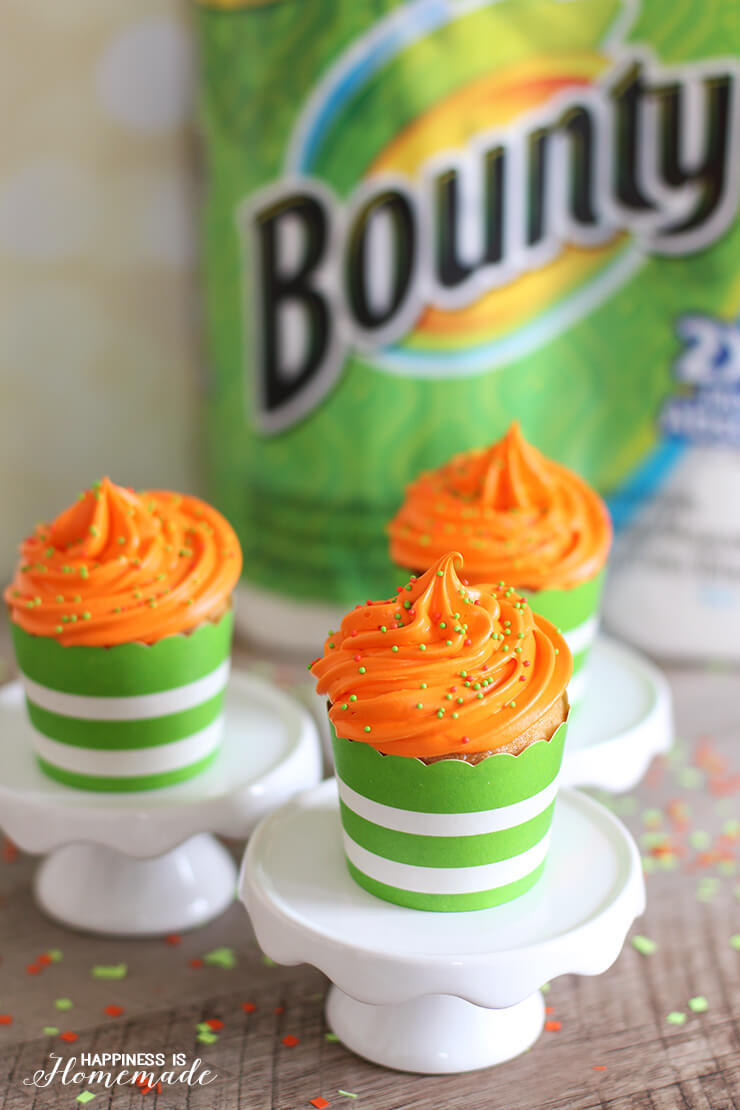 Have a great time watching the Nickelodeon Kids’ Choice Awards this weekend! In the meantime, Get more slime content and tweet your own with #SlimeOn. Head to @NickBreaks and enter #SlimeOnSweeps for a chance to win prizes thanks to @Bounty