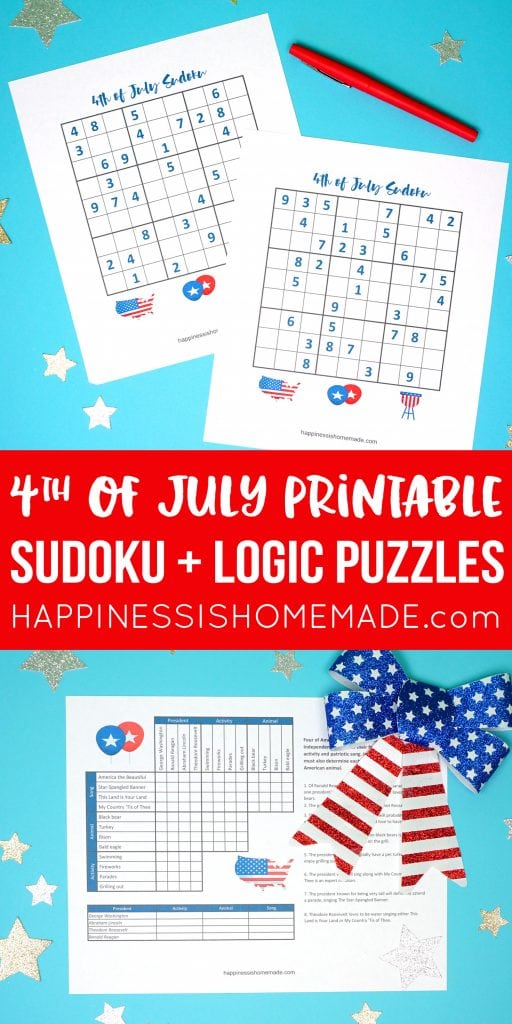 Free Printable Sudoku Puzzles decorated for the 4th of July + a bonus printable Presidential Logic Puzzle – the perfect way to pass the time before the fireworks begin! 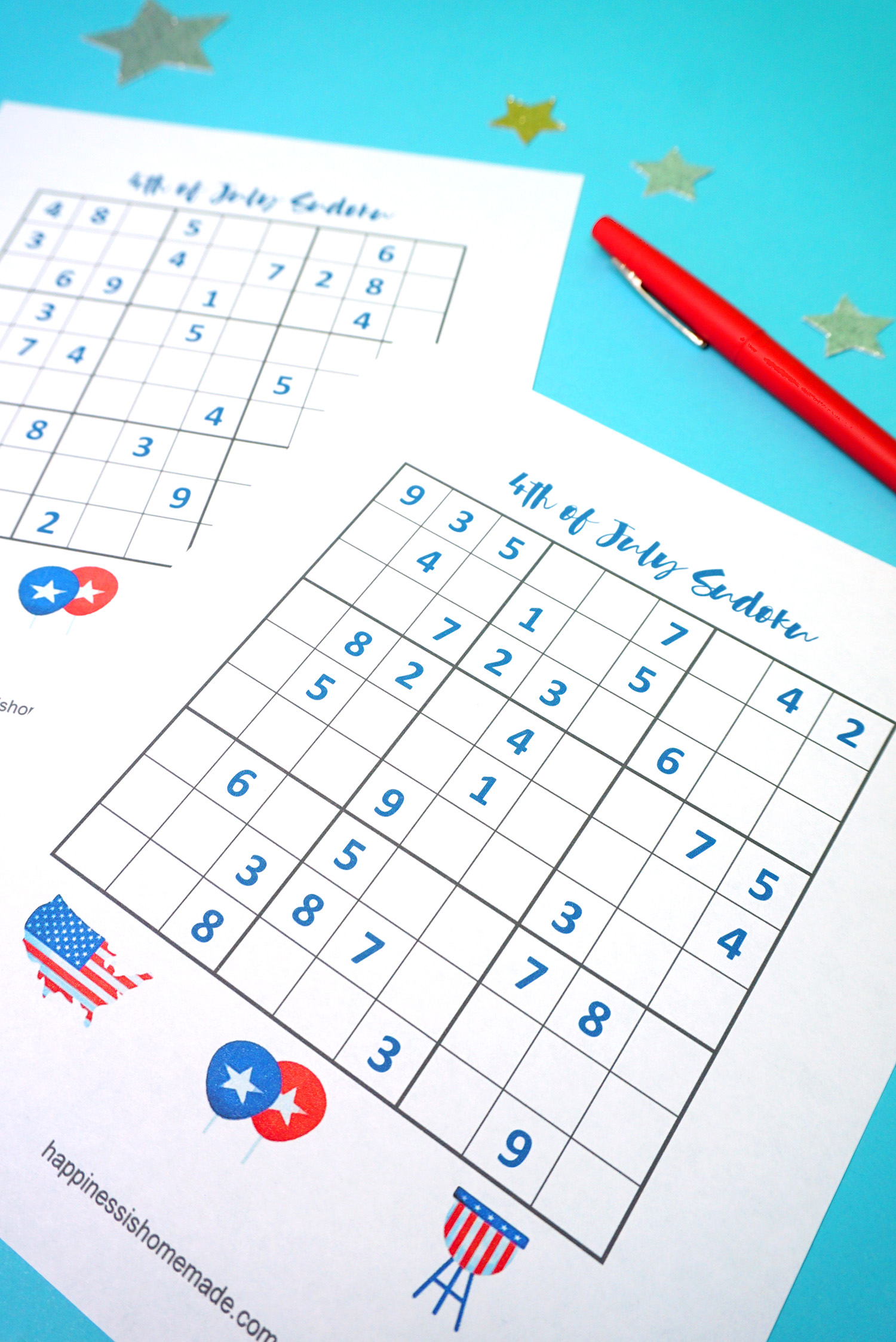 Do you love free printable Sudoku puzzles? I sure do! Sudoku puzzle games are one of my favorite ways to pass the time when I’m traveling or waiting somewhere, so I thought that a 4th of July Sudoku printable would be the perfect way for families to pass some time before the big fireworks show begins! 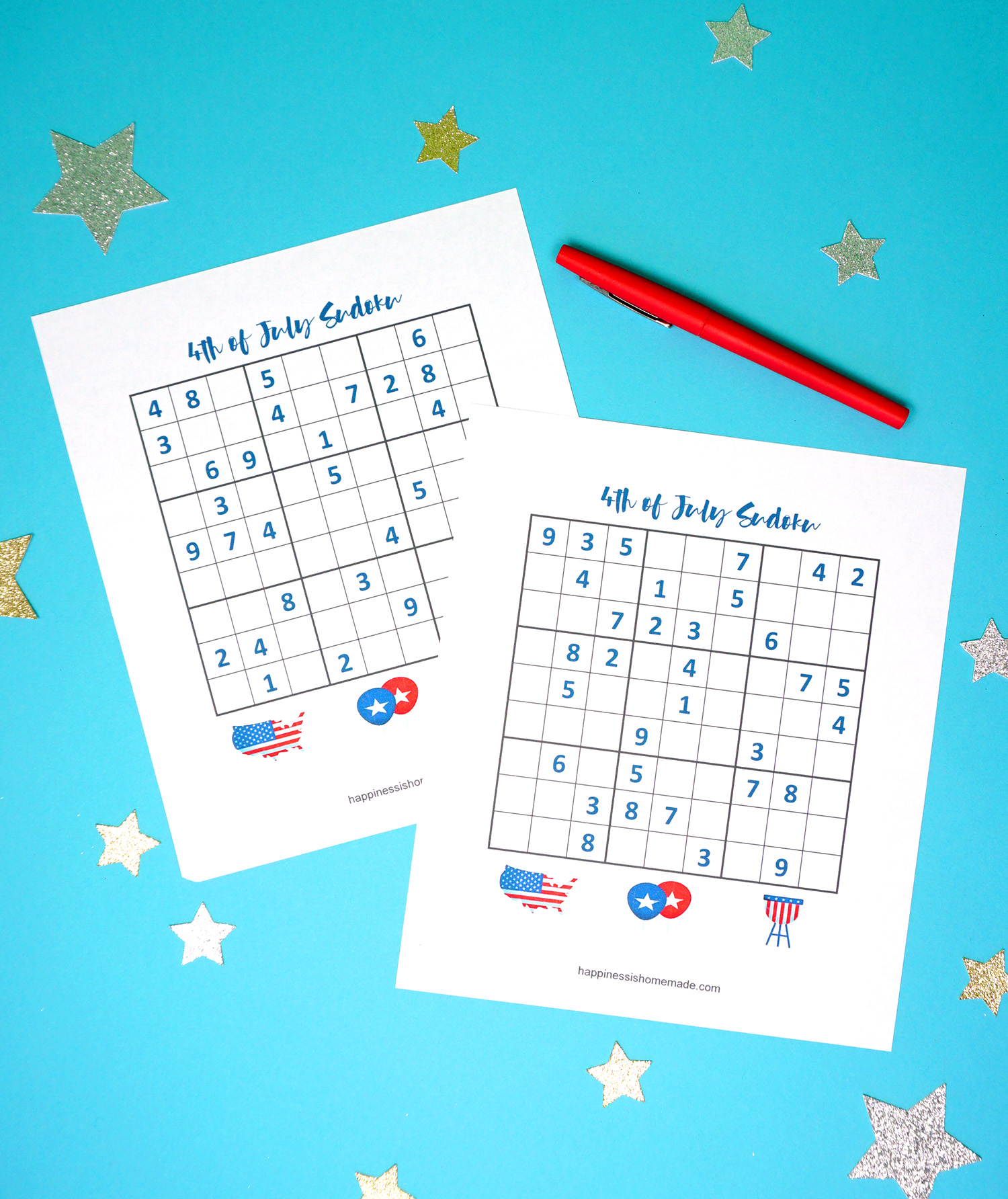 If you’ve never played Sudoku before, I guarantee that you’ll be hooked after trying it! These printable Sudoku puzzles are easy enough for beginners and kids, but still challenging enough that they take a little while to complete. Sudoku has been scientifically proven to help increase memory and concentration, keep your brain stimulated (which is also linked to a reduced risk of Alzheimer’s), and even make you feel happier! 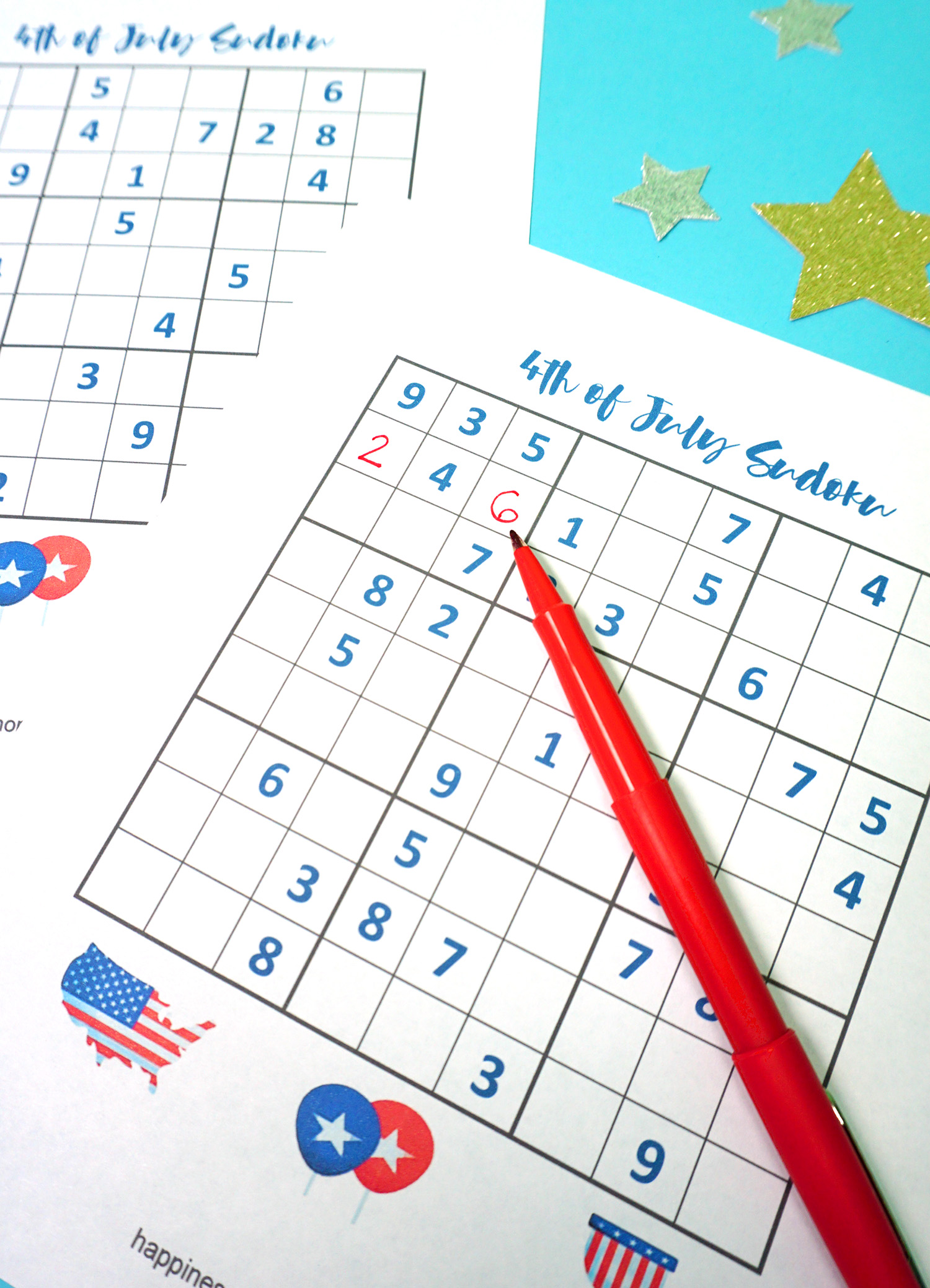 How to Play Sudoku:

Sudoku is a logic game using the numbers 1-9. The game is played on a 9×9 square grid which is sub-divided into nine smaller 3×3 grids. The object is to fill all empty squares so that the numbers 1 to 9 appear exactly once in each row, column and 3×3 grid. Using the supplied numbers pre-printed in the boxes along with logic and the process of elimination, players must fill each row, column, and grid section with all of the numbers from 1-9. (For more detailed instructions, CLICK HERE) 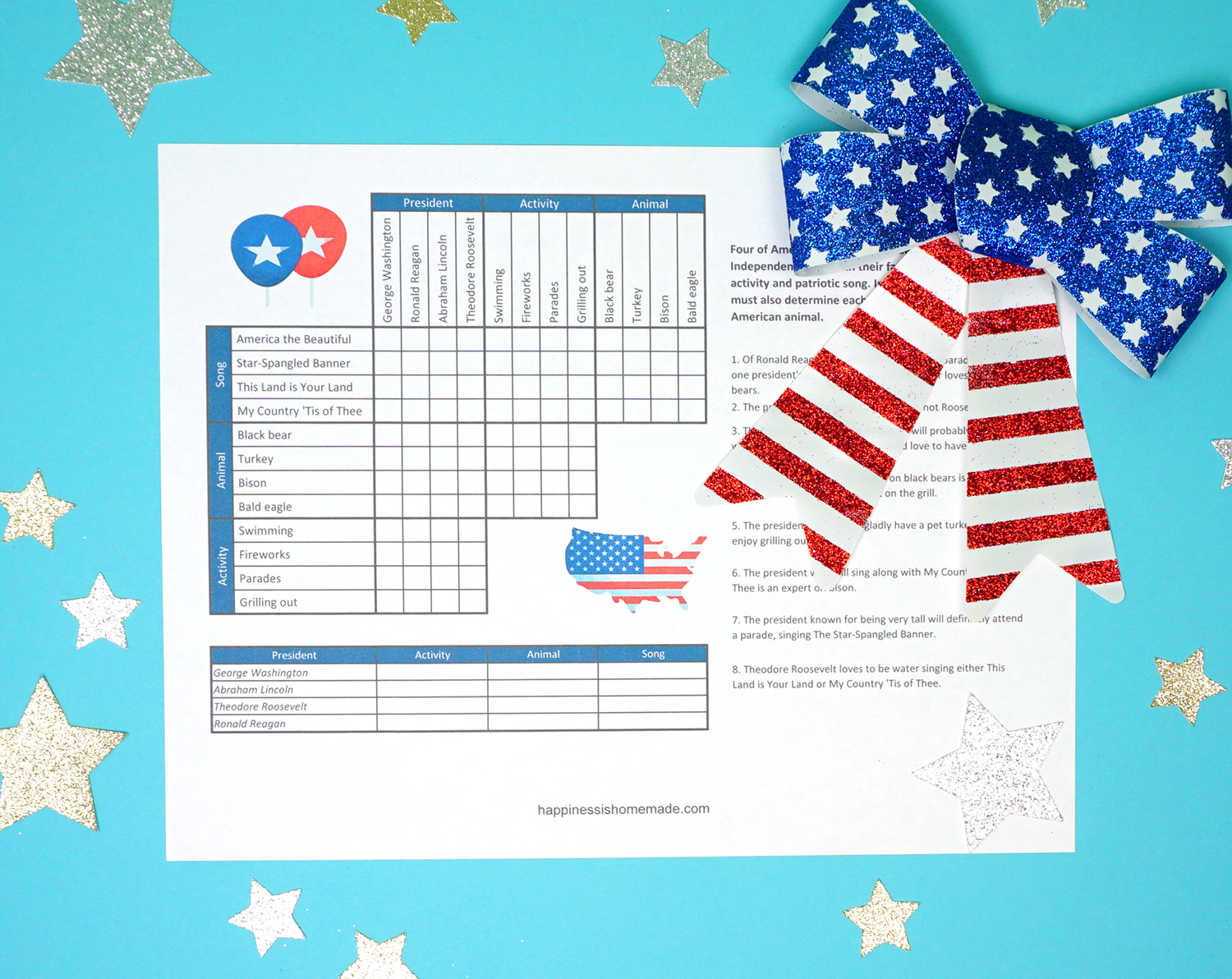 I have also been a HUGE fan of logic puzzles ever since my third-grade teacher asked us complete one every Friday morning, racing to see who could solve it the fastest to win a Tootsie Pop! This patriotic logic puzzle combines some of your favorite presidents with classic American songs for a brain-bending puzzle that’s a ton of fun! 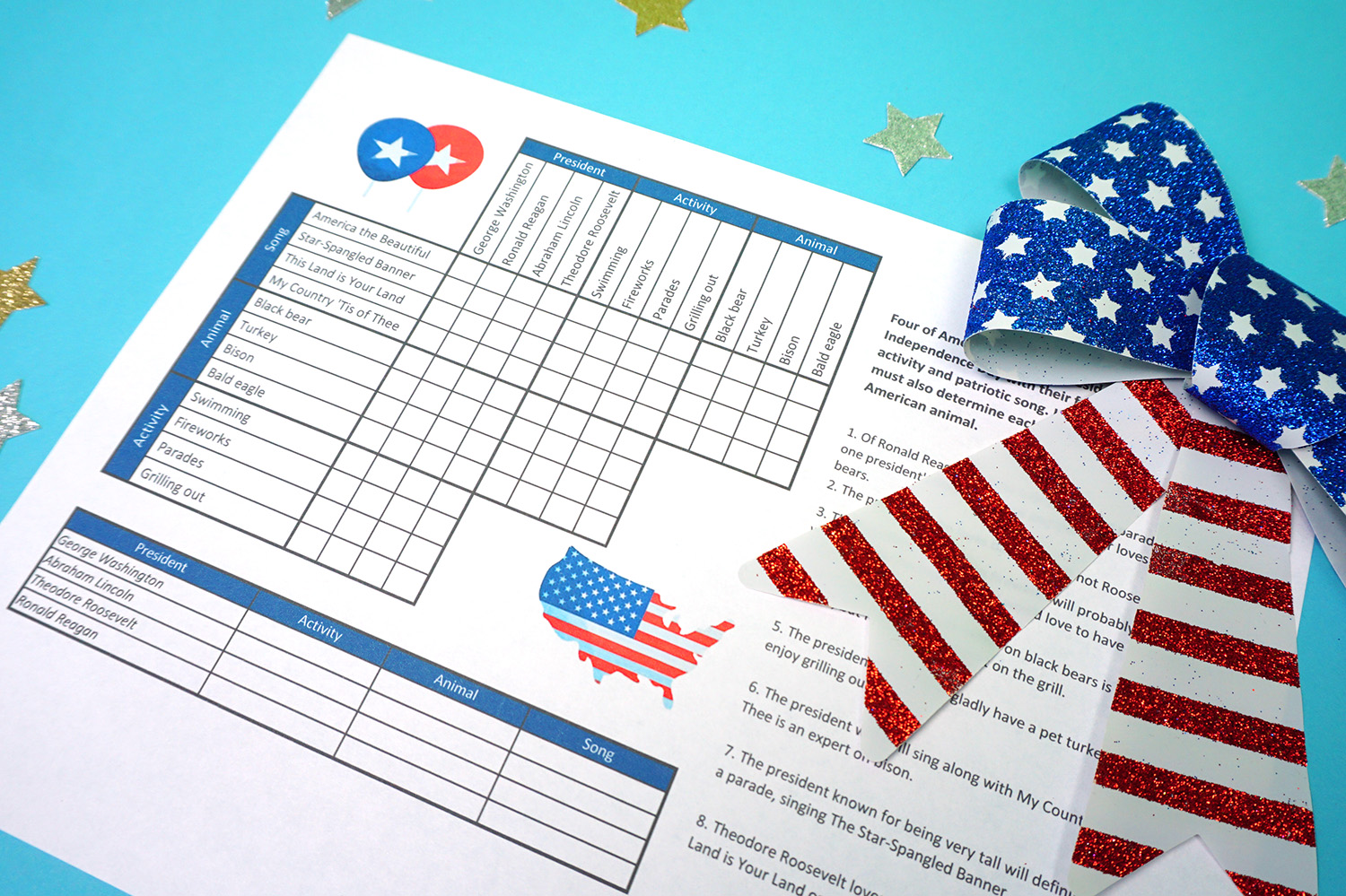 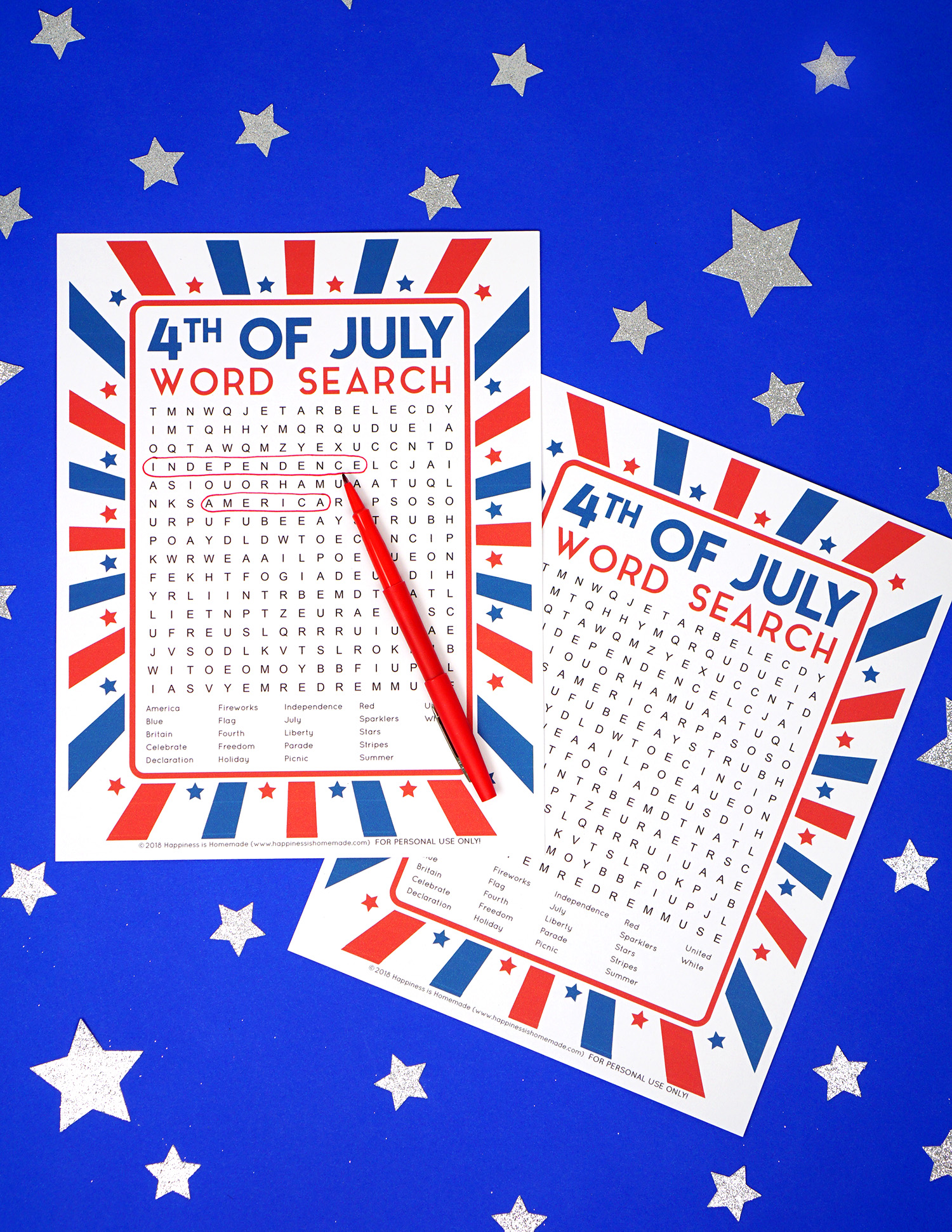 Pin the 4th of July Sudoku + Logic Puzzles for Later! 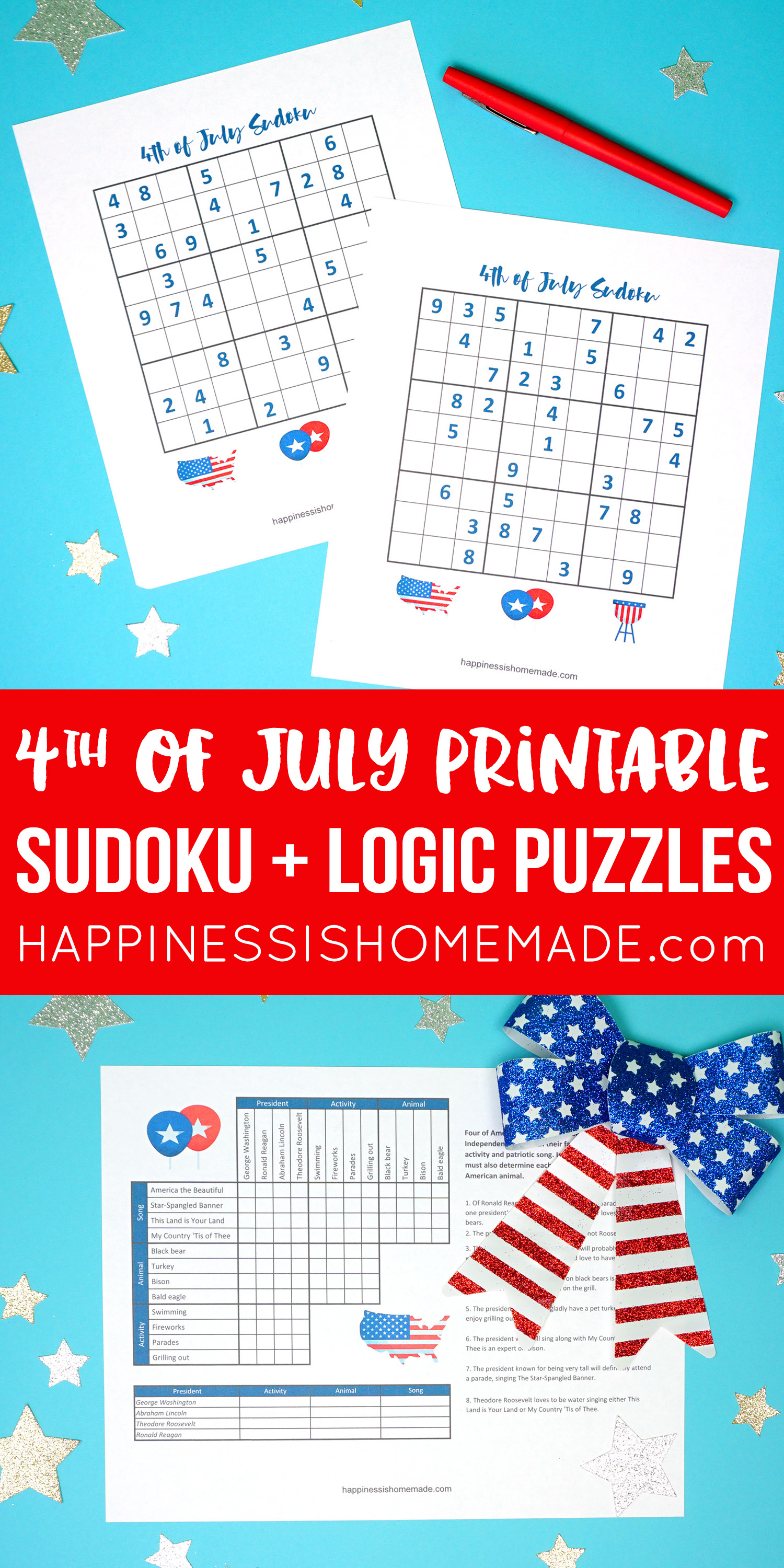